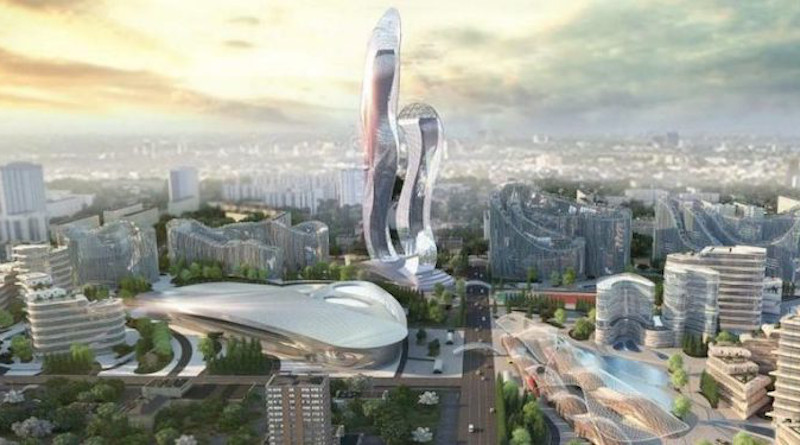 The Senegalese-American RnB singer Akon has just announced the laying of the foundation stone for the construction of the green and futuristic Akon City in western Senegal. Source: Afrik21.

Can a fish and peanut-based economy ramp up to become a world-class industrial powerhouse when money is tight and oil discoveries may not bring the hoped-for rewards?

That’s the question for Senegalese people to consider as hopes placed in their president, Macky Sall, and his “Plan for an Emerging Senegal” sputter forward.

Billboards touting the President’s ambitious schemes promising wealth, jobs and social inclusion line the streets of the capital city Dakar while talk on the street focuses on a string of major oil and gas discoveries off its coast, which the government hopes will make Senegal an oil exporter in the coming years.

Senegal has a young population with a median age of 18.4 years, eager to find work.

But oil prices globally are low and have yet to turn around while over-exuberant government spending could negatively impact future growth.

“The young need jobs and they can’t eat concrete,” worries Elimane Haby Kane, founder and chair of LEGS-Africa, a pan-African think-tank based in Dakar.

The president’s plan for Senegal is facing challenges.

Frequent fliers through the shiny new Blaise Diagne International Airport say they are dreading the 90-minute drive into Dakar. A taxi ride to the airport costs around $35; the ride to the old one cost less than $5.

Elimone Thiaw, secretary-general for the union of taxi drivers at the old airport, said that his union had over 500 registered taxis but that so far only 100 of those had been allowed to work at the new airport.

Downtown’s gleaming new high rises with their glass, steel and concrete panels may impress visitors from New York and Paris but how will they fare in Senegal’s warm, dry climate? Huge windows tend to invite uncomfortable heat.

“People are going to have their air conditioning on all day long,” said Mamy Tall, a local architect who runs the Instagram page DakarLives, which has 297,000 followers.

This year, a familiar investor came forward with an ambitious plan for Dakar’s environs. American-born hip hop singer and solar energy promoter known as Akon, said he is raising $6 billion to build a ‘real-life futuristic Wakanda’ in a 2,000-acre cornfield gifted to him by the government. Run on cryptocurrency called Akoin, it will feature luxury condos, a beachfront resort, office parks, a university and a hospital.

Construction of “Akon City,” could begin early next year.