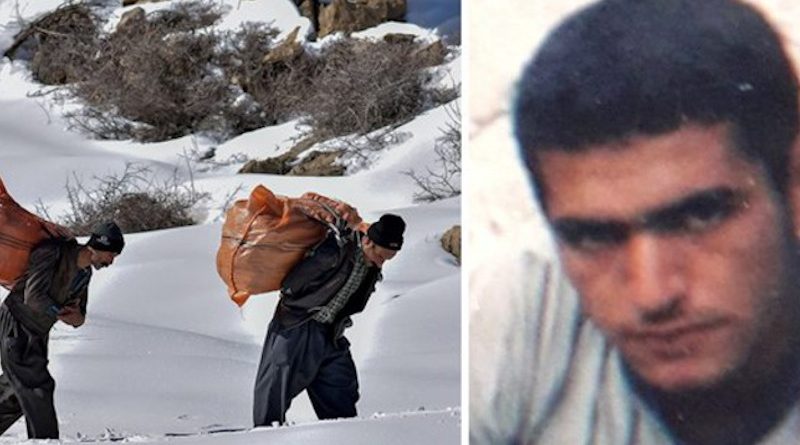 Iranian security forces killed two border porters in Iran’s northwestern border and one man in a western city in the past days.

On November 5, security forces opened fire on a group of border porters or “kolbars” in Chaldoran, northwestern Iran, killing one kolbar. The other kolbars were arrested. Hengaw Organization identified the man who was killed as 38-year-old father of three, Hassan Dallayi Milan.

An informed source said Hassan Dallayi Milan’s body has not been handed over to his family. The report said a total of three kolbars were killed this week while five were wounded in the Kurdistan region in western Iran.

Kolbars are workers who are hired to carry heavy loads across the border for a meager pay. Due to the lack of economic development, increasing poverty and unemployment in western Iran, more and more Iranians are forced to take up this dangerous and harsh occupation. The regime categorizes kolbars as “smugglers” and routinely shoots and kills them.

If not killed by security forces, kolbars die from avalanches, falling off mountains, hyperthermia, and hypothermia.

Many kolbars are university graduates and several are national athletes who have been forced into the life-threatening job for a meager pay.

If injured, most kolbars cannot pay their hospital bills.  According to Hengaw, from 2016 to July 2020, at least 937 Kurd kolbars were injured or killed.

In Ilam, western Iran, the police shot a man in the back.  Hamed Zahrabi passed away after a few days in the hospital.  IranWire said the police accused Hamed of hostage taking using a knife but an eyewitness said he was not carrying any weapons.

The eyewitness said that at around 5am on October 31, he/she saw Hamed Zahrabi who was shot in the back and was crying out for his father.

He was transferred to a hospital but lost his life due to the severity of his wounds.

His family was not allowed to visit him in the hospital and the burial certificate has yet to be issued.

The Iranians regime’s security forces and police have a history of shooting and killing civilians with impunity.

Race Between Vaccines And Virus As Recoveries Diverge – Analysis