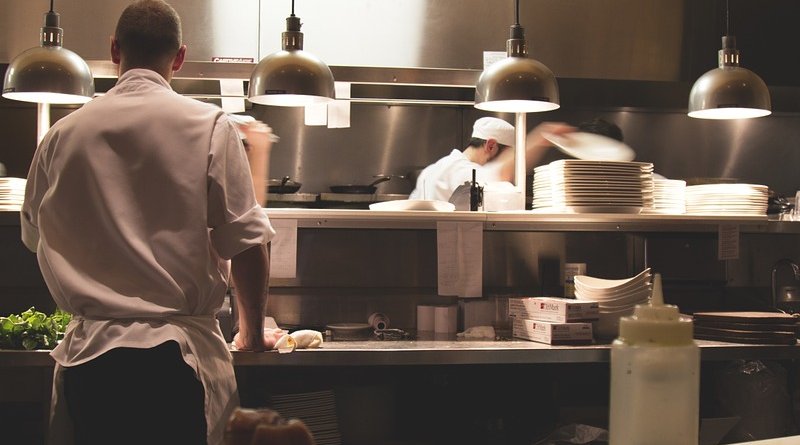 The Bureau of Labor Statistics reported that the economy added 266,000 jobs in November. While this figure is inflated by the return of roughly 50,000 striking GM autoworkers, upward revisions to the prior two months’ data brought the three-month average to a solid 205,000. The unemployment rate edged down to 3.5 percent, returning to a 50-year low.

The job growth was widely spread across industries. Manufacturing added 54,000 jobs, somewhat more than the number of returning strikers. It appears that the sector may again be on a modest growth path, with the number of jobs up 13,000 from its level three months ago and 76,000 from its year-ago level. Food manufacturing is providing the bulk of these gains, adding 19,300 jobs in the last three months and 25,900 over the last year.

Construction employment remains weak, with the sector adding just 1,000 jobs in November. Job growth has averaged just 5,600 a month since June. Support activities for mining, which has been losing jobs since February, lost another 5,700 jobs in November. Employment in that sector is now down 23,700 (6.6 percent) over the last year. Retail added 2,000 jobs for the month, but employment is still down 31,400 (0.2 percent) over the last year.

In spite of the strong job growth and low unemployment rate, there continues to be no evidence of accelerating wage growth. The average hourly wage increased 3.1 percent over the last year. The annual rate of growth over the last three months (September, October, and November), compared to the prior three months (June, July, August), was just 3 percent.

Women’s share of payroll employment edged closer to 50 percent in November, with the figure now standing at 49.992 percent, up from 49.977 percent in October. This should mean that the share will cross 50 percent in December.

The data in the household survey was generally positive. The overall employment-to-population ratio (EPOP) remained at a recovery high of 61.0 percent for the third straight month. The EPOP for prime-age workers (ages 25 to 54) also remained at its recovery high of 80.3 percent. The EPOP for prime-age men edged up 0.2 percent to 86.7 percent, a high reached in March, while the EPOP for women slipped 0.1 percentage point to 74.1 percent, which is still a full percentage point above its year-ago level.

The average duration of unemployment spells fell in November, as did the share of the long-term unemployed. There was a modest increase of 0.1 weeks in the median duration.

Perhaps the most disturbing item in this report was the dip in the share of unemployment due to voluntary quits from 14.5 percent to 13.3 percent. This is extraordinarily low, given the 3.5 percent unemployment rate. On the other hand, it is consistent with what we’re seeing with wage growth, which remains modest, and with no evidence of acceleration.

Another discouraging item in the household data is the decline in the share of the workforce that chooses to work part-time. This fell by 15,000 in November. For the year average to date, this figure is up by less than 0.5 percent, meaning that it is dropping as a share of total employment. The share of voluntary part-time employment had increased sharply after the Affordable Care Act took effect, the recent decline is likely an indication of the increasing difficulty of getting health care coverage outside of employment.

This should be seen as a mostly positive report. The pace of job growth clearly has slowed some from its 2018 rate, but with the economy presumably approaching full employment, this was inevitable. The major downside is that workers seem to remain insecure about their employment prospects, as evidenced by the low quit rates and the relatively modest pace of wage growth.

Home » US Economy Adds 266,000 Jobs In November, Unemployment Edges Down To 3.5 Percent – Analysis

One thought on “US Economy Adds 266,000 Jobs In November, Unemployment Edges Down To 3.5 Percent – Analysis”

By Nadim Shehadi* On the day that Iranian Maj. Gen. Qassem Soleimani was assassinated in Baghdad last January, he was

Aid Efforts In Ethiopia’s Tigray Thwarted By Lack Of Access