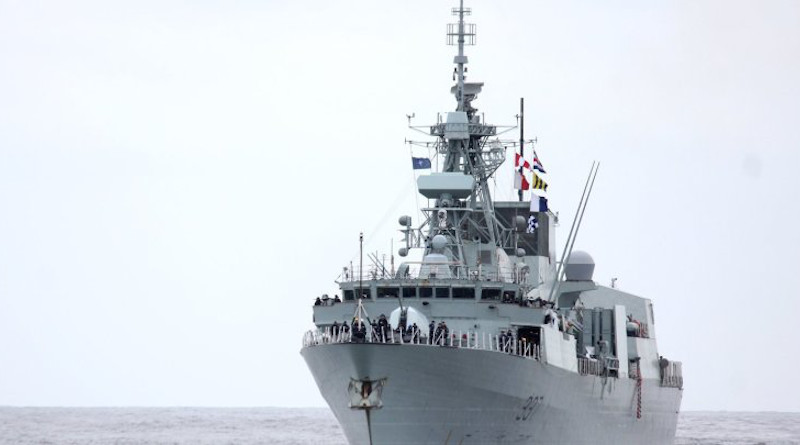 According to the Georgian Interior Ministry, the SNMG2 crews will train with the Georgian Coast Guard’s two U.S.-gifted Island-class patrol boats, aiming to increase interoperability between Georgia and the NATO.

“This port visit is a visible demonstration of NATO-Georgia successful cooperation in terms of the Black Sea maritime security and underlines the Alliance’s continued commitment to Georgia,” noted Georgian Ministry of Interior in its statement.

Commander Paolo Fantoni said “opportunities such as this to exercise and work closely with the Georgian Coast Guard greatly enhance our interoperability between our forces, which can pay significant dividends in future cooperation in the maritime domain.”

Allied Maritime Command noted in its statement that “three Allied nations and two NATO Partner nations border the Black Sea making cooperation, security and stability of keen interest to NATO,” adding that “to support this goal, the Standing Naval Forces of the Alliance have increased their presence in the Black Sea.”

Amid novel coronavirus pandemic, number of COVID-19 preventive measures have taken place, including averting direct or face-to-face contact with Georgian representatives on the ground in Poti. Yet, the exercises at sea involving the Georgian Coast Guard are going ahead as planned.