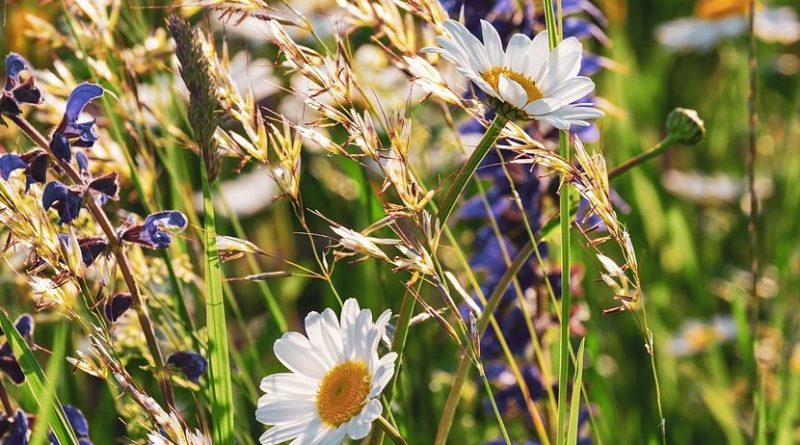 It was – once again – an unusually hot year: in 2018, large parts of Europe were beset by an extremely hot and dry summer. In Switzerland, too, the hot weather got people sweating – right on the heels of a string of unusually warm months. It was – at the time – the third hottest summer and the fourth warmest spring since measurements began in 1864.

A solid base of measurements

Obviously, such unusual weather conditions also had an impact on ecosystems. Scientists from the group led by Nina Buchmann, Professor of Grassland Sciences, have now used extensive measurement data to show exactly how forests, fields and meadows reacted to the exceptional conditions in 2018. The researchers evaluated measurements from five sites, all of which are part of the Swiss FluxNet initiative, explains Mana Gharun, a postdoc in Buchmann’s group and the study’s lead author: “The five sites cover all altitude levels from 400 to 2,000 metres above sea level. This means we’ve taken very different ecosystems into account.”

At each of these sites, Buchmann’s group has been taking measurements for years at very high temporal resolution of how much CO2, water vapour and other greenhouse gases are exchanged between plants, the atmosphere and the soil, right across the entire ecosystem. This allows the researchers to determine how the sites react to different climatic conditions.

Their evaluation, which the researchers have just published in a special issue of the journal Phil Trans B, shows that the heat and drought of 2018 had a particularly severe impact on ecosystems at lower altitudes. In the mixed forest on the Lägeren mountain near Zurich and in the meadows close to Chamau, productivity fell by an average of 20 percent compared with the two previous years. The situation is different for ecosystems at higher altitudes: the coniferous forest near Davos, the meadow near Früebüel and the Weissenstein alpine pasture on the Albula Pass all benefited from warmer temperatures and a longer growing season. The more favourable growth conditions there led to higher productivity in these ecosystems.

However, respiration rates for plants and soil organisms also increased at almost all the sites. This means that while these systems absorbed more CO2 from the atmosphere, they also released more CO2 back into it. “Overall, this results in a lower net carbon uptake for the two forests and the Chamau meadow,” Gharun notes. “This finding is unfortunate, since the general expectation is that under warmer conditions these ecosystems would act as carbon sinks to help mitigate climate change,” she adds.

Buchmann points out that it is still too early for a final assessment: “We definitely need long-?term data series before we can put these findings in their proper context.” She and her group have been collecting measurement data at the abovementioned sites for many years, so she has a good foundation for such long-?term studies.

A lot of snow after the winter

What made 2018 exceptional was not just the warm temperatures in spring and summer, but also the heavy precipitation during the preceding winter: when spring came, the mountains were covered by snow, which then melted very quickly due to the warm conditions. This benefited the higher-altitude ecosystems in particular. In contrast, the situation at lower altitudes was more difficult, as the ecosystems there were unable to use the excess water from winter to build up a soil moisture reservoir for the summer. Accordingly, they suffered more from the summer drought and heat.

“Water availability is a decisive factor in how ecosystems survive periods of heat,” Buchmann says. “Thus, it is important to look beyond the actual dry period when studying a drought.” Another unsettling consideration is that the new CH2018 climate change scenarios predict more rain and less snow in winter. The higher levels of precipitation expected in the winter months is therefore of limited benefit to ecosystems when the water runs off quickly, rather than being stored as snow.

Forests are now in a critical situation. There are several indications of this, one of which is that not only spruce trees but also old beech trees are now showing stress symptoms in many places across the Swiss Plateau. This is probably also due to the fact that the following year, 2019, was also warmer and drier than average. “What we are seeing in the forests is a memory effect,” Buchmann explains, “so it’s possible that the impacts of such periods may not show up until long after the actual extreme event.”

How well the trees survive periods of drought and heat also depends on the depth at which they absorb water. Beech roots, for example, penetrate the soil to a depth of 50 or 60 centimetres and are therefore more likely to reach deeper moist layers. Spruce roots, on the other hand, reach a depth of only about 20 centimetres, making them more likely to be affected by droughts. “Things are going to get uncomfortable for lowland spruce in the medium term,” Buchmann notes. “That’s not a good forecast for forestry.”

What about the meadows? The two researchers have not yet found a memory effect there because meadows recover more quickly after a dry period. Nevertheless, meadows at lower altitudes produce significantly less forage in a year like 2018 – bad news for farmers. Grassland farming is the central pillar of Swiss agriculture. If less grass grows on meadows in the future because of increasing summer droughts, this will have direct consequences for milk and meat production.

Home » A Difficult Year For Forests, Fields And Meadows