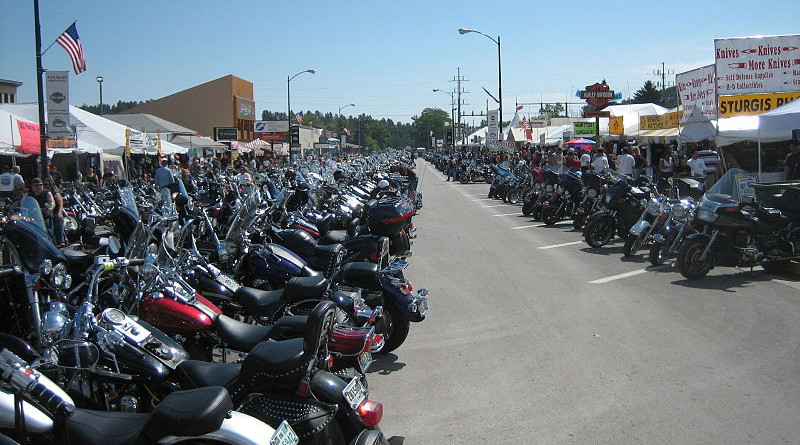 German researchers claim to have tied a whopping 266,796 Covid-19 cases to a biker rally in Sturgis, South Dakota. That would make it the largest superspreader event in the US – but many are finding holes in their conclusions.

Published by the IZA Institute of Labor Economics, the Germans’ paper lays out some disturbing numbers. The total public health cost of the 10-day motorcycle rally, which drew almost half a million people to the town of Sturgis during the second week of August, is estimated at a jaw-dropping $12.2 billion, while the rally itself is blamed for 266,796 cases nationwide.

The researchers used smartphone tracking technology and health department statistics to monitor the influx of bikers to the small city and trace them back to their home counties. Citing the staggering public health cost generated by their calculations, they claim each rally attendant could have been paid $26,553.64 not to attend in order to avoid the virus spreading.

The study also demands more lockdowns and mask mandates as a potential way to mitigate the devastating harm caused by “noncompliant” types.

While these conclusions were repeated uncritically across the media and echoed by former Food and Drug Administration chief Scott Gottlieb, many on social media – including South Dakota Governor Kristi Noem herself – took a closer look at the study and raised questions about both its accuracy and possible political motivations behind it.

Noem slammed the paper as “nothing short of an attack on those who exercised their personal freedom to attend Sturgis” in a biting Twitter thread that denounced the researchers’ work as “[not] science.

Noting the paper hadn’t gone through peer review, Noem reminded the event’s detractors that their vaunted scientific modeling had also predicted South Dakota would have 10,000 Covid-19 patients swamping its hospitals at the epidemic’s peak. A total of 1,094 patients have ever been hospitalized with coronavirus in the state, with just 68 inpatient as of Tuesday, according to the state health department.

Alex Berenson, a former New York Times reporter who published a book arguing against the Covid-19 lockdowns that have plunged many world economies deep into depression, also took issue with the numbers the researchers came up with. He questioned how the 260 confirmed cases that had been traced back to the rally as of last week could mushroom into over 260,000 infections. As of Tuesday, just one rally attendee has died with the coronavirus, a man in his 60s with multiple underlying conditions who was hospitalized in an intensive care ward at the time of his death.

Several journalists did a double-take at the $12.2 billion price tag, which the researchers say assumes a public health cost of $46,000 per case. However, that figure comes from a paper (also published by the Institute of Labor Economics) that claimed that as of July 27, there were actually 47 million coronavirus cases in the US. For reference, there were just 6.3 million confirmed cases in the US as of Tuesday, according to Johns Hopkins University, and 27 million in the entire world.

Journalist Chris Vanderveen pointed out that several counties with a high proportion of Sturgis attendees specifically referenced by the researchers actually saw little or no increase in cases, accusing his fellow reporters of merely reprinting the study’s conclusions without reading it at all – let alone fact-checking it.

The researchers attempt to explain away any such discrepancies by claiming Sturgis attendees are “non-compliant” types who tend to avoid Covid-19 testing and contact tracing and thus likely to elude diagnosis.

However, a Twitter user claiming to be a Sturgis resident pointed out the Centers for Disease Control (CDC) had specifically sought out rally attendees for testing and contact-tracing, hinting the agency was deliberately trying to demonize the event and pointing out that “THOUSANDS of visitors” had come to the town for non-rally purposes.

Many also questioned why the researchers had zeroed in on the Sturgis rally while ignoring the Black Lives Matter protests and riots that have raged across the US since the police killing of George Floyd in May, accusing them of a political hit job.

Actually, the paper’s authors did research Black Lives Matter protests, publishing a paper on the subject for the National Bureau for Economic Research back in June. They argued the demonstrations actually slowed the spread of the virus, because many people in the cities where they took place were staying home to avoid the chaos.

Mainstream media hailed their conclusions as proof BLM protests were actually a boon to public health, and Democratic mayors like New York’s Bill de Blasio and Seattle’s Jenny Durkan rolled out the red carpet for the protesters, even while banning other types of public gatherings.