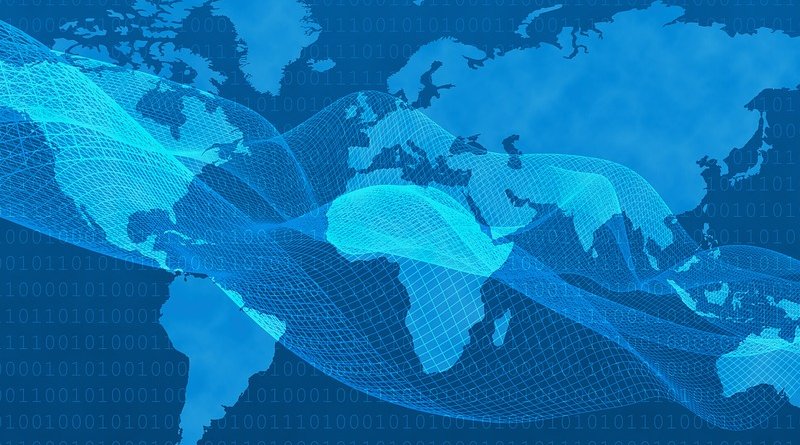 As the COVID-19 pandemic is taking place worldwide, many leftist pundits and communist politicians are blaming its spread on the alleged inborn flaws of neoliberalism—which they identify with globalization, laissez-faire, the absence of solidarity and greater inequality. However, all their claims and theories are either factually wrong or deductively and praxeologically nonsensical.

First of all, antiglobalization leftists and communists do not seem to clearly understand what globalization really is—i.e., an economic and institutional framework wherein both economic products (consumers’ goods and services) and factors of production (commodities, labor, and capital) can move and circulate worldwide with relative freedom.

As it can be easily understood, such freedom of circulation and movement is nothing different from enhanced social cooperation. In fact, the fewer the constraints on resources’ allocation (both consumers’ and producers’ goods), the greater the efficiency (with respect to producers’ goods allocation, cost minimization, and profit maximization) and the satisfaction (in terms of variety of consumption goods and cost saving) that producers and consumers can enjoy.

In fact, as we all know, social cooperation is the only means whereby human societies can progress and provide better living conditions for all their members. As Mises ([1949] 1998) stated in Human Action,

Every step by which an individual substitutes concerted action for isolated action results in an immediate and recognizable improvement in his conditions. The advantages derived from peaceful cooperation and division of labor are universal. (p. 146, emphasis added)

Provided that globalization means nothing more than international peaceful cooperation and division of labor, it is clear that it would (and actually does) deliver better economic and welfare conditions than isolationism and autarky could possibly do. This fact can be praxeologically deduced (as we have briefly done so far) or empirically proven—by innumerable historical examples of disasters, misery and famine brought upon innocent people by autarkic and isolationist policies.

Secondly, communist politicians and leftist pundits get totally wrong what laissez-faire really is, what it entails, and how beneficial (or, even better, fundamental and indispensable) it is for the correct functioning of capitalism—which is the only social cooperation framework (both historically and praxeologically) suitable to bettering human beings’ material conditions.

Unfettered laissez-faire is the only institutional scenario wherein economic agents (consumers and producers) can freely and promptly adjust their choices and behaviors to the changes occurring within the free market—which is the ultimate display and epitome of social cooperation. Whenever laissez-faire is impaired by government intervention, social cooperation performs worse and society loses something in terms of efficiency in resource allocation.

Moreover, laissez-faire is indispensable in a capitalistic framework spoiled by fractional reserve banking and government fiat money. In fact, as Austrian business cycle theory teaches, the faculty to create “money out of thin air” (fiduciary media) that commercial banks are legally granted brings about divergences between savings (resources whose consumption agents are willing to forego today) and investments (means of production shifted toward higher orders of production so as to yield increased consumption tomorrow). In Mises’s ([1949] 1998) own words,

The inference to be drawn from the monetary cycle theory by those who want to prevent the recurrence of booms and of the subsequent depressions is…that they [banks] should abstain from credit expansion. (p. 789n5​, emphasis added)

However, since reforming the fractional reserve banking and government fiat money system we live in does not seem to be feasible (at least not in the short run), letting agents free to correct the mistakes they make in resource allocation seems to be the only way to cope with the credit-induced boom-and-bust cycles we experience.

In this respect, laissez-faire and globalization are intertwined. What the COVID-19 economic shock is teaching us—besides the questionability of indiscriminate economic shutdowns—is that, perhaps, entrepreneurs underestimated the pandemic risk while engineering the global value chain we all benefit from.

But this does not mean that laissez-faire and globalization were the wrong option: they are tools, nothing more. And through these tools a capitalistic society can adjust its productive structure and perform better in the future, learning from previous mistakes. Were the Western world to have a socialist central planner instead of freely choosing entrepreneurs, this corrective process of improvement could not possibly occur.

Lastly, laissez-faire does not imply rejection of the social protection we enjoy in Western world. This can be briefly shown both theoretically and empirically.

The critics of capitalism and neoliberalism blame markets for a system that is—allegedly—inevitably converging an toward ever more unequal distribution of resources. However, even if this were true (intertemporal changes in inequality are complex and challenging to measure), the egalitarian alternative is evidently worse.

Consider two possible social welfare functions (i.e., two possible quantifications of people’s well-being in a given society): the egalitarian one and the “Rawlsian” one. The first one postulates that society is better off the more equal agents’ utilities (i.e., states of well-being) are, whereas the second one postulates that society’s welfare depends upon the condition of its less affluent members.

As Figure 1 shows, you can have a more unequal society wherein, nonetheless, every single member is better off than in the previously more equal scenario: this is what is involved with the movement from scenario 1 to scenario 2, and it is what globalization entails. Notice that, from an egalitarian viewpoint, society would be better off in 1, when it was “more equal,” than in 2, where both agents A and B enjoy greater (even though less equal) utilities.

This simple sketch provides valuable insights about communism and utopian ideologies: hoping to achieve scenario 3, where everybody would be better off and society more equal, which might not be feasible under production and technological constraints, communists and utopians prefer to force upon us scenario 1, where we are all poorer and worse off—but, hey, we have defeated inequality! Moreover, accepting scenario 2 (i.e., following a “Rawlsian” approach) is exactly what modern capitalistic welfare states are designed for: nobody is left behind if truly disadvantaged—no libertarian free marketer argues against that. However, taking care of disadvantaged people does not mean embracing an egalitarian viewpoint.

Also, historically we observe that the level of solidarity in Western world has increased—not decreasing, as modern anticapitalists contend—as markets and globalization have asserted themselves. Even using the Left’s own measures of “solidarity”—such as social spending—public social spending has been increasing in OECD (Organisation for Economic Co-operation and Development) countries from the 1980s onwards and is higher today—even after the Great Recession—than it was back then.1

Even if leftists and antiglobalists were correct (and I believe they are not) in blaming capitalism and its various facets for the current pandemic, they are utterly wrong in downplaying capitalism’s ability to heal and correct its path.

What they consider as capitalism’s flaws—globalization and laissez-faire—are indeed its strong points. And what they accuse capitalism of—a lack of solidarity and forsaking disadvantaged people—relies upon incorrect theoretical and historical analysis. Don’t trust them and their fallacious narratives.

*About the author: Fabrizio Ferrari is a graduate student in economics.