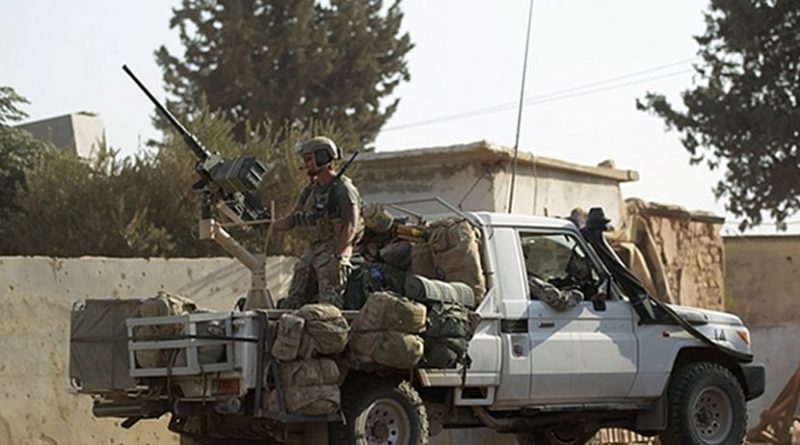 A commander of Iraq’s Hashd al-Shaabi (popular forces) revealed that the US forces have established 8 military bases in Western Iraq, near the border with Syria, warning of Washington’s plots to gain control over the strategic and oil-rich region.

He added that the Americans will take control of Western and Southern al-Rotba, which has not yet been cleansed, once it is through with setting up these bases.

He accused the US military of cooperating with the ISIL, saying that the terrorists will move more and more easily in the region if the US forces stand in control of the region.

Mosleh also disclosed that the US plans to gain control over the strategic region which is rich with oil and hosts important trade routes.

A senior commander of Hashd al-Shaabi had also said last Tuesday that the ISIL commanders were hiding at US bases at Iraq’s border with Syria and warned that Washington sought to use the terrorists as a leverage against Baghdad and Damascus.

The Arabic-language al-Ma’aloumeh news website quoted Hashem al-Moussavi as saying that a number of ISIL leaders were sheltered at Iraq’s border with Syria to survive current attacks by the Iraqi security forces and Hashd al-Shaabi.

He added that Syria’s al-Tanf base is the main stronghold of the terrorists and supplies the ISIL remnants with weapons, military equipment and intelligence, noting that Washington aims to use the ISIL commanders as a leverage to pressure Baghdad and Damascus.