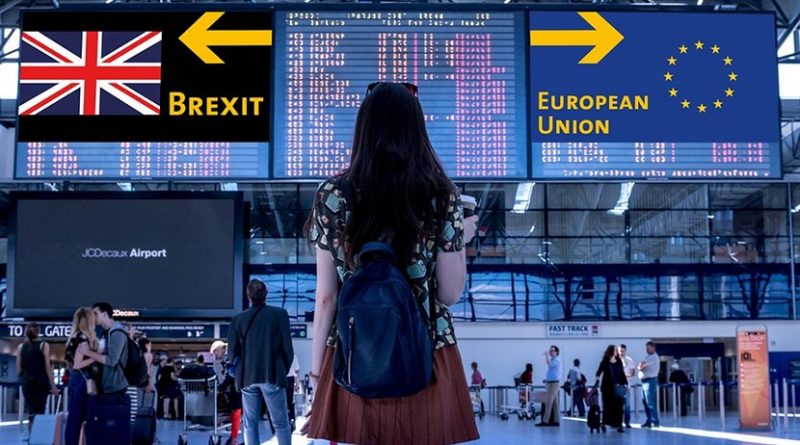 By Alex Bishop and Brent Cameron*

After a tumultuous parliamentary session, the British people are going to the polls on December 12th. While there are a great many issues facing the UK, the vote is bound to serve as an unofficial second referendum on Brexit. The latest opinion polls give the ruling Conservatives a double-digit lead. This says nothing of the standing of the Brexit Party which, like the UK Independence Party before it, draws a great deal of support from disenfranchised Labour supporters.

In politics, nothing is guaranteed until the last ballots are counted, but sentiment amongst the broader electorate would point to a firm resolution to leave no later than the newly established deadline of late January.

The negotiating stance of various allies and trading partners around the world has, to this point, been heavily influenced by whether Brexit was deemed probable. Although Britain has been limited in its ability to engage in robust negotiations, the UK Department of International Trade has held preliminary talks suggesting that no fewer than a dozen bilateral trade agreements could be concluded in short order post-Brexit.

Regrettably, Canada does not yet figure on this list, but it should – and with minimal delay.

Bilateral trade between Canada and Britain is significant. The UK is Canada’s biggest market in Europe, and the fifth-largest globally. Two-way merchandise trade in 2018 amounted to C$25.51 billion. Considering that Canada’s total exports to the EU during the same period amounted to C$45.6 billion, the British component of Canada-UK trade cannot be understated.

By every measure, Britain is a vital partner for Canada – for trade in goods and services, and as a destination for Canadian foreign investment (and vice versa). This also includes the security and geo-strategic partnership, as evidenced by our ties within NATO and the “Five Eyes” arrangement.

Over the past two decades, significant research has been done on a trade phenomenon called the “Commonwealth Effect” – wherein the cost of doing business between two Commonwealth member jurisdictions has been estimated to be up to 19 percent lower than between a member and a comparable non-member trading partner. Shared legal and political traditions, histories and affinities make trade in goods and services comparatively easy between the jurisdictions. It is a major reason why Britain represents such a large component of Canada’s European trade. Canada has been doubly fortunate to have had the effect of CETA amplifying this preexisting “Commonwealth Effect.”

Prime Minister Justin Trudeau has expressed the view that a bilateral agreement between Canada and the UK could be an ‘improvement’ on CETA, and that should be an aspiration for both sides. While this is hard to argue, it must be acknowledged that CETA is a 1500-page treaty that took seven years to complete. Given that Britain has only repatriated its ability to negotiate trade deals after a four-decade hiatus – and has currently employed its staff across multiple ‘working groups’ – it would be under enormous pressure to meet this objective.

Preserving CETA terms in a post-Brexit environment through a simple ‘grandfathering’ mechanism is the path of least resistance – and disruption. It would recognize the current conditions of trade between the countries and allow for a more thoughtful analysis by both parties of where improvements can be made. Moreover, it gives certainty to enterprises engaged in Canada-UK trade on both sides of the Atlantic who have spent over two years under CETA rules. In short, it would provide the surest guarantee of ‘business as usual’ in an environment that is anything but.

For Canadian companies seeking trade opportunities outside of North America, a post-Brexit UK provides an unparalleled opportunity to partner with an economy that, in many ways, mirrors the attributes of the United States. While geographical distance may prevent that trade from being as robust as that with our southern neighbor, there is every reason to believe that the UK can be our single most important bilateral (and reciprocal) trading relationship outside of NAFTA.

With a minority government in Canada, and an electoral result yet to be determined in Britain, the next couple of months may see little direct action on this front. The relationship, however, is too important to ignore for both countries – our governments, as well as our economies. Timely action on the part of London and Ottawa, and for those seeking to identify opportunities in Canada-UK trade, is of the essence. Failure to do so will trigger WTO rules immediately imposing tariffs up to double-digits. Some will have the short-term impact of making trade unprofitable in certain sectors. Long term? We don’t really know. The lack of certainty will cause businesses to retrench. This cannot be allowed to happen.

What to do? There needs to be an immediate engagement between the two countries. Given Britain’s current limited capacity to fully engage in comprehensive negotiations it is clear that Canada will need to take the initiative. We know that there is a desire to engage from Britain in the most senior levels of Parliament and the House of Lords – what is still to be determined is whether there is the desire from Trudeau. Unfortunately, for both countries – time is not a luxury either side has.

*Alex Bishop is a Partner at Concierge Transatlantic, a firm focused on increasing profitable trade.

*Brent Cameron is Senior Advisor at Concierge Strategies and an expert on Commonwealth relations.