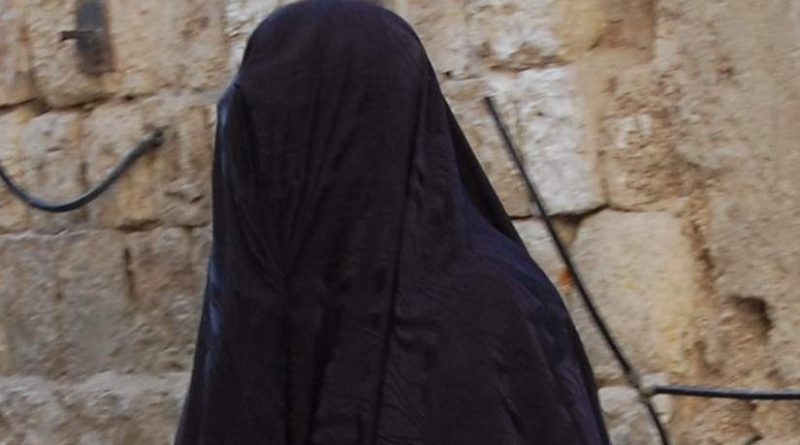 The Moroccan authorities have invoked security reasons to prohibiting the burqa, which is rarely worn by Moroccan women who prefer the hijab.

Moroccan authorities have prohibited the manufacture and sale of burqas for security reasons. The measure appears to be motivated by security concerns, where “bandits have repeatedly used this garment to perpetrate their crimes,” local media reports say.

Burqa is a traditionally integral Muslim veil to Afghani women of the Pashtun tribes. It is a long piece of clothing, blue or brown, completely covers the head and body with a cloth grid concealing the eyes.

According to the local press, le ministère de l’intérieur issued a communication to its agents in charge of business in towns, urging them not to allow the manufacture and marketing of burqas as of this week. No official announcement or public communication on the subject has however been made by the ministry.

On 09 January 2017, interior agents conducted “campaigns to raise awareness among traders” in Casablanca, the country’s economic capital, “to inform them of thie new decision of banning the burqa”, according to the website Media 24.

Official documents show that Moroccan authorities ordered traders in the north and the south of the country to stop making and selling Afghani burqas and to liquidate their stock within 48 hours.

The burqa remains an extremely marginal phenomenon in Morocco, a country torn between modernity and conservatism, whose king, Mohammed VI, is the champion of the so-called “moderate Islam”.

An almost similar piece of cloth, called niqab, remains a traditional clothing in the Moroccan society. The difference between the niqab and hijab is fundamental: While the niqab almost completely covers the head except for the eyes, hijab is a veil that only covers the hair.

In Morocco, niqab, an integral veil that reveals only the eyes, is worn by certain women, especially in Salafist circles in conservative regions in the north of the country and small towns. Thus, while responses and reactions to the ban of burqa have been limited so far, Salafists have been increasingly concerned about the scope of this decision and its probable extension to the niqab.

Ali Anouzla, a Moroccan journalist, said on his Facebook page as reported by The New York Times: “I am against the culture of banning in principle, but just to be clear, the Interior Ministry didn’t ban the hijab or niqab but banned the burqa, and the burqa isn’t part of Morocco’s culture.”

A representative of the Morocco Observatory for Human Development considered the ban of burqa a “random decision and an assault on women’s freedom of expression”.

Nuzha Saqali, a former minister for Family and Social Development, welcomed the ban and described it as “an important step in the fight against religious extremism”.

This article appeared in Mashreq Politics and Culture Journal.