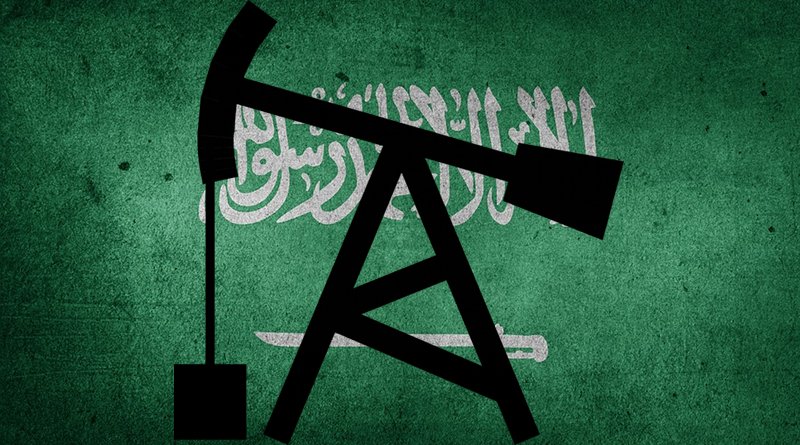 Saudi Arabia will once more be the world’s biggest producer of crude oil under plans announced Wednesday to further increase the Kingdom’s output to a new record level.

Prince Abdul Aziz bin Salman, the Saudi energy minister, told Saudi Aramco to prepare to increase its maximum sustainable capacity — the limit to the crude it can produce over the long term — to 13 million barrels per day.

That would enable the Kingdom to leapfrog the US as the number one crude producer, pushing Russia into third place. Analysts said the new capacity would come from expansion and enhancement of production from existing fields.

Aramco, the biggest oil company in the world, had already announced it was planning to increase output to 12.3 million and would slash prices to customers around the world after the collapse of the OPEC+ agreement in Vienna at the end of last week.

A statement from Aramco to the Tadawul stock exchange, where its shares are quoted, said: “Saudi Aramco announces that it received a directive from the Ministry of Energy to increase its maximum sustainable capacity from 12 million barrels per day to 13 million,” in accordance with a 2017 royal decree.

In another sign of Saudi preparations for an oil export surge, the National Shipping Company, Bahri, was reported to be considering the hire of at last eight extra supertankers to export crude from the Kingdom.

The moves by the Saudi authorities represent a further escalation in the “price war” that broke out after Vienna, as another big Middle East producer, the UAE, also said it would dramatically increase production.

The Abu Dhabi National Oil Company (ADNOC) said it was planning to lift production from 3 million to 4 million barrels per day from next month, and would accelerate plans to lift the total to 5 million daily barrels, in addition to offering big discounts to customers.

“In response to market conditions, and to provide better forward visibility to our customers, we shortly announced forward prices for March and April,” said ADNOC chief executive Sultan Al-Jaber, adding that the new pricing would be based on its flagship Murban crude oil and traded in its new exchange ICE Futures Abu Dhabi.

Other big producers, including Nigeria and Iraq, have also said they would lift output. The price of Brent crude on international markets fell by nearly 4 percent to $36.25.

Shares in Saudi Aramco fell nearly 5 percent to $29.70, while the Tadawul Index, the TASI was down nearly 3 percent.

In Russia, whose unwillingness to participate in a further round of output cuts sparked the price war, energy minister Alexander Novak has called a meeting of the country’s top oil companies tomorrow to discuss the turmoil on global markets.

He said that the decision by Saudi Arabia to raise output and cut prices was “probably not the best option,” but that he remained in telephone contact with OPEC ministers and would take part in an OPEC+ technical committee later this month.

Another Russian businessman with strong ties to Saudi Arabia sought to defuse the tension.

Kirill Dmitriev, chief executive of the Russian Direct Investment Fund, said that the two countries would continue to develop investment partnerships, “despite attempts to dissolve them.”

The joint investment fund between Russia and Saudi Arabia would “continue to work”, he told journalists.

“There are differences on some energy issues but Russia has developed a partner relationship with Saudi Arabia and this relationship will continue,” Dmitriev said.

In the US, whose oil industry is regarded as especially vulnerable to a price war, the White House let it be known that it was considering federal aid to shale companies in politically-sensitive states like Texas and Pennsylvania.

President Trump has greeted the fall in oil prices as “good for consumers” but is believed to be worried about the repercussions for heavily-indebted shale companies.

After two rollercoaster days on global stock markets because of coronavirus fears and the oil price war, the main Wall Street index, the S&P 500, opened around 3 percent down.