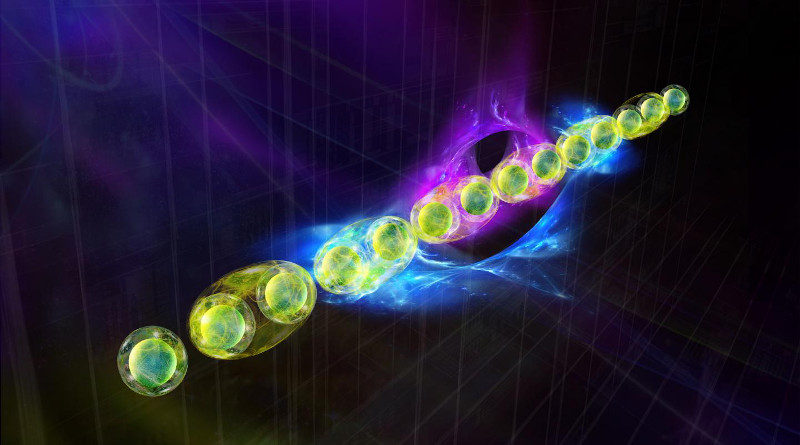 Nowadays, modern quantum simulators offer a wide range of possibilities to prepare and investigate complex quantum states. They are realized with ultracold atoms in optical lattices, Rydberg atoms, trapped ions or superconducting quantum bits. A particularly fascinating class of quantum states are topological states of matter. David Thouless, Duncan Haldane and Michael Kosterlitz were awarded the Nobel Prize in Physics in 2016 for their theoretical discovery. These states of matter are characterized by nonlocal quantum correlations and are particularly robust against local distortions that inevitably occur in experiments.

“Identifying and characterizing such topological phases in experiments is a great challenge,” say Benoît Vermersch, Jinlong Yu and Andreas Elben from the Center for Quantum Physics at the University of Innsbruck and the Institute for Quantum Optics and Quantum Information of the Austrian Academy of Sciences. “Topological phases cannot be identified by local measurements because of their special properties. We are therefore developing new measurement protocols that will enable experimental physicists to characterize these states in the laboratory”.

With random measurements to a definite result

The specific feature of this method is that although the topological invariants are highly complex, non-local correlation functions, they can still be extracted from statistical correlations of simple, local random measurements. As with a method recently presented by the research group for comparing quantum states in computers or simulators, such random measurements are possible in experiments today.

“Our protocols for measuring the topological invariants can therefore be directly applied in the existing experimental platforms,” says Benoît Vermersch.