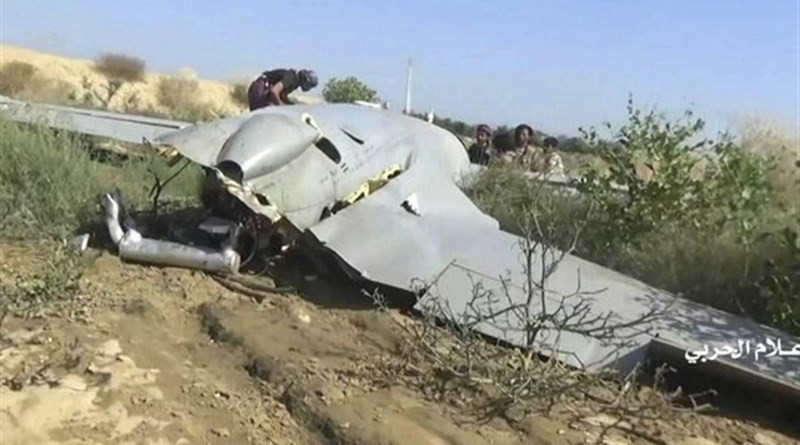 Yemeni troops shot down a Saudi drone as it was on a reconnaissance mission over the Razeh district in Sa’ada. Photo Credit: Tasnim News Agency

The Yemeni troops shot down the drone as it was on a reconnaissance mission over the Razeh district in Sa’ada on Friday, Yemeni media reported.

The development came only one day after the Saudi-led coalition waging war on Yemen unilaterally announced a two-week ceasefire in the Arab country.

The spokesman for Yemen’s Houthi Ansarullah movement described the new ceasefire as just another ploy by the coalition to cover up the Riyadh regime’s crimes.

Mohammed Abdul-Salam added that the sensible decision for the Saudi-led coalition would be to stop the military aggression on Yemen and lift the crippling blockade.

Saudi Arabia and a number of its regional allies launched a devastating campaign against Yemen in March 2015, with the goal of bringing the government of fugitive former president Abd Rabbuh Mansour Hadi back to power and crushing the Houthi Ansarullah movement.

The US-based Armed Conflict Location and Event Data Project (ACLED), a nonprofit conflict-research organization, estimates that the war has claimed more than 100,000 lives over the past nearly five years.

The UN says over 24 million Yemenis are in dire need of humanitarian aid, including 10 million suffering from extreme levels of hunger.