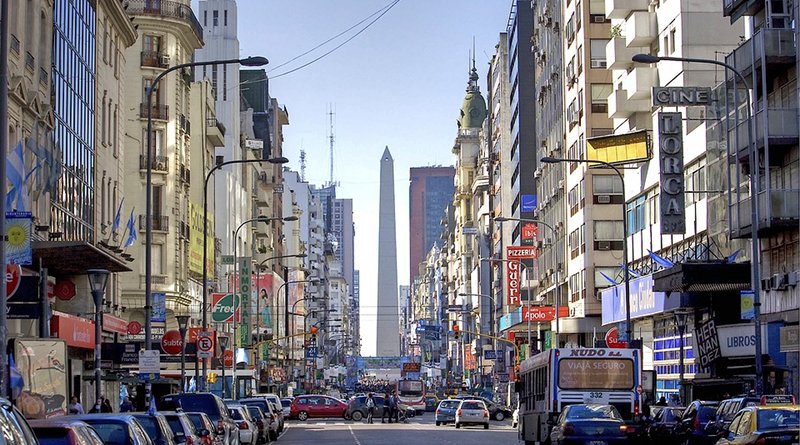 But the reversion to the Kirchener regime isn’t as big a change as many presume. Outgoing president Mauricio Macri did not offer much for the country, economically speaking. A typical milquetoast “neoliberal” government, Macri’s administration kept policies such as price controls and big spending in place. There was no real desire to break the government’s chokehold over Argentina’s fragile economy, which many expected Macri to do when he was elected in 2015.

To be fair, the government preceding Macri, which Fernández de Kirchner headed from 2007 to 2015, put Macri in an uncomfortable position. A consummate leftist populist, Fernández de Kirchner made sure to exploit high commodity prices and China’s ascendance into the world economy to boost Argentine exports while using those proceeds to finance a myriad of spending programs. In addition, she enacted various economic controls to “correct” the errors of the supposedly free-market period of the 1990s. Like Hugo Chávez, many believed Fernández de Kirchner found a “Third Way” that would put Argentina back on track.

In 2014, the Kirchner hype train came to an abrupt halt when Argentina defaulted on its debt and reverted to its seemingly perpetual state of economic instability. Inflation crept back up into the double digits at 40 percent by 2014. Macri capitalized on the economic uncertainty to march his way to the presidency in 2015, which many believed would mark a fresh new start for Argentina. Much to the annoyance of the free-market optimists in Latin America, Macri’s government did not deliver the goods.

By half-heartedly embracing market policies, Macri failed to address any of the fundamental issues with Argentina’s economy. As a result, voters gave him the boot last month. Now, Argentines will have to endure a left-wing government that will likely engage in another series of interventions that will put the economy on the path to collapse.

One of the main challenges Argentina will have to grapple within the next few years is the ever-present bugaboo of inflation, which is expected to reach 53 percent by the end of the year. Similar to Venezuela , which has not witnessed inflation below 10 percent since 1983, Argentina appears to be in a perennial battle against it. Venezuela has become the nightmare scenario all Latin American countries strive to avoid. But if there is one country that is able to reach such a putrid state, it’s Argentina.

Economist Ivan Carrino has given a sobering overview of Argentina’s inflationary woes. Using 2018 as the baseline year of comparison, 23-year old Argentines at the time spent 65 percent of their lives under double-digit inflation. For those born in the early 1980s, they lived through two turbulent cases of hyperinflation in 1985 and 1989 .

The only period where some degree of monetary sanity came to Argentina was under President Carlos Menem’s administration from 1989 to 1999. Although his reforms were not radical, Menem did bring some sanity to the Argentine economy by switching to the system of Convertibilidad (Convertibility) that pegged the Argentine peso to the U.S. dollar from 1991 to 2002. The switch over to this system did put inflation in check for the time being.

In Lacalle’s view, “Argentina did not have dollars, it had pesos in disguise.” Economist Steve Hanke echoed similar thoughts commenting that the Convertibility plan behaved , “more like a central bank,” rather than a proper currency board, where the government can’t simply print money with ease. In turn, it can only borrow and tax to meet its spending obligations.

When the Central Bank of Argentina started engaging in discretionary monetary policy and the government let fiscal deficits get out of control and sovereign debt began to rise during the closing years of the 90s, Argentina’s uncharacteristic stability would soon come to an abrupt halt by the start of the 21st century. After abandoning its Convertibility Plan in 2002, Argentina was back to its usual state of economic unrest.

Many will try to explain away Argentina’s high inflation as some random phenomena that befall economies or try fallaciously link it with vague explanations such as fluctuating commodity prices or “corruption.”

These explanations let the real culprit — monetary expansion — completely off the hook. Monetary expansion is the great enabler of reckless government spending and other schemes that grow the size of government. After all, direct taxation is not always politically popular, especially when the middle and lower classes start to bear the brunt of taxation. The stealth tax of inflation will do just fine in lulling the public to sleep, while politicians gleefully finance their treasure of political goodies through monetary expansion.

Ludwig von Mises took it a step further by observing, “Inflation is the fiscal complement of statism and arbitrary government. It is a cog in the complex of policies and institutions which gradually lead toward totalitarianism.” This is particularly germane for Argentina due to its rollercoaster political economy. Argentina is no exception to the trend of global statism that has been spreading across the globe like a virus for the past century.

On a more positive note, Argentines now have interesting alternatives such as Bitcoin that could alleviate some of their monetary issues. Nevertheless, to truly defeat the scourge of inflation, Argentina must be willing to acknowledge the root of its economic ills —expansionary monetary policy— and strike decisively by shifting towards a sound currency that is no longer subject to the whims of politicians.