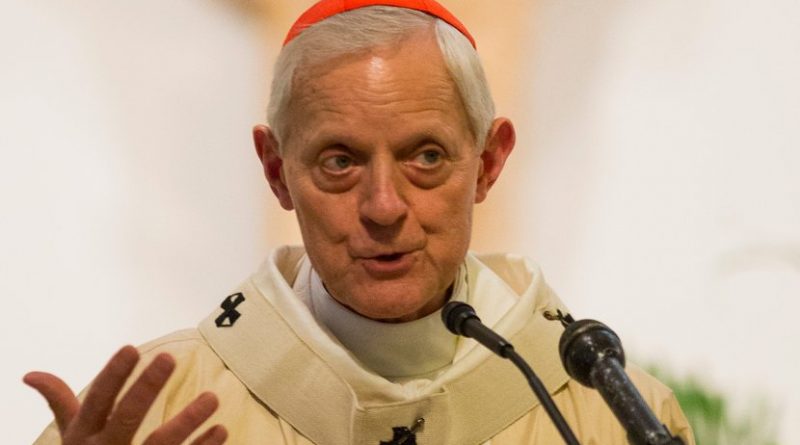 Pope Francis accepted the resignation of Washington’s Cardinal Donald Wuerl on Friday, while asking the cardinal to continue leading the Archdiocese of Washington on an interim basis until a permanent successor is appointed.

In a letter to Wuerl obtained by CNA Oct. 12, Pope Francis told the cardinal: “Your renunciation is a sign of your availability and docility to the Spirit who continues to act in his Church.”

“In accepting your resignation, I ask you to remain as Apostolic Administrator of the Archdiocese until the appointment of your successor.”

The pope said Friday that he had also received a Sept. 21 request from Wuerl that his resignation be accepted.

“This request rests on two pillars that have marked and continue to mark your ministry: to seek in all things the greater glory of God and to procure the good of the people entrusted to your care,” Pope Francis wrote.

In the Oct. 12 letter accepting Wuerl’s resignation, Francis defended the cardinal from the widespread criticism he has faced in recent months.

“You have sufficient elements to ‘justify’ your actions and distinguish between what it means to cover up crimes or not to deal with problems, and to commit some mistakes.”

“However, your nobility has led you not to choose this way of defense. Of this, I am proud and thank you.”

“Your renunciation is a sign of your availability and docility to the Spirit who continues to act in his Church,” he added.

In an Oct. 12 statement, Wuerl wrote that “the Holy Father’s decision to provide new leadership to the Archdiocese can allow all of the faithful, clergy, religious and lay, to focus on healing and the future. It permits this local Church to move forward.”

“Once again for any past errors in judgment I apologize and ask for pardon. My resignation is one way to express my great and abiding love for you the people of the Church of Washington.”

The cardinal has been the subject of criticism since late June, when revelations about alleged sexual misconduct on the part of his predecessor, Archbishop Theodore McCarrick, raised questions about what Wuerl knew about McCarrick, and how he responded to that knowledge.

The Aug.14 release of a grand jury report detailing decades of abuse allegations in six Pennsylvania dioceses put under close scrutiny Wuerl’s record as Bishop of Pittsburgh, where he served from 1988 to 2006. Some cases in the report raised concerns that Wuerl had allowed priests accused of abuse to remain in ministry after allegations had been made against them.

Those factors led to calls for Wuerl’s resignation and demonstrations outside of his Washington residence.

After Wuerl made a trip to Rome in late August, media reports said that Pope Francis had instructed the cardinal to consult with Washington clergy about the best way forward for him and the archdiocese.

It is widely believed that Wuerl hoped to remain in his position at least until the fall meeting of the U.S. bishops’ conference in November. That session is expected to focus on the fallout of the recent sexual abuse crises, and Wuerl is said to want to play an active part in helping the Church respond.

As apostolic administrator, Wuerl will continue to lead the day-to-day activities of the archdiocese, but will not be permitted to make any major changes.

If a successor is not appointed and installed before Nov. 13, the apostolic administrator will attend the bishops’ conference annual meeting as the representative of the Archdiocese of Washington.

The auxiliary bishops of Washington also released a statement Friday, saying the cardinal’s “pastoral and spiritual leadership in the archdiocese is well appreciated.”

“We believe that Cardinal Wuerl’s decision to request that the Holy Father, Pope Francis, accept the resignation he first offered years ago is a clear manifestation of his love and concern for the people of this archdiocese,” wrote Bishops Mario E. Dorsonville, Roy E. Campbell Jr., and Michael W. Fisher.

Kim Viti Fiorentino, chancellor and general counsel of the Archdiocese of Washington, said in a statement Oct. 12 that the archdiocese has “been profoundly blessed to have this great priest as our archbishop.”

“His final decision to act in favor of the people he loved and served for twelve years is the most eloquent witness to the integrity of his ministry and his legacy,” she continued. “I am truly thankful for his steadfast fidelity and his courageous and sacrificial commitment to the future of the Church in Washington.”

A native of Pittsburgh, Penn., Wuerl studied at the Catholic University of America in Washington, D.C. and at the Pontifical Gregorian University in Rome. He was ordained a priest for the Diocese of Pittsburgh in 1966 and went on to receive a doctorate in 1974.

In the 1990s Wuerl hosted the television program, “The Teaching of Christ.” He also wrote a best-selling adult catechism of the same name, and has since more than 20 other books.

Wuerl was appointed an auxiliary bishop in the Archdiocese of Seattle in 1986, following a Vatican investigation into Seattle’s Archbishop Raymond Hunthausen. Wuerl was charged with special responsibility for five problem areas in the archdiocese: liturgy, the tribunal, priest formation, moral and bioethical issues in Catholic hospitals, and ministry and teaching concerning homosexuality. The appointment generated serious conflict among Hunthausen’s supporters, and Wuerl was relieved of his responsibility in 1987.

He was appointed Bishop of Pittsburgh in 1988. He held this position until he was appointed in May 2006 to head the Archdiocese of Washington. He was named a cardinal by Pope Benedict XVI on Nov. 20, 2010.

Wuerl is a member of several Vatican departments, including the Pontifical Council for Promoting Christian Unity and the Congregation for Bishops.