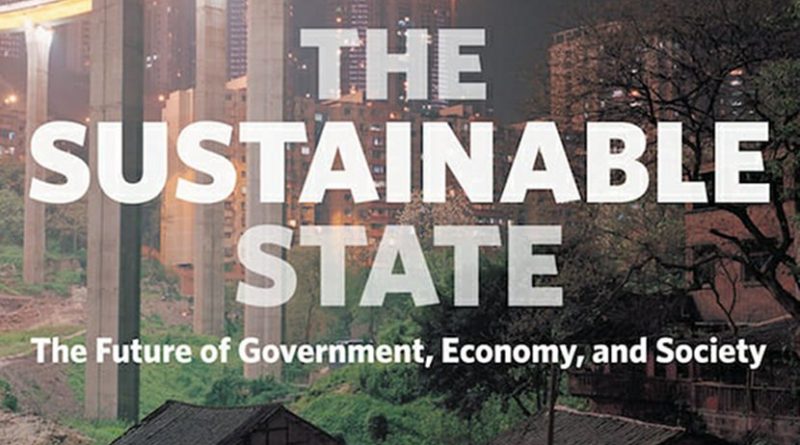 Chandran Nair’s new book, The Sustainable State, is a response to runaway consumption by a rapidly expanding world populace. He explains how the rise in living standards, especially in the developing world, is soaring an unsustainable demand for everything from meat, cars, and modern housing, and then gives possible solutions.

Nair reminds me of economist Ha-Joon Chang in both his premise and the evidence he uses to defend it. Both scholars are highly critical of the current economic ecosystem and the multinational corporations that run it. Nair points out that the major industries of today are what’s causing the unprecedented environmental crises that we’re experiencing today. Not only are corporations polluting the environment and depleting natural resources, but are also covering it up and blocking possible legislative antidotes.

Thus, Nair endorses Ha-Joon Chang’s solution: East Asian-style state regulation of the economy. Since corporations will never voluntarily do anything that will hurt their profits, a strong federal government must force them to do so through laws that have the planet’s future in mind. The book points out that the manufacturing and sales costs of consumer products don’t reflect their full cost. For instance, a roll of toilet paper costs the forest it came from a tree; deforestation has existentially high long-term costs to the Earth’s inhabitants. Anything produced for or shipped to market costs the world through energy consumption, if nothing else. Thus, Nair supports making producers pay for the full cost of their merchandise through programs such as cap-and-trade and reforestation taxes.

The book gives several examples of (generally East Asian) countries and cities trying to regulate their way to higher sustainability, with varying degrees of success. For instance, China has arguably become the world leader in terms of environmental initiatives through tough laws governing pollution and a long-term environmental strategy. In China’s Youyu County, they went from having under 1% of land forested in 1949 to over half today. Singapore has largely staved off the kind of affordable-housing crisis seen in major cities and city-states by instituting a comprehensive public housing system. Jakarta, on the other hand, has struggled in their efforts to reduce their crippling traffic congestion. For instance, when they created 3-person minimum carpool lanes, car owners simply hired pairs of people to meet the requirement. When Jakarta changed to an odd-even license-number congestion scheme, people simply bought extra license plates.

This book fits in nicely in the post-Trump, post-Brexit era in its skepticism of Western democracy. Example after example is given of Western government ineptitude towards environmental management, from oil lobbyists’ consistent ability to kill or water down regulations, to general short sidedness. India’s democracy is also criticized for its failure to clean up the Ganges, among other things. Nair has a lot of praise for single-party governments in China, Vietnam and Singapore in their recent environmental policy records.

He stresses that he isn’t anti-democratic per se, but rather, he can’t ignore the trends. Most Western democracies are currently neutered by partisan deadlock, lobbyist money and a myopic obsession with the short term, due to the nature of the election cycle. Single-party states, by definition, have no partisan deadlock, aren’t reliant upon lobbyist money for re-election and can implement policies that may piss off their constituents in the short term, but are critical for the future. The recommendation is thus given that democracies stick up to corporate interests and institute long-term policies that will meaningfully address the environmental issues of the future.

The Sustainable State is sobering in its assessment of our current state of resource depletion and global warming, but also cautiously optimistic in its faith that government, when acting in good faith, can curb the excesses of industry and regenerate the planet. There are diagnoses for specific problems, such as the wildfire haze that emanates from Borneo every year and for pollution. The main omission of the book is in regards to the water crisis. Nair mentions high-efficiency circular farming and water pollution, but otherwise largely ignores the disturbingly low supply of water for drinking and farming. This deficit has already sparked conflicts in countries such as Syria and will only snowball as the population continues to explode. Desert countries and landlocked countries will eventually succumb to civil war over access to water, creating a refugee crisis that the world has never seen, if radical and affordable solutions aren’t found for supplying water for consumption and irrigation.

Chandran Nair gives plenty of real-life examples of good policies that are mitigating issues and explains why they are successful. Oftentimes, the solution lies in the checkbook. Governments can spend money on decades-long programs, corporations can pay through sustainability taxes and individuals can pay through gas taxes and car ownership caps. In democratic and nondemocratic nations alike, we the people must push our leaders to do more, for the future of the human species.