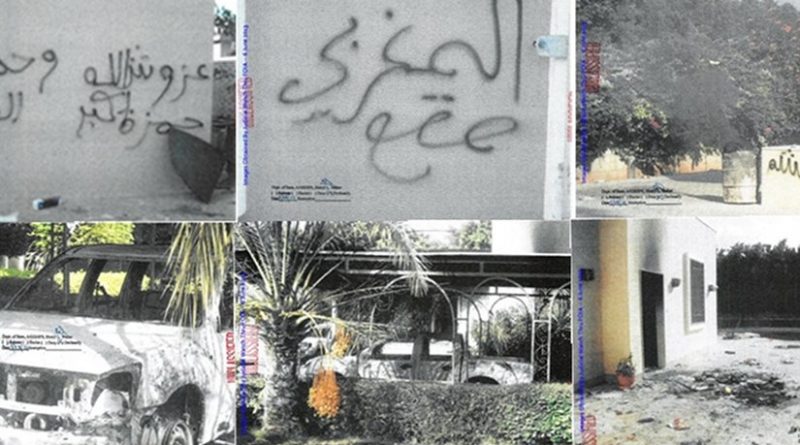 There is no paucity of reporting in today’s Main Stream Media on l’affaire Petraeus. The Director of the US Central Intelligence Agency (CIA) has admitted to having an extramarital affair with a married woman. And, one should not be surprised to learn of further revelations of transgressions on his part. However, while the avalanche of reporting on General Petraeus’ extramarital affair sells newsprint and fills the airwaves with prurient curiosity, it’s window dressing — pour la galerie.

As America’s great General, George S. Patton, once said (it would seem appropriate to quote a General here): “If everyone is thinking alike, then somebody isn’t thinking.” What then is l’affaire Petraeus all about?

The extramarital affair is a red herring. Its purpose is to cover up the Obama Administration’s failures in Benghazi and its cover up of those events. Four Americans under diplomatic protection, including the US Ambassador to Libya, were murdered in Benghazi, Libya, on September 11th, 2012, by Islamic terrorists. The date was the 11th Anniversary of the 9/11 Islamic terror attacks upon the United States in New York City and Washington, D.C.

The Obama Administration and its accomplice the Main Stream Media, willing or duped, is using a personal extramarital affair to deflect the public from the real questions of an attack on a US Consulate in North Africa.

Indeed, there are many questions to be answered, but none more important in my view than these:

In the last analysis, one would hope that the Congressional Leaders of the United States and the Main Stream Media would see the events of Benghazi as the real story that needs to be investigated, and not Gen. Petraeus’ extramarital affair. Until then, here’s what the officials and pundits wish us to think: no conspiracy; the timing of Gen. Petraeus’ resignation just a coincidence; just a sordid extramarital affair, but we need to be sure no vital intelligence was compromised; nothing to see here folks – just wag the dog!

Lawrence S. Schneiderman is an International Consultant and Dr. of Public Policy, Vanderbilt University. The opinions expressed are the author's own.