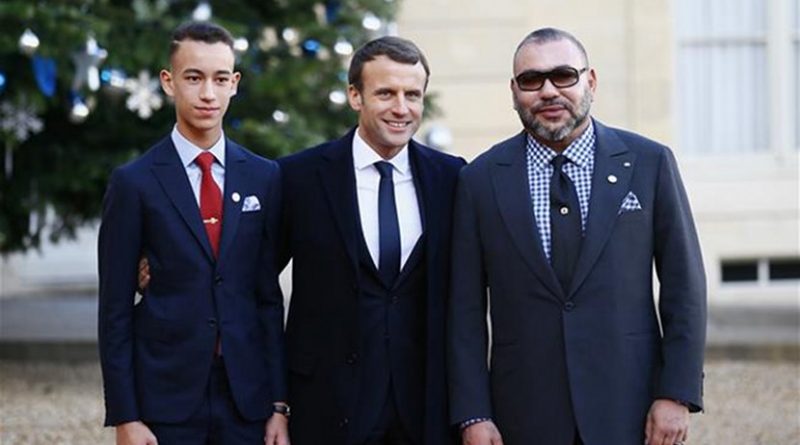 The One Planet Summit, co-hosted by the United Nations and the World Bank, brings together actors of public and private finance in order to explore ways of innovating, supporting and accelerating the common fight against climate change. Two years to the day since 195 nations sealed the Paris Agreement to avert worst-case-scenario climate change, banks and companies announced billions of dollars of intended divestment from coal, oil, and gas at a finance-themed climate summit.

King Mohammed VI, accompanied by Crown Prince Moulay El Hassan, participated in the One Planet Summit in Paris. The participation of the Moroccan monarch and Crown Prince Moulay El Hassan in this crucial summit reflects the sovereign’s leadership and strong commitment for sustainable development in the African continent. A royal commitment that was highly applauded at the opening of this global event.

“We thank HM King Mohammed VI who proved, through his presence in this opening session, his commitment to the climate cause via the organization of the COP22, his leadership for sustainable development in the African continent and an ambitious program for renewable energy development,” said the moderator of the opening session in the presence of French president Emmanuel Macron, UNSG Antonio Guterres, president of the World Bank Jim Yong Kim, British PM Théresa May, head of Spanish government Mariano Rajoy, former UNSG Kofi Annan and several heads of state and government.

HM the King shows just how the climate issue is universal and involves all countries north and south, said the moderator.

He also underlined that the presence of HRH Crown Prince Moulay El Hassan is a strong signal of youth’s involvement to defend the future of the planet.

At the beginning of the opening ceremony, which was marked by speeches given by the French president, the UNSG and the World Bank president, the heads of state and delegation screened a video on the adoption of the Paris Climate Agreement (Dec. 12, 2015).

The royal participation in this crucial event, which seeks to unify global action on the climate issue, mirrors very clearly the special interest Morocco takes in this vital matter for humanity. It is shown in the multiple initiatives undertaken by HM the King in favour of Africa as the Triple A Initiative launched at the Marrakech COP22 and meant to adapt the African agriculture to face climate change.

Nationally, the summit offers Morocco the occasion to prove its commitment for the mobilization of all means, mainly financial ones, to contribute to international efforts to fight climate change. Morocco pledged to reach 52% of renewable energy-based electricity by 2030 and slash by 42% its greenhouse gas emissions by 2030. This goal requires a budget of 45 billion dollars.

In this regard, Morocco is the first beneficiary of the Green Fund for Climate which approved 21 Moroccan projects and 54 African ones.

The One Planet Summit, which is co-hosted by the United Nations and the World Bank, brings together actors of public and private finance in order to explore ways of innovating, supporting and accelerating the common fight against climate change.

But conference host France, as well as the UN and World Bank, said efforts to shift the global economy into a green energy future were too little, too slow, as a report warned that melting Arctic ice will trigger extreme weather worldwide.

“We are losing the battle,” against climate change, French President Emmanuel Macron told delegates. “We are not moving fast enough.”

For his part, UN Secretary-General Antonio Guterres said continued subsidies of fossil fuel amounted too humanity “investing in its own doom”.

“We are in a war for the very existence of life on our planet as we know it,” Guterres told more than 50 heads of state including Mexico’s Enrique Pena Nieto, Britain’s Theresa May and Spain’s Mariano Rajoy, at the summit called by Macron.

The summit, co-hosted by the U.N., the World Bank and Macron, was held on the second anniversary of the Paris climate accord, which was ratified by 170 countries. More than 50 heads of state and government took part.

It is worth noting that Morocco hosted the 22nd Conference of Parties to the UN Framework Convention on Climate Change (COP22) in Marrakesh. An event that has witnessed a major success. On the sidelines of that successful climate summit King Mohammed VI delivered a powerful message in which he shares his vision and commitment to clean and sustainable energy in the African continent.

Morocco’s decades-long commitment to clean and sustainable energy is widely recognized. The 2017 Climate Change Performance Index ranked Morocco alongside France, Sweden, and the UK in the top ten most climatically conscious countries, and number one in the developing world, based on criteria including CO2 emissions, renewable energy development, efficiency, and climate policy. Undoubtedly, Morocco will continue to be on the upswing. The northern African nation has strongly promoted a transition towards renewable energy, which it is now implementing. Morocco is widely expected to rank even higher in the coming years.