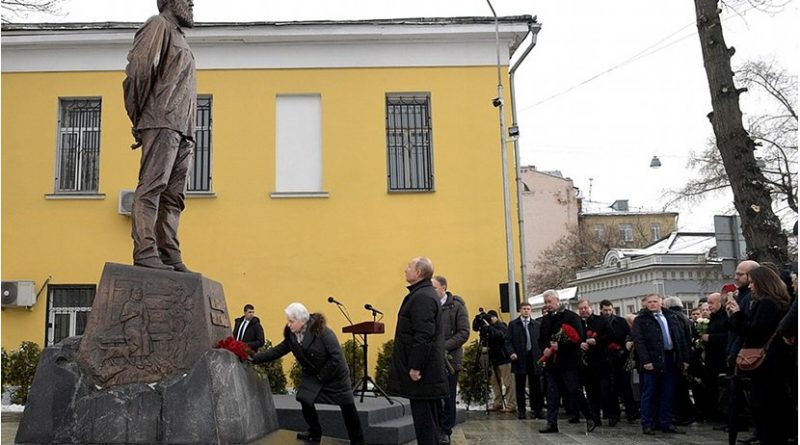 Russia’s President Vladimir Putin attended the unveiling ceremony for a monument to Alexander Solzhenitsyn in Moscow’s Tagansky District on the 100th anniversary of the writer’s birth.

The bronze monument sitting on a granite pedestal was designed by National Artist of Russia Andrei Kovalchuk. His project won the architecture and sculpture tender held in 2017 by the Union of Moscow Architects at the initiative of the Alexander Solzhenitsyn House of Russian Expatriate Community, with the support of the Ministry of Culture.

Alexander Solzhenitsyn (December 11, 1918 – August 3, 2008)[ was a Russian novelist, historian, and short story writer. Solzhenitsyn was an outspoken critic of the Soviet Union and communism and helped to raise global awareness of its Gulag forced labor camp system, most notably in his three-volume work, The Gulag Archipelago.