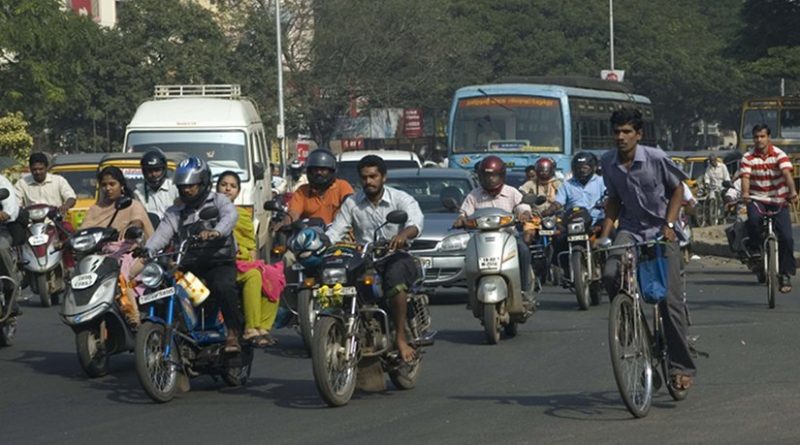 Bicycle and motorcycle riders in India.

Does anybody know how many people are employed and how many remain unemployed in India today?

The unorganized class is constituted largely by unskilled, semi-skilled and skilled people, some of whom may be self employed and others working as daily wage laborers or contract laborers in several areas like agriculture, real estate and construction etc.

It is now being propagated that jobless is increasing in India at alarming rate. Who has the real figures?

It is often reported in the media when some private companies in the software and other sectors retrench the employees for whatever reasons. But, rarely any news come about the number of people being employed newly in the private sector which is also happening. In the case of public sector, it is extremely rare that anyone would lose the job whatever his level of his efficiency or performance.

Data on jobs in organized sector

The ground reality is that there is no authentic figures available nor is it possible to collect with regard to the number of people getting jobs or losing jobs in the organized sector, particularly in the private sector.

Data on jobs in unorganized sector

There is absolutely no data as to how many people are really employed or remain unemployed in the unorganized sector.

Even as the country is feverishly debating about the so called joblessness, there are complaints from several quarters including households that they find it difficult to get a plumber, electrician , carpenter or driver to carry out the required work.

The fact is that there is no joblessness for skilled and semi-skilled people in India today who find employment somewhere or remain self employed.

At the same time, we also find complaints from many companies and employers that they are not able to get suitable engineers or accountants and other persons for various jobs with sufficient merits and knowledge level to be given employment. The country has rapidly expanded the quantitative level of education at the cost of quality to some extent.

The right way to describe the scenario in India today is not crisis of joblessness, but a crisis of skilllessness.

Realizing this scenario, Prime Minister Modi constituted a separate ministry in central government to promote skill development in the country. Several initiatives have been taken by the government to impart training in various skills for the people. While some progress has been made, a visible impact is yet to be seen on the ground.

What is required is to re orient hundreds of arts and science colleges in India and many engineering colleges and polytechnics as institutions for providing special skills in multi various fields, instead of general education that do not build job potential among the students.

The task is complex and challenging and there cannot be an over night solution.

The diagnosis is that there is huge level of lack of skill in India and several potential jobs are not happening due to such lack of skill among vast section of people.

Obviously, the debate on joblessness in India is taking place in vacuum.

Home » Debate In Vacuum On Joblessness In India – OpEd