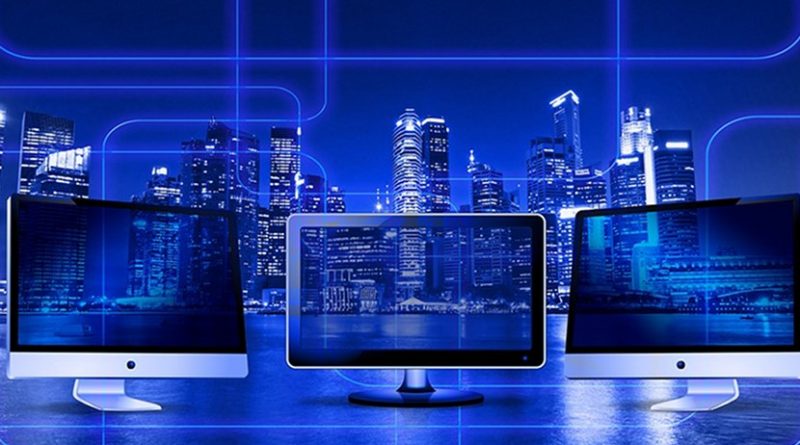 ASEAN’s rapid urbanisation has implications for important issues such as strained infrastructure, rising inequalities, and public safety and security. However, if ASEAN makes full use of technology by bringing its smart cities together, a vision of sustainable and liveable cities across the region will become achievable.

ASEAN’s demographic and economic growth has led to rapid urbanisation. According to a report by Centre for Liveable Cities in Singapore, an additional 90 million people are expected to move to cities across the region by 2030. In fact, the largest growth is expected in medium-sized cities of between 200,000 and two million populations, and these cities are projected to drive 40% of the region’s growth.

Against this backdrop, it is important for ASEAN cities to adopt “smart” technologies to address the challenges in urban development such as traffic congestion, pollution, and strained infrastructure. With the establishment of the ASEAN Smart Cities Network (ASCN), which is an initiative of Singapore for the 2018 ASEAN Chairmanship, it gives ASEAN member states a leeway to adopt cities-level mechanism for achieving a vision of sustainable and liveable cities.

Through this, it allows a representation both at the national and municipal levels to facilitate cooperation on smart cities development.

To help ASCN achieve a sustainable urban development, the ASEAN Smart Cities Framework was developed to serve as a non-binding guide to facilitate smart city development in each ASCN city in the region. It consists of three strategic outcomes or objectives: competitive economy, sustainable environment, and high quality of life.

ASCN allows ASEAN to capitalise on new technologies for innovation. For example, there is an opportunity for ASEAN to develop and improve their infrastructure through technological innovations in urban planning. In Thailand, the government established the Phuket Smart City Vision, which aims to boost tourism using big data and analytics.

One of its projects is The City Data Platform, which is used to understand tourist behaviour in Phuket collected from Wi-Fi, Internet-of-Things (IoT), and social media. The data collected on popular locations that tourists visited as they connected to Wi-Fi is also used to ensure their safety.

A smart city initiative also helps promote the well-being of people. For example, Indonesia’s fifth largest city, Makassar, initiated its Smart City Plan in 2014 to create a people-centric and sustainable city. One of its programmes is the mobile health services, which is known as Dottoro’ta. Its services include diagnosis, emergency care, and follow-up care, which are available 24 hours every day.

Safety and security are also assured through smart city projects. In the Philippines, Davao City established its own Public Safety and Security Command Centre (PSSCC) to oversee activities related to safety and security. The PSSCC adopts technology capabilities such as CCTV surveillance system and Geographical Information System (GIS), which is used to analyse spatial information and edit data in maps.

It also raised the efficiency of innovative services through the adoption of smart technologies. Singapore’s Smart Nation Initiative (SNI) aims to provide an open and accessible national e-payment infrastructure to facilitate simple and seamless digital transactions. In fact, Singapore’s banking industry launched FAST (Fast and Secure Transfers) in 2014, which allows having a money transfer system between consumers and businesses across different banks.

Yet these opportunities will be harnessed successfully if challenges of implementing smart city initiatives are addressed. Since access to the Internet is required to fully benefit from digital technology, ASEAN member states should work together to address digital divide.

Other countries in ASEAN also experience the grip of high cost of adopting high-speed Internet. In Singapore, high-speed Internet cost is only at US$0.05 per megabit per month, which is more affordable than in Thailand (US$0.42), Indonesia (US$1.39), Vietnam (US$2.41), the Philippines (US$2.69), and Malaysia (US$3.16).

Insufficient digital talent base could also hold ASEAN back from harnessing the opportunities of digital economy. A report by Bain & Company (2018) said that 45% of SMEs in the region are lacking of understanding on digital technology although SMEs represent 99% of total enterprises in ASEAN.

Lack of trust and low consumer awareness could also hinder the uptake of digital services. In fact, around 89% of Malaysians and 79% of Indonesians are having concerns sharing their personal information online and through mobile devices, according to a survey by GSMA Intelligence.

Ultimately, the respective governments and legislatures must design and put in place the relevant legislations and rules to implement the ASCN. However, there are still some regulatory elements that restrict digital economy in the region. For example, Malaysia’s Personal Data Protection Act 2010, which was enforced in 2013, compels data users to seek approvals from its authorities before moving personal data out of Malaysia’s territories.

The government cannot build smart cities alone that is why it is important for them to partner with the private sector to deploy smart solutions technology on a bigger scale. Involving private sector helps create better solutions and value, whether it is in financing, planning experience, and technical expertise.

Developing public awareness on ASCN must be a top priority to disseminate the progress and key achievements of the initiative. Hence, there is a need for social media engagement so that the achievements of ASCN will be communicated on a bigger scale.

It is also important to have a highly coordinated government system like Singapore’s Smart Nation and Digital Government Office, which was established to develop and coordinate digital strategies across government agencies. This allows the country to have a proper coordination system with other institutions in designing digital and smart city roadmaps.

Support and partnerships from external partners are also a key for the success of ASCN. Collaborative partnerships can bring not only financing but also technical expertise and operational capabilities. For example, Amata Smart City Chonburi and the Yokohama Urban Solutions Alliance have signed a letter of intent on smart energy management system, which would help Amata Smart City Chonburi for its plan to set up its own Smart Grid Project.

ASCN is instrumental for bringing ASEAN smart cities together. However, realising opportunities of smart cities across the region requires action plans such as involving private sector cooperation, developing public awareness, having a highly coordinated government system, and collaborating with external partners.

*Phidel Vineles is a Senior Analyst in the Office of the Executive Deputy Chairman at the S. Rajaratnam School of International Studies (RSIS), Nanyang Technological University, Singapore.