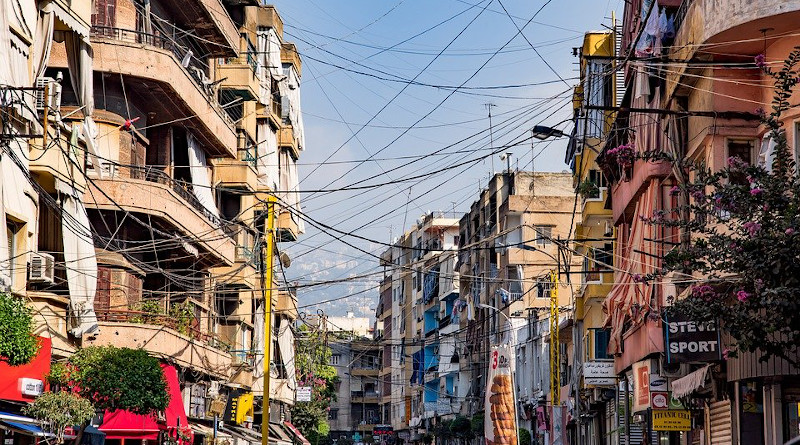 It is two in the afternoon and Verdun Street, one of Beirut’s upscale neighborhoods, is doubly lit up — by the midday sun and by street lights.

“Look at the street lamps shining brightly in the middle of the day while most areas suffer from power outages,” Fatima Hachem, 29, a local resident, told Arab News.

The incongruity of the scene — street lights kept unnecessarily on during daylight hours — is unmistakable in a country where residents get between three and 12 hours of electricity a day depending on the locality.

Such systemic inefficiencies are all the more glaring at a time when Lebanon is seeking a $10 billion loan from the International Monetary Fund (IMF).

Given its disproportionate contribution to Lebanon’s public debt, the urgency of an overhaul of the electricity sector cannot be overstated.

“Electricity reform is one of the key steps to re-equilibrate the economy,” an IMF official, speaking on condition of anonymity, told Arab News.

“We will see it as an emblematic and major improvement.”Volume 90%

The official added that, without reforms, “there would be no loan program.”

As a first step, the IMF has asked Lebanon to audit its national electricity company, known as Electricite du Liban (EDL). Loss estimates should note “not only the changes in price of fuel oil, but also the change in the exchange rate,” it said.

In recent months, the purchasing power of the Lebanese population has eroded, with the currency losing two-thirds of its value, dropping to LBP4,000 from LBP1,515 to the US dollar.

“At the moment, the Lebanese government links increasing tariffs on electricity to the increase in power generation, while the IMF believes that those two should not be tied. Also, eliminating electricity subsidies is the most significant potential expenditure saving,” the IMF official said.

To generate fiscal savings, it is imperative the Lebanese government increases tariffs as soon as possible, they said.

However, this would mean raising electricity charges for most of the population, who are already under economic pressure as a result of the COVID-19 pandemic.

Most of the losses can be attributed to a combination of fuel oil subsidies, tariff pricing on the basis of $20 per barrel since 1994, and theft from the power grid.

The problem is only set to worsen with an increasing population, including refugees (currently 1.5 million) whose numbers have grown through recent arrivals and whose electricity consumption has crossed the 400 MW mark.

Under the circumstances, Lebanon’s electricity shortfall is estimated at 1,600 MW.

Among the things the IMF wants to see are the creation of a regulatory authority for the electricity sector and the appointment of new board members for EDL, which after resignations has been left with only three members to oversee it.

Lebanon’s Energy Ministry, meanwhile, is pushing for an amendment to laws before the implementation of proposed reforms.

Electricity reforms already exist — but only on paper.

The law, 462/2002, permits the setting up of a regulatory authority, frees it from political interference, and disallows EDL’s monopoly over the electricity sector in terms of production, transportation and distribution of electricity.

The implementation, however, is easier said than done.

Christina Abi Haidar, a legal expert with 15 years’ experience in the energy sector, said: “Once we have a regulatory authority, the political authority would cease to exist.”

She told Arab News: “We only pass reform-related laws when we need to borrow from the international community, but we rarely implement them.”

Last month, Dr. Antoine Habchi, a Lebanese Forces MP, filed a lawsuit against the Energy Ministry for corruption and waste of public money.

“The electricity sector is a black box marred by corruption,” he told Arab News, “It is not in the interest of those planning on financially benefiting from it to implement laws or to fix the situation.”

Take Law 181 passed in 2011. It was enacted in support of a proposal by Gebran Bassil, the then energy and water minister, to enable the power sector to hire consultants, appoint a board of directors for EDL and establish a regulatory authority within three months.

The cost to the government was projected to be LBP1.772 trillion (equivalent to $1.175 billion at the time). The proposal was to be implemented within four years, resulting in most of Lebanon receiving power for up to 24 hours a day.

By the end of the period, the money had been spent, but unsurprisingly, there was no improvement in the electricity supply.

“We have spent the money, appointed consultants and built two new power plants in Zouk and Jiyeh, and over $350 million was spent on the primary works of rehabilitating the old Zouk and Jiyeh power plants,” said Habchi.

“But to date, we do not have a regulatory authority or a new board of directors for EDL. We also do not have 24/7 electricity supply.”

The new Zouk and Jiyeh power plants are said to lack the fuel treatment systems and separators necessary for the burning of any type of fuel.

After many bureaucratic delays, separators reached Lebanon, only to be held up at the Beirut docks instead of being transported to the site and installed.

Now, Lebanon is planning to have four gas-fired plants, two of which were built in 1996. Use of gas could save up to a quarter of a billion dollars per power plant in imported fuel oil costs, according to experts.

But here, too, problems have arisen.

The Selaata power project is a case in point. Work on the new plant is scheduled to start by the end of 2020, around the time when Lebanon intends to shut down the old Zouk and Jiyeh power plants.

Selaata is linked to a plan involving the installation of Floating Storage Regasification Units, or FSRUs, across the country to serve both new and existing plants operating on gas.

The initial idea was to have one FSRU for all of Lebanon, located in the northern, Sunni-majority Beddawi area.

However, the issue has sparked political debate along sectarian lines, resulting in the plan expanding to include three FSRUs, tripling the cost.

The argument in favor of Selaata is that there is a need for such a large power plant and that it will be constructed in an industrial area.

However, a number of ministers within the Cabinet object to the Selaata project on the grounds that it involves costly land appropriation.

They say the project was conceived only to please the Christian constituency of the Free Patriotic Movement party and not on merit.

Other concerns are insufficient feasibility and its environmental impact, in light of the power plant’s location close to the sea.

“The whole of Egypt has one FSRU, yet the smart people here in Lebanon want to build three FSRUs and waste public money on a useless power plant and overpriced land appropriation,” said Habchi.

Raymond Ghajar, the energy and water minister, declined to comment on the Selaata project among other issues.

Lebanon’s power crisis is also linked to the smuggling of fuel oil and fuel products to neighboring Syria, according to experts.

This is not only problematic from the standpoint of electricity generation, says Habchi, but also poses a risk in light of Washington’s Caesar Act, which bans aiding the Syrian regime.

Within its borders, too, fuel oil transactions are a cause for concern.

An official document obtained by Arab News suggests that subsidized fuel oil has been finding its way from the EDL to the private sector.

A letter numbered 198 and dated June 4, 2018, sent by Sarkis Hleiss, director general of the petroleum facilities in Tripoli and Zahrani (ports), to Cesar Abi Khalil, Lebanon’s then energy minister, asked for permission for the purchase of 6,000 metric tons of fuel oil.

More worrying than the amount is the likelihood that the deal was only the tip of the iceberg.

The letter said: “Due to the shortage of fuel oil in our possession, and in order to supply of the local market, your Excellency is kindly requested to accept the request from EDL to hand us a quantity that is about 6000 metric tons of fuel oil from the first tanker loaded with an ISO 8217 fuel oil reaching the oil facilities in Zahrani, knowing that we are ready to pay for the price of this quantity in cash, after determining its cost by the General Directorate of Petroleum, as always.”

It seems that Lebanese taxpayers are paying double to receive electricity: Once, during the importing of fuel oil, and again when buying power from the private sector during blackouts.

Against this backdrop of mismanagement, wastefulness, incompetence and corruption in the power sector, what is the realistic probability of the Lebanese government getting the IMF loan?

Not much, says Nazih Najm, head of the energy parliamentary committee, who doubts that international donors will lend any money to Lebanon.

Najm is not even sure Lebanon needs to go cap in hand to the IMF: “We still have about $18 billion in foreign reserves at the Central Bank as well as gold reserve.”