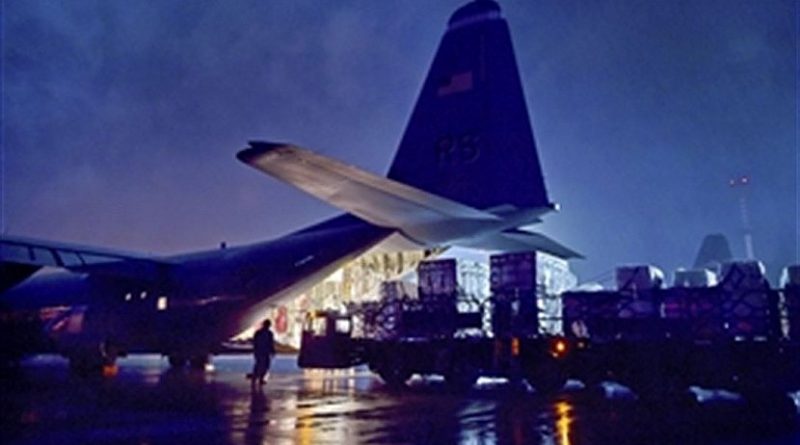 It has been reported that President Donald Trump is instructing the Department of Defense to draw up plans to withdraw almost 10,000 US soldiers currently based in Germany by September. For many observers of transatlantic relations, this news came out of the blue for a number of reasons.

September seems like an impossible deadline. There seems to have been no consultation with America’s allies in Europe over this issue. There are many unanswered questions. For example, where would these 10,000 troops go if they were returned to the US? After all, it is not just the troops but also their family members who would need a place to live, access to health care, and schooling for children — and at such short notice.

But the biggest surprise in this news is that it would undermine all the progress the Trump administration has made with transatlantic security. Since 2017, the US has increased the number of its troops and training exercises in Europe, while bolstering spending on European defense. After doing so much to improve security in Europe, why take so many troops out of Germany now?

Perhaps Trump is trying to put more pressure on Germany to do more inside NATO. Germany is Europe’s biggest economy but fails to meet even the most basic NATO spending requirements for its military. Perhaps he is trying to score political points during election year. After all, bringing US troops home from Germany would resonate well with Americans, who believe that Europe is not pulling its weight in NATO.

US troop numbers in Europe have come down drastically over the years. During the height of the Cold War, there were more than 300,000 US soldiers based across the western half of the continent. After the Soviet Union collapsed, this number was sharply reduced in the 1990s. Today, there are roughly 34,000 US soldiers permanently based in Europe, with a few thousand more regularly rotating to the continent for military training exercises.

It is important to remember that American troops are in Europe today first and foremost for US national interests. They are not there just to protect Europeans. While the presence of US troops on the continent might bring additional security to European countries, this is a consequence of, and not the reason for, their presence.

There are four reasons why it is in America’s national security interest to maintain a robust military presence in Europe. First, the stability and security provided by the US troops benefit the transatlantic economy as a whole. Together, North America and Europe account for almost half of the world’s gross domestic product. They are each other’s No. 1 source of foreign direct investment. They are each other’s No. 1 trading partner. They are also responsible for creating millions of jobs for each other.

Other than the fighting with Russia in Eastern Ukraine, and pockets of instability in the western Balkans, Europe has not known this level of peace and stability in centuries. The US military presence makes this a reality.

Secondly, the reason for US troops in Europe goes beyond Europe. The military presence in Europe gives American policymakers more options and flexibility to respond to crises on Europe’s periphery. The huge US military garrisons during the Cold War are now America’s forward operating bases in the 21st century. From North Africa through to the Levant, past the Caucasus and into Russia, and then up to the Arctic, there is a zone of instability and unpredictability. Overlaying this region are some of the world’s most important oil and gas pipelines, shipping lanes, and fiber optic cables.

Thirdly, Russia is getting increasingly aggressive and the US has NATO obligations to help defend Europe. Whether it was in 2008, when Russia invaded Georgia, or in 2014, when it illegally annexed Crimea from Ukraine, Moscow has shown a willingness to use military force to meet national objectives.

The large US military presence in Europe serves as an important deterrence against Russian aggression, especially among NATO’s members in Central and Eastern Europe. After all, it is far easier to deter Russian aggression and to defend the Baltic states than it would be to liberate them. And stability in Europe creates the conditions for economic prosperity. European economic prosperity benefits the US economy for reasons already mentioned. Therefore, as long as Russia remains a threat to European stability, then US forces have a role to play on the continent.

Finally, withdrawing US forces in this unexpected manner will be watched by America’s friends and foes alike. There has been very little, if any, consultation with NATO members or America’s other partners in Europe about this possible troop withdrawal. Many of America’s friends in other places, like East Asia or the Gulf, will wonder if they might be next.

Also, the Trump administration should not believe that the withdrawal of 10,000 US troops from Europe can be considered as a goodwill gesture to Russia to improve relations. On the contrary, Moscow will see this withdrawal as a sign of weakness. This was the case in 2009, when President Barack Obama unexpectedly removed key components of America’s missile defense system in Eastern Europe leading up to his administration’s so-called “reset” with Russia. Only a few years later, the reset became a regret. Russia was invading Ukraine and changing the borders in Europe by using military force for the first time since 1945.

Trump should not repeat the same mistake.

At this stage, the president has not given the green light to remove the troops. He is only asking for a plan. Let’s hope that this is a ploy to put pressure on Germany to do more within NATO. However unwilling some in Europe might be to invest more in their armed forces, an American withdrawal from the continent is not the right answer. It will only invite aggression that will weaken the US and the transatlantic community.

Home » Plan To Withdraw US Troops From Europe A Mistake – OpEd