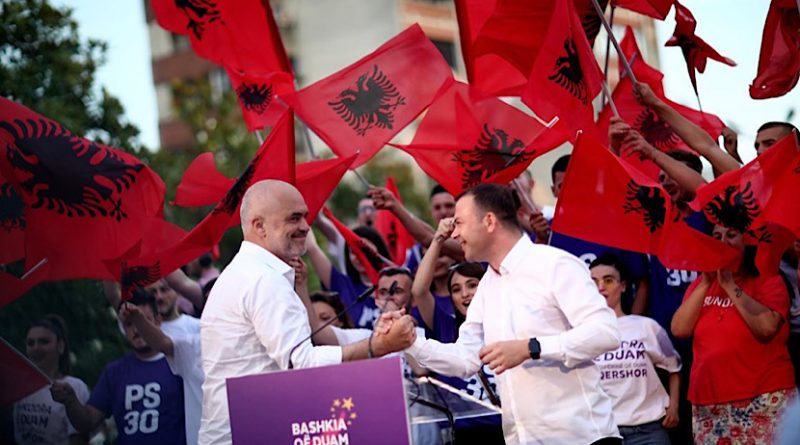 The Socialist Party Mayor-elect of the northern city of Shkodra was forced to resign on Thursday after opposition parties revealed he had a criminal record in Italy for drug dealing.

His departure weakens the position of the Socialist Prime Minister Edi Rama and further complicates the political and constitutional situation in Albania following the opposition boycott of the June elections and the lack of the functioning Constitutional Court.

Valdrin Pjetri won 100 per cent of the valid votes as the sole candidate in the election for the post of Mayor of Shkodra following the opposition boycott. He was set to be the first-ever Socialist Mayor of Shkodra, a staunchly anti-communist city and bastion of the centre-right Democratic Party.

However, before he could take up his position, he was accused of having hidden from his CV a drug-related sentence in Italy dating from 2003, when he was a 20-year-old student.

The Democratic Party delivered the decisive blow on Tuesday when it published the Italian court verdict of his sentence. The document said Pjetri was arrested for flagrant drug dealing in Florence and later accepted a deal with the authorities for an 18-month suspended sentence and eviction from Italy.

On Thursday, Pjetri acknowledged the episode but downplayed its significance. “A totally banal event that happened among friends and fellow students, in which I had no responsibility … has been put out of context,” he said, complaining of being “lynched beyond moral scruple”.

The fate of the governance of the city remains unclear following his withdrawal. Formal procedures foresee that the President should decree new elections for the city.

However, confusingly, President Ilir Meta has refused to acknowledge the June 30 elections, or their results. The Constitutional Court would normally judge such disputes but is currently out of session.

The June 30 elections were boycotted by the main opposition parties who claimed Prime Minister Rama was using organized crime networks to sway votes.

Albania approved a special law in 2015 intended to cleanse its tarnished politics of organized crime figures. Under the law, anyone sentenced for serious crimes was banned from holding public office and those sentenced for other crimes were obliged to declare them before taking oath.

Failure to declare previous brushes with the law would result in dismissal from office. Several mayors and MPs have up till now fallen foul of the law.