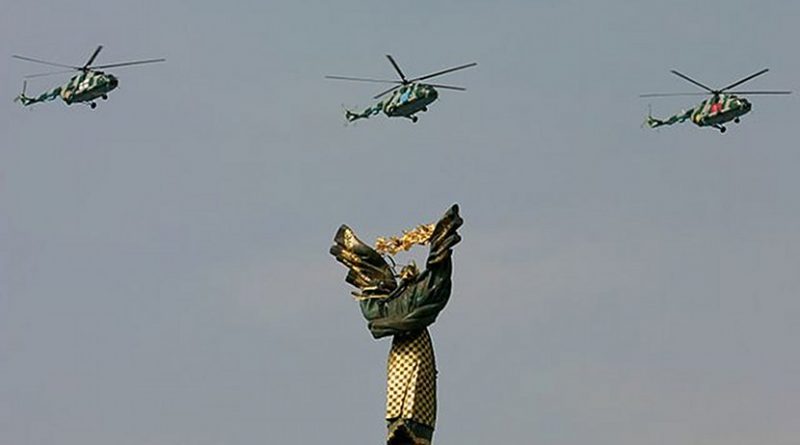 Amid wildly conflicting stories about the Ukraine scandal one thing’s for sure. Someone’s not telling the truth. That means some of the news reports are based on misinformation.

Who is spreading the misinformation? Associated Press has been caught as one guilty party. That troubling revelation comes not from the ubiquitous news stories we see carrying an AP byline. It has been conducted out of view of the general public.

AP’s vehicle for this covert activity involves an AP publication that is generally unknown to the public at large. But for news editors and journalists it is a bible. It’s called the AP Stylebook. News people rely upon it as a reference on style matters, such as whether to write website or Web site, or how to spell the name of China’s president.

The Stylebook goes beyond that, however. For instance AP just released a supplement titled, “Impeachment Inquiry Topical Guide.” [http://bit.ly/326iL9f] It recommends how to spell Ukraine’s new president’s surname and the country’s capital city. But it goes further than that. It delves into the political arena. And that’s where AP went wrong. Under the guise of providing the news community with useful background it has snuck in one-sided versions of controversial issues that are far from settled.

One example appears in the background on the unusual role of Rudolph Giuliani in the Ukraine affair. AP makes reference to “the discredited theory that Ukraine and not Russia tried to intervene in the 2016 election.” Stating that this has been categorically discredited is a boldly false statement.

But that allegation is far from being self evident. By not warning of that fact, AP has misled the journalists again.

How is it not self evident? Here’s the presidential oath of office:

The premise of AP’s argument is that asking a foreign country to investigate a political opponent violates the oath of office. But the oath of office is clearly silent on any such type of activity. It is an open issue on whether Trump committed a transgression here. Maybe he did, maybe he didn’t. That’s a subject being considered by highly visible Congressional inquiries in which some parties are seeking to impute meanings into the oath. But for now the allegation is unsettled and the supposed violation is not in the oath per se.

AP’s transgressions continue in the Guide’s section on “Key Places.” It states that Russia “annexed Ukraine’s Crimea region” as if that were a settled matter. However, it is clearly in dispute. Most Crimeans rebut the annexation claim, believing that they voted to be reunited with Russia.

It is true that the United Nations passed a non-binding resolution that claims the Crimean referendum on independence from Kyiv was invalid. “Non-binding” is a critical term here. What’s more, that resolution would seem to conflict with the very Charter of the UN that cites “the principle of equal rights and self-determination of peoples.”

This is plainly a contested political battle in which AP is playing the role of a combatant.

AP could learn a lot from the National Geographic Society. While claims still abound that Crimea remains subject to Ukrainian sovereignty, the Society has drawn its maps to show Crimea as an integral part of Russia. The organization’s director of editorial and research for National Geographic Maps put it simply: “We map the world as it is, not as people would like it to be.”

Even on simple matters AP misrepresents. For instance it announces a style change from Kiev to Kyiv. There’s nothing wrong with that. But AP’s rationale is mistaken. It claims that change is “in line with the government’s preferred transliteration to English.” But it is not a “transliteration” issue. The name for Ukraine’s capital city is Kiev in the Russian language. In Ukrainian it’s Kyiv. It’s a language difference, not one of transliteration. It’s like we say Moscow, they say Moskva.

And then there’s the matter of how to spell the surname of Ukraine’s president. AP recommends that editors and journalists use “Zelinskiy.” But the common usage in English has been Zelensky. A Google search with that latter spelling netted 15,100,000 hits. For “Zelinskiy” it is only 64,700.

Unlike the capital city name, this spelling issue really is a matter of transliteration. And AP seems to be going with the wrong choice. AP claims that Zelensky himself requested AP to use the “Zelinskiy” transliteration. But when I asked them to substantiate that claim they failed to respond. Incidentally, the president himself on his official English language website spells it “Zelenskyy.” That nets 44,000 hits on Google.

There are still additional signs of bias in AP’s Guide that are more serious than spelling. They seem to indicate a persistent application of bias. It makes frequent use of loaded terms.

For instance, it says that “Russia tried to intervene in the election” of 2016. By any common definition of the word “intervene” AP’s usage is inappropriate. There was no force or threat of force, there was no demonstrable hindrance or modification, there was no demonstrable interference in an outcome. At worst, what Russia has been alleged to have done is what is commonly called propaganda. Given all the distortions in AP’s guide it seems likely that its use of “intervene” is a deliberate provocation of fear.

At this point it is necessary to reflect upon what AP is up to. What kind of role is it playing in bringing vital political news to American voters? A quote from Walter Cronkite can help put this into perspective:

I can’t think of a rational argument that would support a notion that AP is practicing even basic journalism. It has exploited the presumptive trust enjoyed by its Stylebook — a bible in the journalism field — to covertly propagate one-sided “background” to its unsuspecting readers.

If one accepts Cronkite’s concept of journalism, there no longer seems to be reason to trust AP’s Stylebook. It’s wrong on the political issues. It’s even wrong on the simple matter of how to spell the Ukrainian president’s name. The Stylebook might more honestly be termed a political document that manifests an insidious propensity to propagate false and misleading information.

What a sad and troubling conclusion that is.