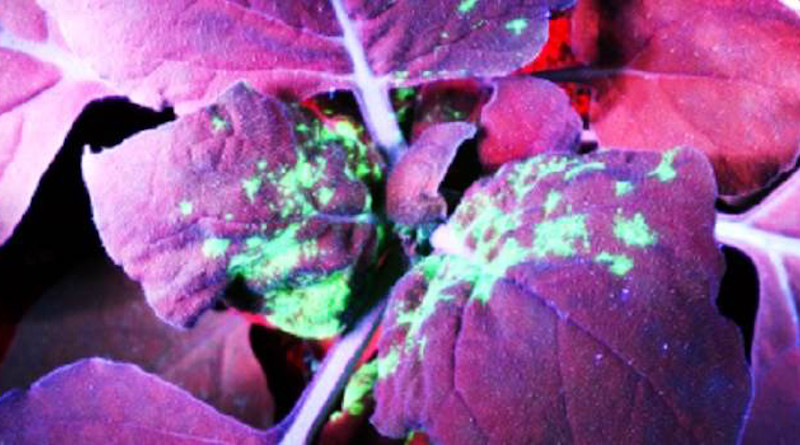 A novel CRISPR/Cas system that can efficiently attack and destroy several prolific plant viruses has been developed by KAUST using tobacco plants and is now being extended to rice and other crops.

This research aims to reduce the impact of plant viral infections, which cause losses of 10-15 percent of the global crop yield every year.

CRISPR is a natural system found in bacteria that confers adaptive immunity by copying and “storing” elements of viral DNA, which remind the organism of that particular virus and ready it for a future attack. When the virus attacks again, the bacteria’s CRISPR system releases CRISPR RNAs, which are small molecules that guide CRISPR-associated (Cas) proteins to bind to the viral DNA and attack and destroy the virus.

“Most plant viral genomes are based on single-stranded RNA,” says Magdy Mahfouz, who supervised his Ph.D. student Ahmed Mahas and postdoc Rashid Aman through the research. “So we needed a Cas protein that would cleave RNA to destroy the viruses. Our first study used variant Cas13a, which attacked the turnip mosaic virus, but it was not efficient enough. We decided to search for an alternative Cas13 variant that was more robust.”

“Our main challenge was to devise an efficient, easy-to-use assay system to help us screen all the variants quickly,” says Aman. “One variant in particular, CasRx, stood out as robust and highly virus-specific—meaning it only targeted viral RNA and did no damage to the plant itself.”

“CasRx might be more efficient because it is one of the smallest Cas13 proteins found to date,” notes Mahas. “Unlike other Cas13 proteins, it doesn’t require binding to specific structures at the target RNA site, meaning it could access and degrade almost all the viral RNA sequences we tested,” he adds.

Furthermore, CasRx can target up to two viruses in the same plant at the same time. This would enable the simultaneous targeting of multiple viruses in mixed viral infections, like those found under natural conditions.

“We will harness CasRx to engineer different plant species against RNA- and DNA-based viruses,” says Mahas. “Our results also open up the potential for many other potential applications.”

Home » Cleaving Through The Heart Of Viral Infections