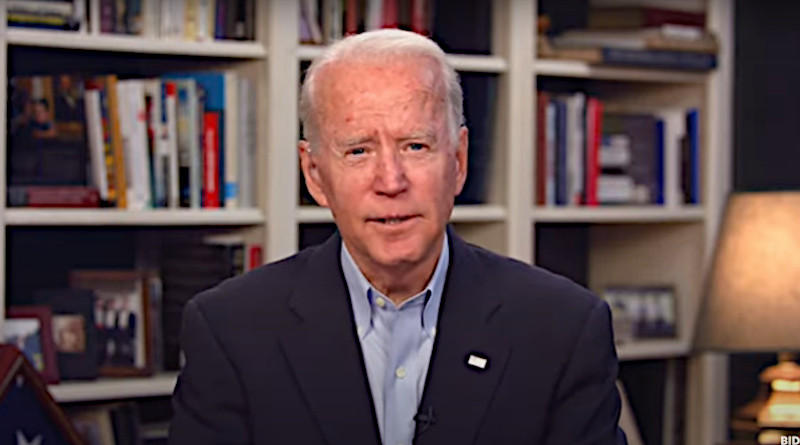 In the heavily liberal and progressive populated states, a faint disturbance is beginning to swell towards a dull uproar as Democrats are being dangerously challenged and the presumptive nominee for their presidential pick is inspiring a continuous and contagious yawn fest.

The current Rasmussen Reports poll shows that just 54% of Democratic Party voters are satisfied with former Vice President Joe Biden as their candidate while 28% think they need a new dog in the hunt. Across all political ideologies 82% believe Joe Biden will be the eventual nominee even though 36% cringe at the thought.

And in the California special election for the 25th District, Republican Mike Garcia has flipped the seat back to red – a district that President Trump lost by seven points to Hillary Clinton in 2016. Perhaps the good folks in that northern edge of Los Angeles County, and a smudge of eastern Ventura County, don’t see a path forward with Mr. Biden.

Can you feel the ground tremors yet?

California’s 25th District was flipped blue in 2018 by the energetic Katie Hill, who served about a year before resigning over a sex scandal involving a staffer and nude photographs making the rounds on the internet. The Republican winner will fill the seat for the remainder of Hill’s term. However, both Mike Garcia and his Democratic opponent Christy Smith will again face off in the November general election for the subsequent two-year term. No rest for the weary.

The seat was Republican-held from 1992 to 2012 by Howard McKeon, who retired, and then until 2018 by Republican Steve Knight, who was defeated by Hill in 2018. The win by Garcia is also a major milestone in the Golden State’s Republican politics: It is the first time since 1998 that Republicans flipped a Democratic-held House seat.

Another solid special election win in Wisconsin’s Seventh District had Trump nearly giddy with praise, “Tom Tiffany (@TomTiffanyWI) is a Great Advocate for the incredible people of Wisconsin (WI07). We need Tom in Congress to help us Make America Great Again!”

It’s not been a stellar or victorious week for Democrats: The Department of Justice dropped the Flynn investigation, Republicans picked up congressional wins, and Joe Biden is collecting poor polling numbers in keeping with the dredging up of old scandals no one remembered in 2008. Biden has been off-screen for a long enough time that voters haven’t much of an opinion.

Calling the mental health of candidate Biden into consideration, Rasmussen also reported that Governor Andrew Cuomo of New York, who is not a presidential candidate, had nearly half the Democratic voters’ support. But what really points to dismay and apathy within the party itself are these dismal numbers forecast April 29: “Republicans (75%) are a lot more enthusiastic about a Trump-Biden matchup than Democrats (57%).”

What do they know?

Democrats have no doubt enjoyed – if only for a very brief time –  months of causing mayhem by controlling the House of Representatives. If Democrats in liberal safe spaces like California and Wisconsin let down their guard one bit, a red wave could be possible.

Perhaps the apathy that paralyzed the silent majority until 2016 is in full swing on the opposite side of the aisle. And with a man who generates a lukewarm response – at best – in the electorate leading the charge against the incumbent at 1600 Pennsylvania Avenue, a 2016 rinse and repeat is looking more and more likely.