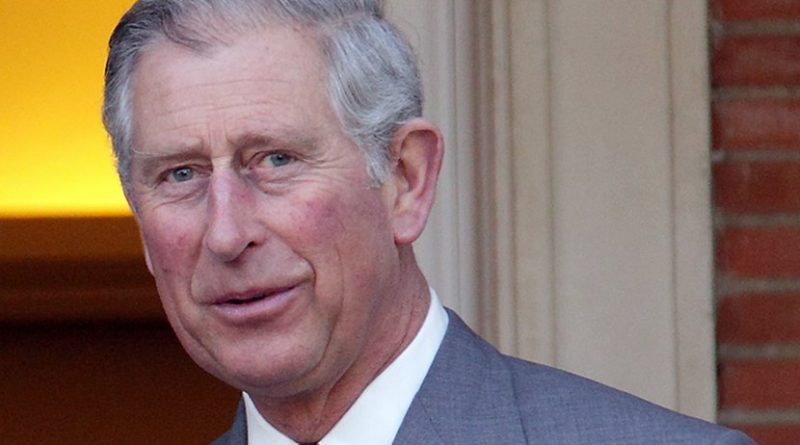 The tendency of Israel to describe any criticism of its policies as anti-Semitism thwarts the Middle East peace effort and enables extremists to fan the flames of conflict. It also makes it easy for Israelis to denounce anyone who challenges their extremism or violence.

Britain’s Prince Charles knows what I am talking about. In 1986, after touring Saudi Arabia, Bahrain and Qatar, and traveling through the Suez Canal, he wrote down his candid feelings in a seven-paragraph letter and sent it to one of his friends, the author and war hero Laurens van der Post.

The letter was discovered recently and published last week by a British newspaper, the Daily Mail.
Charles was honest and factual in his comments, which Israelis tend to frown upon. He said he had learned much about the Arab-Israeli conflict by talking to Arabs. That was an important point, because many politicians, especially in America, listen only to the views and opinions of Israelis and don’t spend enough time listening to Arabs.

The prince told his friend that he spent time reading an English version of the Qur’an, which he said gave him “some insight” into how Arabs “think and operate.” He noted in a positive way that the Qur’an put much emphasis on hospitality, and the accessibility of traditional Arab rulers.

But it was his comments about Israel and Jewish activists that angered the Jewish world, and sparked complaints that Charles was anti-Semitic. He wrote that after speaking with many Arabs, he had come to understand the Arab point of view, especially the widespread belief among many Arabs that Israel is really a colony of the US.

I found Charles’s letter to be honest and forthright, values that many Israelis dislike because truth and justice tend to undermine the Israeli narrative, and often expose the fake history Israel has crafted that distorts their own responsibility for causing violence and suffering.

You can talk about Christians and Muslims in the Western world and never be accused of being anti-Christian or anti-Muslim. But if you ever blame anything on Jews, you are immediately denounced as anti-Semitic, one of many pejorative terms the Daily Mail used, such as calling the letter’s contents “incendiary.”

Of course, many mainstream news outlets are anti-Arab, anti-Muslim and racist when it comes to the Middle East conflict. They blame the Arabs for everything and give Israel a pass. That is why the prince was probably surprised when he heard Arabs present the other side of the story — a story that is more accurate than the propaganda Israel promotes in its multimillion-dollar public relations spin.

Charles said he recognized Arabs and Jews both to be Semitic people, something Israelis often downplay. And then he lit the fuse of pro-Israel anger, writing: “It is the influx of foreign, European Jews (especially from Poland, they say) which has helped to cause great problems.”

Never mind that his statement is factual; it was the expressed policy of the Western powers for much of the 20th century. This immigration caused great strife, especially since the British government, which occupied Palestine in a Western power mandate until 1948, favored the concerns and interests of Jews over the legitimate and legal rights of non-Jews.

Charles ended his letter with a punch to Israel’s propaganda gut: “Surely some US president has to have the courage to stand up and take on the Jewish lobby?” And he concluded: “I must be naive, I suppose.”

The prince’s short, single-page letter is a counter punch to the even shorter letter that British Foreign Secretary Arthur Balfour delivered on behalf of the British government to Jewish leaders in 1917, declaring British support for a “national home for the Jewish people.”

Charles’s critics have called him anti-Semitic, and worse, because he dared to question the influence of the Jewish lobby in America, a lobby that openly flaunts its power and influence over American foreign policy. Any American politician who dares to challenge Israel will be buried in an avalanche of political and personal attacks. The Israeli lobby pours millions into preventing any critic from being elected to office.

In America and in the West, you are not allowed to acknowledge that truth. You can celebrate Israel as a Jewish state, but never question the role that Jews play in obfuscating Israel’s violence against non-Jews.

Sadly, while many politicians share the views that Prince Charles put down on paper 31 years ago, few have the courage to express them publicly — let alone, as the prince did, to challenge the pro-Israel lobby that bullies, distorts and lies to prevent Israel’s government from ever being held accountable for any of its historic war crimes against non-Jews.