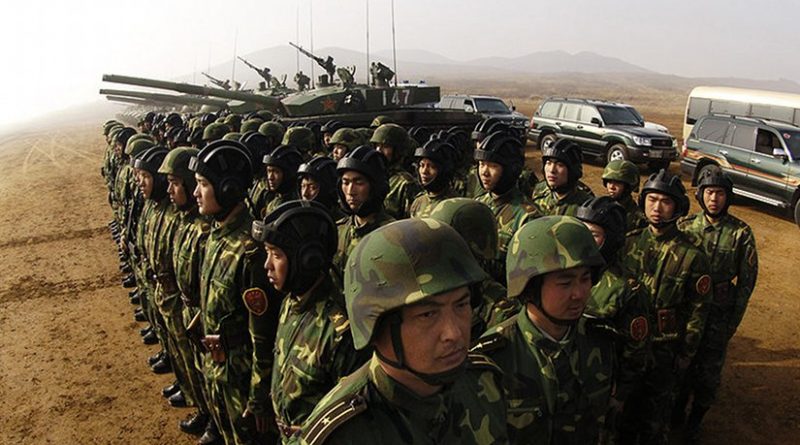 I always thought that when it came to waging psychological warfare (psyops), the Chinese were past masters. That’s why I was dumbstruck by the tweet of editor-in-chief Hu Xijin of Global Times (which is China’s mouthpiece) suggesting that hot meals being provided to PLA during winters as against “cold canned food” being served to Indian soldiers would tip the scales in Beijing’s favour. I’m not very sure if Xijin’s tweet has been inspired by Napoleon’s famous line that “an army marches on its stomach,” but even if this is the case, the Global Times editor seems to have got the import of this saying all wrong-but more on this later.

However, since Xinjin’s assertions that Indian soldiers “can only eat cold canned food and have to endure the severe cold,” is factually incorrect, no one will take his tweet seriously, least of all the Indian army which has been enjoying hot food even on Siachen Glacier [which is incidentally, the world’s highest battlefield]. But this doesn’t mean that rank and file of Indian army is a pampered lot. Those who have served in it will fondly recall how seniors as well as ‘ustads’ [instructors] who happened to be your juniors frequently used the mystical refrain-‘This is ‘fauj’ [army] and not ‘mauj’ [fun], to quell any grumbling or complaints about hardships inherent to profession of soldiering.

Let’s return to the unfinished discussion on issue of Napoleon’s quote mentioned ibid. Like all others, the Indian army too ‘marches on its stomach’, but when duty calls, then leave alone hot or cold meal preferences, food itself becomes a non-issue. This is statement of fact is no exaggeration and be crosschecked from any serving soldier or veteran of the Indian army. On the other hand, Xinjin’s tweet [which obviously must have been cleared by some high-ranking PLA officer] is an explicit admission that the rank and file of PLA comprises what George Bernard Shaw would have preferred to address as “chocolate cream soldiers.” So, rather than demoralising the sturdy and highly determined Indian soldier, this food related tweet has only further boosted up his morale as he knows he’s not facing a hardened soldier but one who requires infusion of hot food to keep going when winter sets in!

The PLA top brass may have told their soldiers the “cold canned food” fib. But when Chinese soldiers sense the pleasant aroma of ‘pooris’ (unleavened bread) being deep-fried in oil and chickpeas being cooked in thick gravy wafting from Indian army positions across the LAC at breakfast time, will they still believe the “cold canned food” lie they have been fed [pun intended]? Furthermore, if battles are won by the side being served hot food, then instead of military commanders, it would be chefs and cooks who would be deciding when and where to move troops in war so that the ‘hot chain’ of food supply isn’t disrupted! Discussion on hot meals brings to mind a famous food related incident during the Korean War [1950-53].

In 1950, when US troops had reached as far as Yalu River which separates Korea from China, the American soldiers and their South Korean allies deployed on its frozen banks were served piping hot turkey with all the trimmings on Thanksgiving Day (November 10) and a confident Gen Douglas MacArthur had even declared that he would “get the boys home by Christmas.” But when PLA alongwith North Korean forces launched a very determined counterattack on November 25, US army and South Korean units who had been fed hot turkey on the frontlines just two weeks ago, were pushed back all the way to the 38th Parallel by Christmas!

So, when China enjoys a distinct qualitative and quantitative military superiority over India, the million-dollar question is that why didn’t Xinjin raise this aspect and instead using the feeble “hot food” issue to psychologically demotivate the Indian army? Whereas the answer is not known, but I can hazard a well-considered guess. In May 1958, Mao Zedong had observed that “weapons are an important factor in war, but not the decisive factor; it is people, not things that are decisive…”

Therefore, could it be that after seeing the valour, grit and phenomenal motivational level of Indian soldiers who despite being heavily outnumbered stood their ground at Galwan on June 15 and gave the PLA a bloody nose, Beijing isn’t quite sure of whether PLA will be able to measure up with Indian army, its technological and numerical superiority notwithstanding! The surprising speed and remarkable professionalism with which Indian army occupied dominating heights along the LAC has validated Mao Zedong’s views that it isn’t the weapon but the man behind it that matters and could this be the reason for Beijing’s disquiet?

Probably what really scares the Chinese leadership most is the fact that should hostilities breakout, the Indian army will not only fight fiercely to defend the motherland but also to avenge the Chinese treachery of 1962. Rezang La, has now been occupied for the first time since 1962 and no soldier of the Indian army can ever forget that it was here that despite being heavily outnumbered, ‘Charlie’ company of 13 Kumaon Regiment refused to retreat or surrender. That out of the 120 soldiers who made their last stand here, 114 embraced martyrdom speaks volumes about the indomitable spirit that exists in the DNA of Indian army!

The Indian army may have suffered a reversal in 1962, but this was only because it was ill-equipped the numerically much inferior to the PLA.  However, the grit and valour displayed by its rank and file despite (to borrow Lord Macaulay’s words) “facing fearful odds,” continues to serves as a source of inspiration. History of Indian army is replete with such tales of valour and this battle-winning factor has already gripped those deployed on the LAC.

So, should the PLA embark on any misadventure, all one can do is to wish them good luck, because they will most certainly require plenty of it.

Tailpiece: A piece of unsolicited advice to those in China who approved the “hot food” psyop theme- while an army may “march on its stomach,” don’t forget that winning wars depends entirely on the ‘guts’ it has [pun intended].