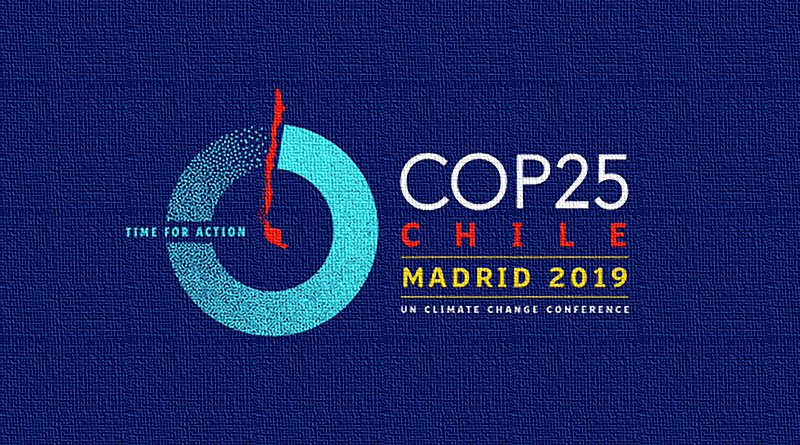 Prior to the UN Convention on Climate Change talks held in Madrid, the sense that tradition would assert itself was hard to buck.  Weariness and frustration came in the wake of initial high minded optimism. Delegates spent an extra two days and nights attempting to reach a deal covering carbon reduction measures before the Glasgow conference in 2020.  The gathering became the longest set of climate talks in history, exceeding the time spent at the 2011 Durban meeting by 44 hours.

As Climate Home News noted, Durban still stood out as being worthier for having “produced a deal between countries that laid the foundations for the Paris Agreement.”  In stark contrast, “Madrid produced a weak gesture toward raising climate targets and failed to agree for the second year in a row on rules to govern carbon markets.”

The UN Secretary General António Guterres was all lament.  “The international community lost an important opportunity to show increased ambition on mitigation, adaption and finance to tackle the climate crisis.”  He hoped that the next year would see “all countries commit to do what science tells us is necessary to reach carbon neutrality in 2050 and no more than 1.5 degree temperature rise.”

The wisdom of COP25 remains similar to that of previous gatherings on climate: politics and environment do not mix well.  Big powers and heavy polluters stuck to their stubborn positions, stressing the merits of loose, open markets to solve the problem, notably in terms of reducing carbon emissions; smaller states more concerned by their actual disappearance lobbied European, Latin American and African allies for firmer commitments and pledges.

Australia was also confirmed as one of the chief spoilers, if not outright saboteurs, at the show, noted for its insistence that it be allowed to claim a reduction of its abatement for the 2021-30 Paris Accord.  This, went the argument, was due to its own excelling in meeting the 2012-20 Kyoto Protocol period.  Previous good conduct could justify current bad and future behaviour.  What Canberra offered the globe was an accounting model of deception, exploiting a regulatory loophole in place of lowering emissions.  It lacked legal plausibility, given that both Kyoto and Paris are separate treaties.

Other states were also noted in performing roles of obstruction, including Saudi Arabia, Brazil and the United States.  These parties were particular keen to push their differences with other states over Article 6 of the Paris Agreement, a provision dealing with mechanisms and models of trading in emission reductions.  Such trade can have a habit of losing validity when put into practice; the issue of transparency remains a considerable problem in such markets.

The US statement at the conference emphasised realism and pragmatism “backed by a record of real world results.”  (Real world results tend to exclude environmental ruination for unrepentant polluters.)  Market results were primary; environmental matters were subordinate to such dictates.  Usual mantras were proffered: innovation and open markets produced wealth, but also “fewer emissions, and mores secure sources of energy.”  Despite leaving as a party to the Paris Agreement, “We remain fully committed to working with you, our global partners, to enhance resilience, mitigate the impacts of climate change, and prepare for and respond to natural disasters.”

Brazil’s President Jair Bolsonaro reconfirmed his climate change scepticism, claiming that the entire issue of COP25 could be put down to commerce.  “I don’t know why people don’t understand that it’s just a commercial game.”  The Europeans, he suggested, were merely being irksome about cash and meddling.  “I’d like to know,” he posed rhetorically to journalists, “has there been a resolution for Europe to be reforested, or are they just going to keep bothering Brazil?”

Brazil’s environment minister Ricardo Salles, known to some as Minister for Deforestation, was similarly keen to place the blame elsewhere.  He had demanded, bowl in hand, some $10 billion under the Paris Climate deal to combat deforestation in 2020.  All in all, he was not optimistic. “Rich countries did not want to pay up.”

Like Australia, Brazil’s environmental ploy is driven by creative accounting, an attempt to leverage previous supposed good conduct in the climate change stakes, playing accumulated carbon credits from Kyoto to meet those under the Paris arrangements.  Using open market rationales, Salles condemned the “protectionist vision” that had taken hold: “Brazil and other countries that could provide carbon credits because of their forests and good environmental practices came out losers.”  In an act of some spite, the minister would subsequently post a tweet featuring a photo of a platter heavy with meats.  “To compensate for our emissions at COP, a vegetarian lunch!”

Madrid will be remembered for its stalemate on carbon credits and the botched rule book on carbon trading.  An effort spearheaded by Costa Rica, including Germany, Britain and New Zealand, to convince states to adopt the San Jose principles, with a prohibition on the use of carbon credit carryover along with other Kyoto gains, was rejected.

COP25 again exposed that degree of prevalent anarchy, if not gangsterism, in global climate change policy.  The emphasis, then, is on attempts and arrangements made within regional areas: EU policy on de-carbonised economies (albeit resisted within by such states as Poland), and bilateral arrangements (the EU and China).  As these take place, the apocalyptic message led by activists such as Greta Thunberg will become more desperate.