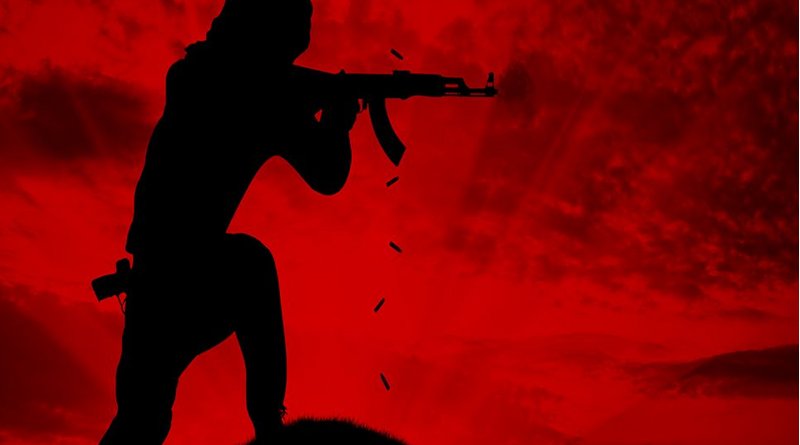 (FPRI) — 2019 was a year of highs and lows for counterterrorism forces around the world. In the first several months of the year, al-Shabaab, the Islamic State’s affiliate in Egypt’s Sinai Peninsula and Boko Haram all launched devastating attacks, respectively, even as the Islamic State’s core organization in Iraq and Syria clung to its last vestige of territory. The town of Baghouz in eastern Syria finally fell in late March after being overrun by a coalition of Kurdish and Arab forces backed by American and French special operations troops.

And while the collapse of the physical caliphate was indeed something to celebrate, the world received a stark reminder that the threat posed by terrorism not only emanates from individuals and groups motivated or inspired by Salafi-jihadist ideology, but also from violent white supremacy extremism. In March, the same month that the caliphate collapsed, an Australian terrorist motivated by white supremacy launched an attack on a mosque in Christchurch, New Zealand, murdering 51 people and injuring another 49. In a trend that has gone on to be emulated since, Tarrant filmed the attack using a GoPro camera and streamed his assault on Facebook Live, drawing the attention of millions around the world.

In April, more than 300 Sri Lankans were killed in a terrorist attack on Easter Sunday, committed by a relatively unknown jihadist group named National Thoweed Jamaat claiming support from the Islamic State. The attack showed that even bereft of territory and suffering from an aggressive counter-terrorism onslaught, the Islamic State was still capable of providing logistical support to terrorist groups in far-flung corners of the world. April also saw another attack by an individual motivated by white supremacy, this time in Poway, California. The Poway attack killed one person and injured three others, including the rabbi of the synagogue where the attack occurred.

Late July brought welcome news from the U.S. government confirming the death of al-Qaeda’s heir apparent, Hamza bin Laden, son of the group’s founder Osama bin Laden. Details of the death were scant, although it is believed that Hamza was killed by a drone strike, possibly in the Afghanistan-Pakistan (AFPAK) border region, at some point during the Trump administration. Hamza’s death is a major blow to al-Qaeda, an organization likely trying to think about its future beyond current leader Ayman al-Zawahiri.

In early August, a white supremacist armed with a semi-automatic civilian version of an AK-47 assault rifle walked into a Walmart in El Paso, TX and killed 22 people while injuring another two dozen. The terrorist left behind a manifesto that railed against immigration and spoke at length about the so-called “Great Replacement” which is a conspiracy theory that argues a liberal cabal of shadowy elites is seeking to replace the white race with minorities and other non-white peoples. Yet another attack by a white supremacist occurred in October, when a neo-Nazi attempted to attack a Jewish synagogue in Halle, Germany. The attacker was denied entry into the synagogue but went on a rampage nearby, killing two people and injuring several others. The Halle attack was particularly interesting because the terrorist launched the attack using 3-D printed components, including a 3-D printed gun. It is too early to call this a trend, but the attack is significant nonetheless for what it portends, a future where guns are readily available to anyone with the resources to print even crude 3-D weapons.

Toward the end of October, the most significant counterterrorism event of the year, and perhaps of the past several years, occurred, when United States Special Operations Forces (SOF) killed Islamic State leader Abu Bakr al-Baghdadi during a raid in Aleppo, Syria. Baghdadi’s death marks a milestone in the fight against the Islamic State, but by no means does it signal a death knell for the group. The Islamic State continues to expand globally, working through franchise groups and affiliates in West Africa, Southeast Asia, and even moving into parts of sub-Saharan Africa. Many of these groups have already proclaimed their loyalty to Baghdadi’s successor, Abu Ibrahim al-Hashemi al-Qurayshi. Moreover, throughout Syria, family members of Islamic State fighters are being detained in squalid camps like al-Hol, as Western nations refuse to repatriate their citizens. The camps are fueling a cycle of radicalization and extremism that will further fuel Islamic State propaganda and help the group recruit new members to its cause. The camps grew even more vulnerable following the Turkish invasion of Syria in October, which drew Kurdish fighters away from the camps where they served as guards, and toward the front lines.

The Islamic State also claimed a terrorist attack in late November that was conducted by Usman Khan, who went on a stabbing rampage in London, killing two people before being gunned down while wearing a fake suicide vest. Some analysts have cast doubt upon the role played by the Islamic State in the attack, though few deny that the group retains an ability to radicalize followers and inspire them to launch attacks in its name. 2019 concluded with an attack by a Saudi Air Force second lieutenant at Naval Air Station Pensacola, who killed three U.S. Navy sailor and injured several others. The attacker, Mohammed Saeed Alshamrani, was reportedly inspired by al-Qaeda in the Arabian Peninsula (AQAP) ideologue Anwar al-Awlaki and bin Laden.

Beyond acts of terrorism committed by Salafi jihadists and violent white supremacists, there is continued violence in countries like Syria, Iraq, Afghanistan, Pakistan and throughout the Sahel in Africa, where al-Qaeda and the Islamic State are battling for supremacy in Nigeria, Mali and Burkina Faso.

Overall, 2019 was a year of highs (e.g., bringing to justice Hamza bin Laden and Abu Bakr al-Baghdadi) and lows (e.g., high-profile terrorist attacks in New Zealand, Sri Lanka, and the United States). The forecast for 2020 is likely to bring a continued surge in the rise of transnational violent white supremacy and a battle for supremacy between the Islamic State, as it attempts to rebuild, and al-Qaeda, a group poised to take advantage of power vacuums in failed states and ungoverned territories plagued by civil war, ethnic conflict, and weak governance.

We should also expect terrorists and terrorist groups to continue flirting with new technologies in an attempt to harness the power of drones, 3-D printing, and artificial intelligence as force multipliers. Finally, it will be important to closely analyze the growing popularity of new ideologies that may inspire acts of political violence in order to identify and understand emerging trends.

*About the author: Colin P. Clarke is a non-resident Senior Fellow in the National Security Program at the Foreign Policy Research Institute (FPRI), a Senior Research Fellow at The Soufan Center, and an adjunct senior political scientist at RAND.

Home » Terrorism And Counterterrorism In 2019: The Year In Review – Analysis