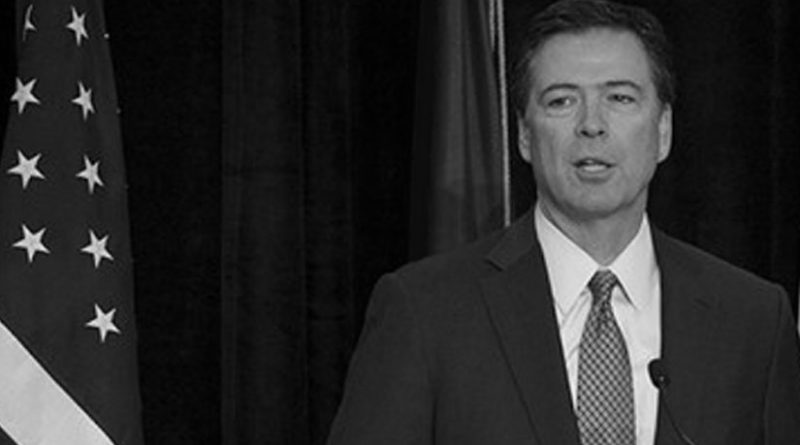 According to Inspector General Michael Horowitz, we have two options in explaining how the FBI conducted itself in relation to the FISA court and its clearly illegal and immoral efforts to spy on at least one American citizen involved in the 2016 presidential campaigns:

When asked about it, former FBI Director James Comey, who headed the FBI during the agency’s repeated use of invented “facts” to justify its interventions in the 2016 elections, Comey insisted the lies and abuse of power were not intended. Which means Comey is admitting multiple FBI agents — and the leadership — practiced “gross incompetence.”

That is apparently the best the FBI can hope for in determining why the has so little regard to the law and for basic decency: “hey America, we’re not evil, we’re just grossly incompetent!”

Unfortuantely, however, many Americans aren’t paying very close attention, or the details are too arcane for many people to make sense of them. Certainly, the American mainstream media has no interest in covering these abuses of power.

But last week, Glen Greenwald summarized where we are with the FBI and its utter disregard for due process, privacy, and the Bill of Rights:

If you don’t consider FBI lying, concealment of evidence, and manipulation of documents in order to spy on a U.S. citizen in the middle of a presidential campaign to be a major scandal, what is? But none of this is aberrational: the FBI still has its headquarters in a building named after J. Edgar Hoover – who constantly blackmailed elected officials with dossiers and tried to blackmail Martin Luther King into killing himself – because that’s what these security state agencies are. They are out-of-control, virtually unlimited police state factions that lie, abuse their spying and law enforcement powers, and subvert democracy and civic and political freedoms as a matter of course.

In this case, no rational person should allow standard partisan bickering to distort or hide this severe FBI corruption. The IG Report leaves no doubt about it. It’s brimming with proof of FBI subterfuge and deceit, all in service of persuading a FISA court of something that was not true: that U.S. citizen and former Trump campaign official Carter Page was an agent of the Russian government and therefore needed to have his communications surveilled.

In order to get this authorization from the FISA court, FBIS agents simply lied to the court, asserting as facts information from the Steele Dossier, and thus

the FBI touted a gossipy, unverified, unreliable rag that it had no reason to believe and every reason to distrust, but it hid all of that from the FISA court, which it knew needed to believe that the Steele Dossier was something it was not if it were to give the FBI the spying authorization it wanted.

FBI agents did this not once, but repeatedly, employing, what the IG report calls “significant inaccuracies and omission” to get spying authorization.

But this should hardly be shocking. This is the same FBI that was headed by James Comey. This is a man who while Deputy Attorney General publicly claimed to oppose the US government’s use of torture , but privately signed off on 13 different barbaric methods of torture. That is, it wasn’t enough for Comey to approve of torture, he also lied about it.

When it came time for Comey to offer help to the Mueller investigation — which ended up indicting no one for any actual collusion with the Russians, we were told repeatedly by pundits and supporters about what a “boy scout” Comey is.

This sort of fawning over DC police-state politicos is par for the course at this point, though. As Greenwald notes on the media’s complicity:

But the revelations of the IG Report are not merely a massive FBI scandal. They are also a massive media scandal, because they reveal that so much of what the U.S. media has authoritatively claimed about all of these matters for more than two years is completely false.

Ever since Trump’s inauguration, a handful of commentators and journalists – I’m included among them – have been sounding the alarm about the highly dangerous trend of news outlets not merely repeating the mistake of the Iraq War by blindly relying on the claims of security state agents but, far worse, now employing them in their newsrooms to shape the news. As Politico’s media writer Jack Shafer wrote in 2018, in an article entitled “The Spies Who Came Into the TV Studio” :

In the old days, America’s top spies would complete their tenures at the CIA or one of the other Washington puzzle palaces and segue to more ordinary pursuits. Some wrote their memoirs . One ran for president . Another died a few months after surrendering his post. But today’s national-security establishment retiree has a different game plan. After so many years of brawling in the shadows, he yearns for a second, lucrative career in the public eye. He takes a crash course in speaking in soundbites, refreshes his wardrobe and signs a TV news contract. Then, several times a week, waits for a network limousine to shuttle him to the broadcast news studios where, after a light dusting of foundation and a spritz of hairspray, he takes a supporting role in the anchors’ nighttime shows. . . .

[T]he downside of outsourcing national security coverage to the TV spies is obvious. They aren’t in the business of breaking news or uncovering secrets. Their first loyalty—and this is no slam—is to the agency from which they hail. Imagine a TV network covering the auto industry through the eyes of dozens of paid former auto executives and you begin to appreciate the current peculiarities.

In a perfect television world, the networks would retire the retired spooks from their payrolls and reallocate those sums to the hiring of independent reporters to cover the national security beat. Let the TV spies become unpaid anonymous sources because when you get down to it, TV spies don’t want to make news—they just want to talk about it.

It’s long been the case that CIA, FBI and NSA operatives tried to infiltrate and shape domestic news, but they at least had the decency to do it clandestinely. In 2008, the New York Times’ David Barstow won the Pulitzer Prize for exposing a secret Pentagon program in which retired Generals and other security state agents would get hired as commentators and analysts and then – unbeknownst to their networks – coordinate their messaging to ensure that domestic news was being shaped by the propaganda of the military and intelligence communities.

But now it’s all out in the open. It’s virtually impossible to turn on MSNBC or CNN without being bombarded with former Generals, CIA operatives, FBI agents and NSA officials who now work for those networks as commentators and, increasingly, as reporters.

When these lifelong “intelligence” bureaucrats — who have spent virtually their entire adult lives sucking the taxpayers dry — go on TV to comment on their fellow spies, it’s no wonder we hear relentlessly about what principled heroes they all are. Indeed, this week intelligence agencies trotted  out former CIA and FBI director William Webster to come ot the agencies’s defense. Webster rebuked both Donald Trump and William Barr for criticizing the the FBI, repeating old bromides such as the claim the FBI is brimming with “people who risk their lives to keep us safe,” and that any attack on these well-paid bureaucrats in suits known as FBI agents is “dangerous.”

But as Shafer and Barstow have shown, spooks and former spooks look out for each other.

Beltway politicos will insist they’re all heroes, but at best,  it looks like they are incompetent heroes. Comey swears up and down he meant no harm when he signed all that paperwork riddled with lies, and designed to manipulate the FISA court into approving FBI spying on an American citizen without cause. Comey didn’t mean to throw the Bill of Rights in the garbage. No, he was merely — to use the IG’s words — “grossly incompetent.”

*About the author: Ryan McMaken (@ryanmcmaken) is a senior editor at the Mises Institute. Send him your article submissions for Mises Wire and The Austrian, but read article guidelines first. Ryan has degrees in economics and political science from the University of Colorado, and was the economist for the Colorado Division of Housing from 2009 to 2014. He is the author of Commie Cowboys: The Bourgeoisie and the