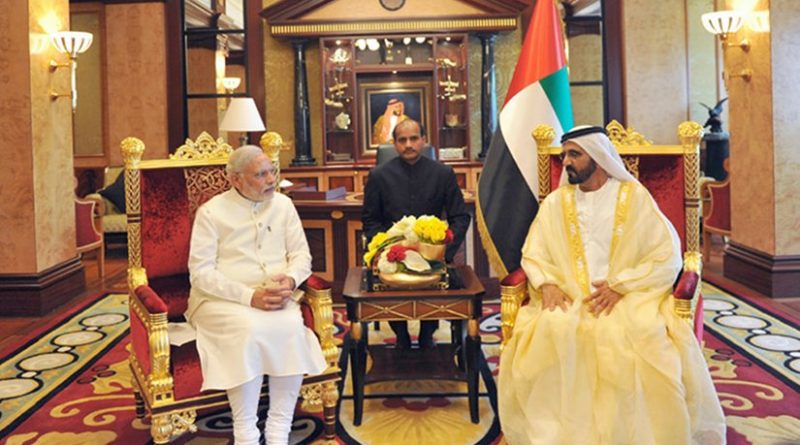 The wheels of history keep turning inexorably. The Israeli-UAE agreement to normalise relations is a path-breaking move in West Asia, and an inflexion point in regional and global geopolitics. The agreement, contained in a trilateral Joint Statement by the US, UAE and Israel, issued on 13 August, is a defining moment for the evolving regional political architecture, that will leave a lasting impact on West Asia. It envisages “full normalisation” of relations between Israel and UAE.

Brokered by the Trump Administration, it will propel the region into a different geopolitical trajectory. Israeli and UAE negotiators are expected to meet shortly to thrash out details of the agreement. Democratic Presidential candidate Senator Joe Biden, has also welcomed the agreement.

What Is The Israeli-UAE Agreement Based On?

The agreement is part of the Trump Middle East Peace Plan which has been on the anvil for some time. Jared Kushner, Trump’s son-in-law and Special Adviser and Muhammad bin Salman, the powerful Crown Prince of Saudi Arabia, have pushed for this plan, dubbed ‘Deal of the Century’.

Netanyahu has to appease his right-wing constituency which will protest any halt to annexation. The threat of annexation retains Israeli leverage and continues to be a pressure point on the Palestinians and Arab countries.

It is likely that Saudi Arabia, other GCC countries and some Muslim countries will follow UAE’s lead, as the roadmap of the Trump Peace Plan unfolds. Among the Gulf Cooperation Council [GCC] member countries, Oman and Qatar have also had informal relations with Israel for quite some time. Israel-Qatar trade ties began in 1996 and trade offices continued to function till 2009 when these offices were closed owing to Qatar’s support to the Hamas government in Gaza and the second Palestinian Intifada [Uprising].

Oman too has maintained trade ties with Israel, terminating them around 2000. Israeli PMs Yitzhak Rabin and Benjamin Netanyahu have visited Oman. Foreign Minister Tzipi Lipi has visited Qatar. Other high-level political contacts have been maintained out of public glare for quite some time. Bahrain and Kuwait, the other two GCC countries, may also follow suit.

After World War I, the former Ottoman-ruled territories in West Asia came under the occupation of the victorious Western powers. In 1917, out of gratitude for the help rendered by the Jewish community in UK, British PM Arthur Balfour pledged to create a homeland for the Jewish people in Palestine which had a small Jewish community, mainly in Jerusalem, the holy city of the Jewish faith. Later, the UK ruled over the territory under a ‘mandate’ from the League of Nations, the precursor organisation of the United Nations.

The UN formed a Special Committee on Palestine [UNSCOP] to consider a solution. The UNSCOP recommended the partition of Palestine into two states – one Jewish and the other Arab. The UN accepted this partition plan, and announced the creation of the two states, with Jerusalem as an international city. Jerusalem is a holy city for the three monotheistic faiths: Judaism, Christianity and Islam. India, a member of USCOP, opposed the partition plan and backed the Arab position for a ‘one state solution’ with safeguards for the Jewish community. The Arabs had consistently opposed the partition plan, and the Arab world exploded in anger when Israel announced its independence in May 1948, leading to the first Arab-Israeli War in 1948 and later the 1967 and 1973 wars.

The Palestinian issue is, perhaps, the most intractable problem which has caused the Arab and the Muslim countries to boycott Israel ever since the latter’s creation. The Camp David Accords of 1979 led to the peace deal with Egypt, and Jordan signed the second peace deal in 1994.

Both Egypt and Jordan have welcomed the deal. Both countries have maintained diplomatic relations with Israel. The Israeli-UAE agreement is the third peace deal. The timing of the agreement is a boost for President Trump’s flagging prospects in the forthcoming November election, and a foreign policy triumph for PM Netanyahu, battling corruption charges.

The Agreement is certainly not a comprehensive peace plan that resolves the Palestinian issue which would have the acceptance of all Arab and Muslim countries but is short-term measure. Palestinians want a viable independent state which is nowhere on the horizon. They view Israel’s annexation plan as violative of international law. Nabil Abu Rudeineh, a senior adviser to Mahmoud Abbas, President of the Palestinian Authority said in a statement: “The Palestinian leadership rejects and denounces the UAE, Israeli and US trilateral, surprising announcement”.

Why Israel-UAE Agreement Could Divide The Muslim World Further

Predictably, Iran has called the agreement ‘shameful’, and Hamas, backed by Iran, has called it ‘a stab in the back of our people’. Turkey has also criticised the deal, blaming UAE for ‘hypocritical behaviour’. Ironically, Turkey has maintained diplomatic relations and ties with Israel for decades, but is today seeking leadership of the Muslim world. Its recent move to convert the former Hagia Sophia Church and Museum in Istanbul into a mosque, indicates the path it has chosen.

India welcomed the agreement on Friday, 14 August, and the full normalisation of Israel-UAE ties, while endorsing the two-state solution – its default position – and exhorted the Israel and the Palestinians to work for a comprehensive peace deal.

“India has consistently supported peace, stability and development in West Asia, which is its extended neighbourhood. In that context, we welcome the full normalisation of ties between the UAE and Israel. Both nations are key strategic partners of India,” MEA Spokesperson Anurag Srivastava said on Friday. Srivastava also said that India “continues its traditional support for the Palestinian cause”, while addeding that “We hope to see early resumption of direct negotiations to find an acceptable two-state solution.”

The fog over the emerging re-alignments in the region has officially lifted. India’s strategic partnership with Israel, Saudi Arabia and UAE is a major pillar of India’s relationship with the West Asian region. This partnership will be strengthened.

Pakistan’s dilemma will increase further as its ties with its patron, Saudi Arabia, is fraying at the edges. Both Saudi Arabia and UAE have ignored Pakistan’s request to convene meetings of the OIC to discuss the Kashmir issue.

Pakistan has shifted closer to Iran and Turkey, as strategic rivalry between Saudi Arabia, Iran and Turkey has led to geopolitical re-alignments. Saudi Arabia and UAE are far more concerned about Iran’s role in the region and have gravitated towards their ally US. This opportunity has been the window utilised by US to bring in its ally Israel into the equation, with the ultimate aim of putting more pressure on Iran. With India’s growing ties to the US, Israel, Saudi Arabia and UAE, and ties with Iran and Turkey floundering over the Kashmir issue, the Agreement will buttress Delhi’s ties with the region.

Home » Does India Stand To Gain From Israel-UAE Agreement, And If So How? – Analysis