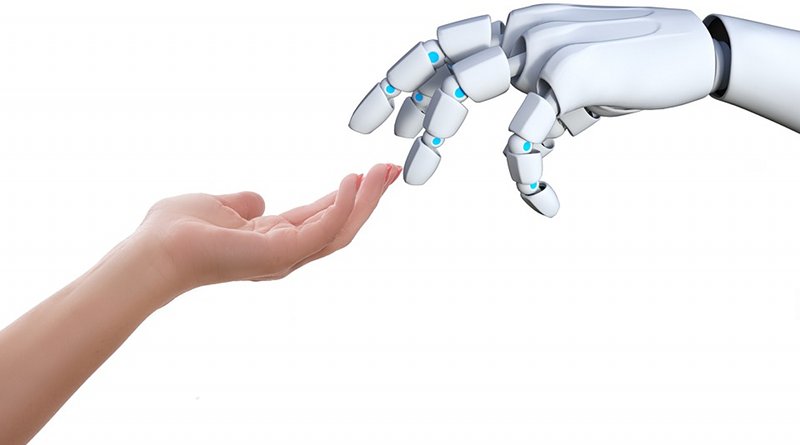 Robot technology is being used more and more in health rehabilitation and in working life. Exoskeletons are one technology with great potential. But this technology is often developed for the average person. So what about people who are small and thin, or tall and overweight

Exoskeletons are a type of outer framework, a wearable robotic device, that are used both in rehabilitation and to facilitate work tasks for people who need to do heavy lifting.

In rehabilitation, an exoskeleton can be used to help the user rebuild their body after an illness or accident, such as a spinal cord injury.

In work situations, exoskeletons are used as a supportive technology to make the job simpler or easier and to promote safer and more correct movement in relation to injuries and accidents. In other words, it is a useful and smart technology.

But as of today, this technology is primarily adapted for a western adult human being of average height and weight – and thus far from suitable for everyone.

Clear goal for the research

The average exoskeleton can accommodate a maximum height of 190 cm and a weight limit of 100 kg.

These parametres exclude many people from using this technology, whether for rehabilitation or to perform work tasks.

Norway has one of the world’s tallest populations (approx. 180 cm for men, 168 cm for women). Indonesia has the shortest population in the world, with an average height of 157 cm. In countries like Bangladesh and Madagascar, women’s average weight is 49 kg, while in the United States there are areas and states with many very overweight individuals. In Mississippi, for example, 40 per cent of the population is overweight.

“Technology is often developed for the average adult male, and being overweight is particularly challenging,” says Roger A. Søraa. He researches robot technology and users at the Department of Interdisciplinary Studies of Culture and the Department of Neuromedicine and Movement Science at the Norwegian University of Science and Technology (NTNU).

Søraa has a clear goal for robot technology research:

“We want to get exoskeleton designers to think more inclusively and develop robot technology that works for more people,” he says.

“This is a glimpse into a future that we want to make inclusive. That includes adapting health technology that can contribute to a better life for the user to be more widely accessible.

Together with researcher Eduard Fosch-Villaronga at Leiden University in the Netherlands, Søraa recently published the article: Exoskeletons for all: The interplay between exoskeletons, inclusion, gender, and intersectionality in Paladyn, Journal of Behavioral Robotics.

Not fair to end users

Søraa and Villaronga have investigated three of the largest exoskeleton manufacturers and looked at their user criteria: US-based Ekso Bionics and Indego, and Cyberdyne from Japan.

“The researchers point out in the study that robot technology was historically regarded as part of a male sphere, and the criteria used to develop new technology reflect the biases that existed at the time. But these criteria should not still be valid today.

“Exoskeleton users come in many different shapes, sizes and genders. However, designers tend to resort to the one-size-fits-all principle. From an investment point of view, this may be cost effective, but it does not do justice to end users who risk being excluded from accessing the technology,” Søraa said.

To make this technology accessible to all, the researchers are proposing some tools for designers and manufacturers to help them become more inclusive.

Søraa has had research stays in both Japan and South Korea, and robotic technology is far more widespread there than here.

“In Japan you see robots being used more often, including at airports for carrying luggage and in the shipping industry where there’s a lot of unloading and loading of goods. This type of robot technology is getting more and more common, so it’s important for it to be adapted to different users,” he says.

We will probably see more exoskeletons in the future, both in the health and labour sectors, he says. As many people as possible should be able to access their use.

Home » Is Robot Technology For Everyone Or Only For Average Person?