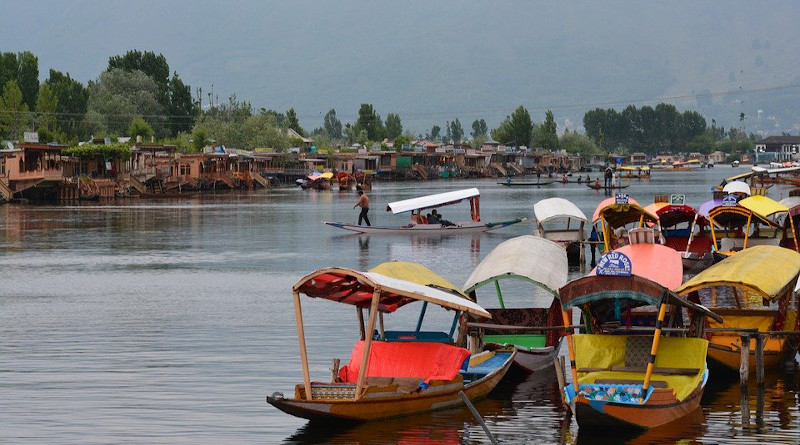 Imran Khan’s dispensation of Pakistan has been desperate and has been committing blunders ever since India reorganised its erstwhile State of Jammu and Kashmir. His Foreign Minister Shah Mehmood Qureshi almost threatened the OIC (Organization of Islamic Cooperation) that if it fails to convene a meeting of the Council of Foreign Ministers on Kashmir, then Prime Minister Imran Khan would convene a meeting on its own with his close partners among the Islamic countries bypassing OIC.

Pakistan has thus been pushing the 57-member OIC, the second largest intergovernmental body after UN, for a Foreign Minister meeting since India created a history of sorts on August 5, 2019. Indian government initiated two changes through an Act of Parliament: Constitutional and Administrative, in the state of J&K. It removed two major constitutional provisions: Article 370 and Article 35-A, which accorded special status to J&K. J&K was divided into two Union Territories for administrative convenience i.e. Ladakh, administered directly by the federal government; and Jammu along with the other region of Kashmir as another Union Territory, removing its statehood.

The fact is that the policy decision of the present Indian government has dislodged the real trouble-makers in the valley so far. However, Pakistan’s endeavour to internationalize the Kashmir issue has further created problems for Pakistan within the Islamic world..

First, Pakistan’s steps towards internationalization of the Kashmir issue has been in clear violation of Simla Agreement, according to which both countries have agreed to resolve any dispute bilaterally. Accordingly, with full knowledge of existing mechanism at the bilateral level probably OIC has not given any positive response to Pakistan’s request or has budged even an inch under the pressure of the threat. OIC chose to ignore Pakistan’s request or threat is a clear signal of sagging, even the modicum of international personality that Pakistan may had so far.

Secondly, Pakistan attempted even in February 2020, when Imran Khan during his visit to Malaysia had insisted the OIC to come together on the Kashmir issue. It means Pakistan has been trying since long for having an ‘Islamic gang’ of countries against India on Kashmir. Pakistan’s repeated requests went unheard in the Islamic world. Consequently, Qureshi went on to issue an ultimatum to Saudi Arabi to show leadership or be prepared for a session of Islamic Countries, ‘with or without the Saudis’. This was a clear threat to split the OIC and  smacks of Pakistan’s incompetence and diplomatic failure.

Thirdly, Pakistan’s August 6, 2020 endeavour against Saudi Arabia has brought the wrath of not only the ruling dispensation of Saudi Arabia but also the opposition within Pakistan. Shehbaz Sharif criticised it as unfortunate and irresponsible. The ‘cavalier attitude’ of the government has degraded Pakistan’s relations with Saudi Arabia where it has tremendous stakes. However, Pakistan government has defended itself claiming ‘internalization’ is the people’s will as every government takes such shelter for its policies.

OIC’s  nonchalance over Pakistan’s request led to Pakistan’s frustration and culminated into the present threat by Qureshi. It has come as a serious damage to Pakistan’s diplomacy with potential to affect the geopolitical equations within OIC.  Pakistan now will have to choose between money or muscle if it moves away from the Arab countries and towards Turkey and others.

Fifthly, Pakistan had borrowed a loan of $6.2 billion from Saudi Arabia in 2018 amidst economic crisis. The loan also included an agreement with Pakistan to provide $3.2 billion worth of oil on deferred payments per annum. The agreement expired two months ago and renewal is pending. Saudis have deferred its renewal. This put Pakistan into troubled waters with severe financial setback as it had to pay USD 1 billion to Saudi Arabia although Foreign Minister claimed that this was just an economic favour made to Saudi Arabia. The rift further widened as Saudis stopped supply of crude oil to Pakistan. Thus, overall Pakistan has brought  economic misery upon itself through this foolish act, which is almost suicidal. Pakistan’s economic loss and loss of its relationship with friendly country further speaks volume about its diplomatic prowess.

Sixthly, probably learning from Saudi Arabia, UAE (United Arab Emirates) had also withdrawn the plan of giving $3.2 billion oil facility on deferred payments. Like Saudi Arabia, UAE had also announced a $6.2 billion package for Pakistan in the year 2018, including a $3.2 billion oil facility. However, UAE later curtailed its financial support to $2 billion only. The response also indicates that there is lack of support for Pakistan even in the other Islamic countries. This further speaks about Pakistan’s international standing and economic status, including within the Islamic world.

Seventhly, as a corollary of the previous loss at the hands of Saudis as well as UAE, Pakistan’s common men may also be suffering on this account. Saudi Arabia is an important employment destination for Pakistanis. Pakistanis working in Saudi Arabia extend to two million and it is also one of the main sources of remittance for the economy of Pakistan. Rift in the diplomatic relations of both the countries will also lead to the worsening of economic condition of Pakistan in the near future. COVID pandemic will further add fuel to this fire. The unemployment and poverty are so entrenched in Pakistan that they form the second largest migrant community in Saudi Arabia. Thus, foreign policy choice of Pakistan has gone anti-people and detrimental to its own national interests.

Eighthly, this act of Pakistan has also damaged its reputation on the global platform as it has exposed the economic and political vulnerabilities of Pakistan. The decision has been criticized as irresponsible, thoughtless and undiplomatic.

Last and the most important, as reported China lent money to Pakistan to repay the $1 billion loan to Saudis. Thus, the episode has led to further grip of China on the economy of Pakistan as China is insisting Pakistan to pay back the loan. Pakistan is already in the debt-trap of China because of the infrastructural projects such as CPEC (China Pakistan Economic Corridor) which is an arm of China’s predatory mega-connectivity project BRI (Belt and Road Initiative). Pakistan is getting deeper into the Chinese trap.

Turkey is another strong stakeholder for leadership of the Islamic world and OIC. Pakistan has been increasing its proximity with President Erdogan’s Turkey. Turkey aspires to replace Saudi Arabia as the de facto leader of the Islamic countries. China too is interested that Turkey should replace Saudi Arabia as leader of Islamic world. Turkey has been supporting Pakistan on several occasion on different strategic issues. Turkey also spoke in UN General Assembly that the international community has failed to pay enough attention on the Kashmir conflict over the last 72 years. Turkey has been supporting Pakistan on Kashmir and Pakistan has been supportive of Turkey on different strategic issues of its interest in different region especially in the Islamic world. Turkey thus has its own vested interests in the Islamic world. Turkey, accordingly has made Pakistan a pawn in its own hands. Therefore, Turkey under present circumstances will always oblige Pakistan over India.

The Global order over the middle-east is getting aligned differently. Saudi Arabia, USA, India has been aligning along an axis which one may say is in opposition to Turkey, China and Iran another axis of power.

Accordingly, India needs to take reset its relations with West Asia countries too in view of the dynamic changes that are taking place in the region.