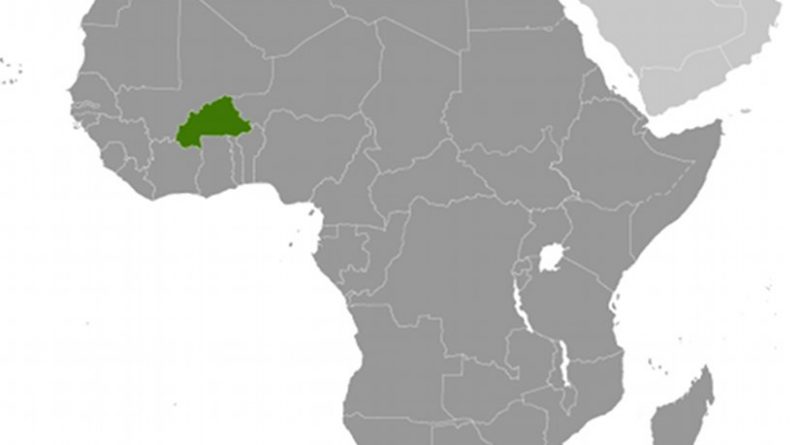 On August 20, 2020, Tajiri Resources announced  that it has entered into an agreement with Sahara Natural Resources to begin drilling in Burkina Faso at the company’s exploration program on the Reo Gold project, located 130 km west of Ouagadougou. The initiation of a mining project even during the Covid-19 pandemic reflects the entrenchment of extractive imperialism in Burkina Faso which is determined on continually exploiting the workers. To take an example, West African gold mining company Roxgold continued to operate at its Yaramoko Mine Complex in Burkina Faso, despite confirming that two individuals had tested positive for Coronavirus at the site.

Industrial mining in Burkina Faso has only evolved during the last decade with industrial gold production increasing tenfold, from five tons in 2008 to more than 50 tons in 2018. The country – which is referred to as a Gold-Endowed, African Low-Income Country (GALIC) – has 154 metric tons of gold reserves and has mainly attracted substantial investment in gold mining. During 2007–14, Burkina Faso experienced a gold rush: it jumped from sixteenth- to fourth-largest gold producer on the African continent. In 2012, a stupendous 941 mining permits and licenses were distributed. From 2007 to 2010, seven gold mining companies came into operation and gold production multiplied eight-fold. In 2010, the revenue from gold exploitation represented 63.8% of total revenues from exportation and 7.7% of GDP. Furthermore, in 2012, the earnings from the exploitation of gold substantially rose from 440 billion CFA francs to 806 billion CFA francs.

The advent of extractivism in Burkina Faso has brought little benefits for the oppressed people of the country. Earlier, the Comptoir Burkinabe des Métaux Précieux (CBMP) was established by the revolutionary government of Thomas Sankara in 1986 to install state monopoly on the production, transformation, export and purchase of gold. Through this state regulation, the entry of private capital was greatly hindered. With the assassination of Sankara in 1987, neoliberal mining laws were instituted by the new administration, aimed at fostering the entry of foreign and private capital. This was to be done through the squeezing out of non-industrial mines and the aggressive aggrandizement of industrial exploitation financed by multinationals.

With the help of the new laws, six western mining companies started operating in Burkina Faso and all of them expatriated their profits, thereby contributing to the overexploitation and the consequent underdevelopment of Burkina Faso. The extent of overexploitation is indicated by the fact that the share of government income from the seven largest gold mines is only 10%. Moreover, mining areas rank among the poorest in the country and the cost of living in these mining locations is significantly higher than in other rural locations. While talking about people displaced by extractivist operations, an NGO stated: “Their fields have been taken away. Now they have neither fields for farming activities nor jobs in the mine…For the local population, the mines do not have any benefit at all”. The displacement of people due to industrial mining is expected since it requires large amounts of land. Land area required for mining may be substantial at the local level and it may result in competition with other land uses at those scales. In Burkina Faso, subsistence agriculture based on cereal growing (sorghum, millet, maize and rice) is the predominant regional activity, employing 80% of the population. Correspondingly, farming is the most affected by mining activities, reducing food production and increasing food insecurity.

Elaborating on the deleterious impacts of mining in Burkina Faso, a report by the organization “Global Change-Local Conflicts” presents an alternative analysis of extractive imperialism in the country. Mining greatly accelerated in the country in 2018 when exploration and exploitation permits for industrial mining were issued for almost half of the surface of the country. With this acceleration, the suffering of Burkinabes concomitantly increased. While talking about the Perkoa zinc mine, – owned by the Australian company Blackthorn Resources Limited – a resident said: “This mine has made us very poor in this village. The area of the mine was the granary of the village and above all the basket of the housekeeper. We no longer have access to all that nature had given us.” Similarly, a peasant from the same area stated: “The mine has sabotaged us; it promised not to tramp on our backs and today it tramples on our heads. The mine lacks respect for our village when arresting and imprisoning our youth.”

A History of Conflicts

Neo-colonial mining in Burkina Faso has resulted in significant conflicts as extractive corporations have found it difficult to impose underdevelopment on the people of the country. A pamphlet written by Lila Chouli, a freelance researcher, outlines the coercive contours of extractivism in Burkina Faso. At Tarpako, the mine operated by the Canadian company High River Gold, the establishment of extractivism meant the expropriation of peasant land; destruction of traditional gold mining, the main activity of the villagers; the emergence of a water crisis; increase in the cost of living; and intense monitoring by private security guards. Similarly, when the Kalsaka mine was established, the mining company had imposed its monopoly by banning artisanal mining. In response, the traditional gold miners, deprived of their livelihood, organized themselves in an association called Nabons-Wende to defend their interests. This was the result of the income destruction of nearly 3,000 people in the area of Kalsaka who suddenly found themselves with no existential security.

At the open-pit gold mine Essakane, located in the province of Oudalan in the north-east of the country and owned by the Canadian firm IAMGOLD (International African Mining Gold Corporation), a strike was organized by the trade union Syndicat National des Travailleurs des Mines et Carrières du Burkina from 13 to 16 December 2011. The protesting people courageously said: “While the ministers in charge of the mines are happy to dine with the mining bosses, they never have as much as 30 minutes to talk to the local people. So let the riot police come. Some of us will fall. We want to see the police shoot at us. But we also have confidence in ourselves. We are sure we will eventually overcome Essakane mine.”

Between May 2011 and December 2014, strikes also occurred against the regulation of working hours at the Belahouro mine, run by the British group Avocet Mining PLC and located about 220 kilometers north of Ouagadougou. In the Bissa Gold mine, run by the Amsterdam based company Nordgold at Kon goussi, 85 kilometers north of Ouagadougou, there was a powerful strike on 1 November, 2014, wherein 90% of the workforce participated. The strikers demanded “wage increases, long-term contracts, the conclusion of labor contracts directly with the operating company Bissa Gold and not with intermediate personnel firms, changes in the working schedule (from a fourteen-day cycle of working days and days off to a seven-day cycle) and the admission of trade union committees.”

In 2006, the Burkinabe state granted a concession area in Yagha Province in the north-east of Burkina Faso to SOMIKA, a Burkinabe company. Residents of the area soon started complaining that SOMIKA not only banned artisanal mining within but also beyond the concession area. In response to this widespread disgruntlement, the company hired security guards who forcefully seized the artisanal miners’ extracted stone; physically assaulted people to check if they were carrying gold; and intimidated the artisanal miners to sell the gold they had extracted to SOMIKA below the market price. These tensions culminated in a protest organized by village residents and artisanal miners on 30 October, 2014, where the national police and SOMIKA’s security guards shot at the demonstrators. Four young demonstrators died on the spot and a fifth on the way to the hospital.

In 2013, the Canadian company True Gold received a concession for an area comprising 28 villages where artisanal mining represented an important source of income for the local population. The granting of concession was antithetical to the sentiments of the residents who, at a public consultation held as part of the environmental and social impact assessments, had argued that the mine would impact health and environment; result in the loss of land for subsistence farming and as well as the loss of places and animals with cultural and spiritual significance. Despite these explicit objections to the mine, the Burkinabe state chose to bend to the demands of Canadian extractivism.

While extractive imperialism is negatively impacting Burkina Faso, artisanal mining also has its drawbacks. Due to artisanal mining, children as young as six have been abandoning school to work mainly in mines where they crush stones, sieve dust, transport water and cook. In 2014, for instance, the net primary school enrollment rate for the entire nation was estimated at 64.4% for the population aged 6 to 11 years and 42.2% for the Sahel region, where gold mining is prevalent. Furthermore, both mining companies and artisanal miners unsustainably use water resources for the production of gold. The use of motorized pumps for transporting water to areas lacking streams; and the lowering of the groundwater table in the pits to allow access to gold-containing minerals are some of the ecologically harmful aspects of gold mining in Burkina Faso. By using pumps, water is discharged with a high sediment content which can reduce the quality of rivers and result in land degradation.

In order to build an alternative to contemporary mining practices, an eco-socialist approach needs to be adopted. Through this eco-socialist strategy, strong environmental controls would be implemented and ecological damages would be prevented. On top of this, an eco-socialist economy will also reconstitute the transnational regime of capital accumulation. Currently, international corporate investors account for nearly 90% of Africa’s gold production. In place of corporatocracies, an eco-socialist approach would support the democratic ownership of resources and the elimination of the profit-maximizing objective. It would also minimise the need for mining by putting an end to the egregious waste of resources under capitalism, driven by obsessive consumption and the large-scale production of useless commodities. Thomas Sankara articulated this point succinctly while giving a speech at the first International Silva Conference for the Protection of the Trees and Forests in Paris: “We are not against progress, but we do not want progress that is anarchic and criminally neglects the rights of others.” In Burkina Faso, an eco-socialist struggle needs to be waged against the “anarchic” growth of capitalism which is decimating the entire country in pursuit of profit.

One thought on “Burkina Faso: Extractive Imperialism And Resistance – OpEd”