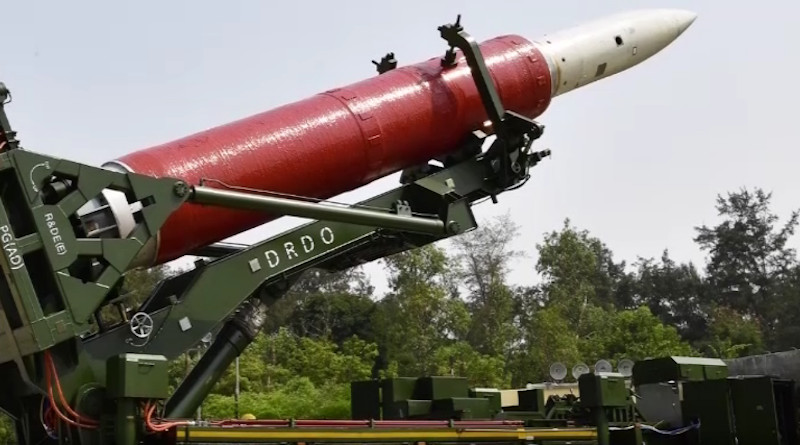 The dynamics of nuclear deterrence in South Asia have been quite complex since the overt nuclearization of the region initiated by India. It had appeared as more of a strategic compulsion for Pakistan to maintain a credible nuclear deterrent posture to overcome the conventional and unconventional challenges from India. This was aimed at reinstating the balance of power in the region. Under this notion, Pakistan has come up with timely and calculated responses based on the full-spectrum deterrence approach in-line with the minimum credible deterrence. This has primarily ensured the nuclear deterrence equilibrium in the region, which prevails to date as well. However, in recent years, India’s provocative and aggressive development of its strategic nuclear and conventional warhead delivery systems having supersonic and hypersonic speeds under its offensive notions of ‘preemption’ and ‘splendid first strike’ has been intensified. This has emerged as one of the most destabilizing factors for the regional equation of strategic stability and nuclear deterrence equilibrium. Such Indian notions would ultimately have long-lasting implications for the nuclear deterrence equilibrium in South Asia which over the years has been primarily ensured by Pakistan’s credible nuclear force posture.

India’s attempt to undermine the strategic stability and nuclear deterrence equilibrium of South Asia is further evident from the rapid augmentation of its missile tests. These include; indigenous developed hypersonic, supersonic, and subsonic speed ballistic, cruise, and anti-submarine missiles. The tests started in September this year with the test launch of the Hypersonic Technology Demonstrator Vehicle (HSDTV). The vehicle was powered by an air-breathing scramjet engine. This technology as per the Indian estimates would serve as a key complement for its future hypersonic cruise missiles development. A test of indigenous developed Anti-Tank Guided Missile (ATGM) was also conducted in the same month but that remains less significant given the Indian offensive nuclear aspirations. Likewise, On September 24, India conducted a successful night test fire of one of its indigenously developed Prithvi-II short-range nuclear-capable ballistic missile. Subsequently, on September 30, India tested an extended range version of the BrahMos supersonic cruise missile having a reported range of 450 kilometers. The BrahMos is believed to be one of the fastest supersonic cruise missiles currently operational in the world.

India’s obsession with missile tests is apparent in the month of October as well. In this regard, on October 3, India tested an advanced version of nuclear capable ballistic missile ‘Shaurya’. The missile has a reported range of 800 kilometers. This is speculated as a hypersonic missile capable of achieving a speed of Mach 7.5. The missile is a surface-launched variant of India’s much-hyped K-15 ‘Sagarika’ submarine-launched missile (SLBM) which has been operational since August 2018. Followed by this, on October 5, India has conducted a test of supersonic anti-submarine missile ‘Supersonic Missile Assisted Release of Torpedo’ (SMART). This is aimed at enhancing the stand-off capability of the Indian Navy in anti-submarine warfare (ASW). Indian security experts have been calling it a ‘game-changer’ in anti-submarine warfare that would significantly boost India’s naval strategic capabilities. In the same vein, on October 9, India has successfully test-fired its first indigenously developed ‘New Generation Anti-Radiation Missile; (NAGRM) ‘Rudram-1’ from a Su-30 MKI fighter jet. The 200 kilometers SEAD (Suppression of Enemy Air Defence) standoff missile can target surveillance and fire control radars of the adversary along with communications sites, and radio frequency emitting objects. Furthermore, it has a reported capability of neutralizing any deployed jamming platform of the adversary and simultaneously preventing its own system from getting jammed. Last but not the least, on October 12, India has tested an indigenously developed intermediate-range subsonic terrain hugging cruise missile ‘Nirbhay’ having a range of 1000 kilometers. However, as per the Indian media reports the test has failed following some technical issues. Such a number of tests in just 35 days indicate that India has been trying to dominate the regional strategic environment by enhancing its strategic and nuclear capabilities.

To further analyze, India’s such aggressive and offensive nuclear posture seems to be an attempt to challenge Pakistan’s nuclear threshold in the prevalent regional security environment. As such, this would likely encourage India to carry out an offensive counter force first strike against Pakistan. In the same vein, it would provide India an edge vis-à-vis Pakistan’s nuclear capabilities that already cover a broad spectrum of threats coming from India including its conventional superiority. Given the Indian eagerness to deploy these offensive strategic capabilities, Pakistan might not be in a much stronger position to deter India from using these sophisticated weapons in case of any crisis situation in the future. Also, against the backdrop of India’s much-hyped notion of fighting a two-front war against Pakistan and China, India’s recent attempt to conduct these tests back to back is quite significant. Thus, India’s enhanced strategic nuclear capabilities would likely further undermine regional security and stability.

To sum up all, India’s aggressive development of its strategic nuclear capabilities coupled with a broad range of warhead delivery systems has posed a serious threat to Pakistan’s security. Notably, Pakistan’s credible nuclear deterrence approach which over the years has evolved into ‘full-spectrum deterrence’ appears to be the decisive factor in the regional equation of nuclear deterrence equilibrium. However, India’s offensive modernization of its strategic capabilities would make the region more vulnerable to conventional and nuclear conflicts. Significantly, India’s eagerness to deploy these offensive weapons has become a considerable challenge for Pakistan. Though the practicality of this might remain questionable, on paper it would be a matter of just a few minutes for India to initiate a preemptive strike against Pakistan especially in the absence of a sophisticated countermeasure. Such an equation would likely encourage India to mold the South Asian deterrence equilibrium in its favor. This would ultimately lead to deterrence instability in the region. In this regard, Pakistan needs to come up with the least possible counter measures to further ensure the deterrence stability in the region.

*The author currently works as a Research Associate at the Strategic Vision Institute (SVI) in Islamabad, Pakistan.