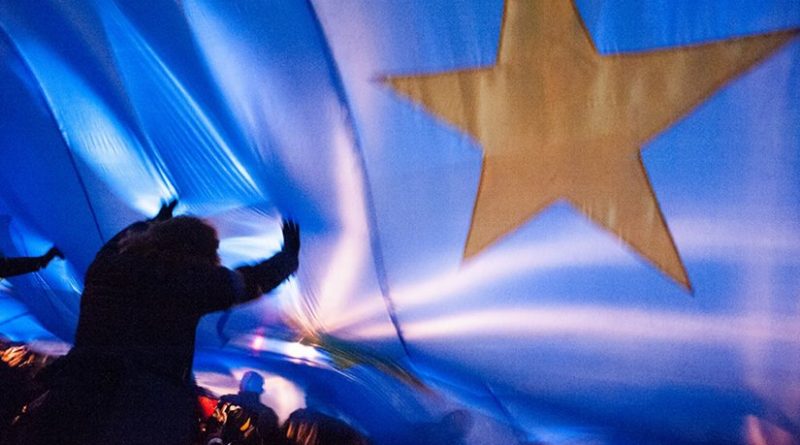 It’s rather revealing that during the conflict which now besets Azerbaijan and Armenia the US is barely interested, happily leaving it to Russia to do the mediating and peacekeeping and the UN to deal with the refugee problems. Quite the reverse with the Ukrainian crisis that began in 2013. Why? What’s the difference?

As the crisis evolved and fighting broke in the east and south with pro-Russian Ukrainians on one side and pro Westerners on the other the US shipped in arms and Russia sent in troops without insignia. The fighting continues to this day.

President-elect Joe Biden was deeply involved in the Ukrainian saga and presumably will now continue to be – President Barack Obama put him in charge of the Ukraine portfolio.

Europe has gone along with the biases in US policy. What are we to make of this? Why should the US and the EU be interventionist in one case and not the other, Armenia?

Professor Arman Grigoryan writes in the new issue of Harvard’s International Security that “Western governments put coordinated pressure on President Viktor Yanukovich (after he had pulled Ukraine out of negotiations on association with the EU and announced that he was signing a customs treaty with Russian instead), condemning his actions and threatening consequences for using force.

At the same time, the Western media vigorously promulgated a narrative of democratic revolution against a corrupt autocrat and his patron in the Kremlin. Liberal, as well as conservative, pundits and Western governments predictably celebrated Yanukovich’s removal from office as a victory for democracy and condemned Russia for fomenting civil war.

Seven years later the West is still propping up a very corrupt regime.

During the anti-Yanukovich demonstrations the US, breaking all the rules of the UN Charter and international law, allowed its Assistant Secretary of State for European and Eurasian Affairs, Victoria Nuland, to wade into the demonstrating crowds that thronged the Maidan Square in central Kiev. She handed out tasty cookies. How would the US have reacted if Moscow had sent a top diplomat to mingle among a Black Lives Matter demonstration either at home or in, say, London, handing out Russia’s especially delicious chocolate?

In fact, a fair percentage of the demonstrators were not liberal, pro-Western, young people. The demonstrations had been infiltrated by fascist anti-Russian organisations whose pedigree stretches back to when they were Nazi supporters. It was they who later fired their guns at policemen in the Maidan, the final hammer on the nail that precipitated the ending of the rule of Yanukovich. In the new government members of these fascist groups were given important portfolios, including, believe it or not, minister of the interior, responsible for the police.

In Armenia, six years prior to the upheavals in Ukraine a mass protest movement erupted. Using upcoming presidential elections as a focal point, Armenians mobilized to reject a corrupt and undemocratic regime. The protests were cruelly repressed. But the US and Europeans expressed no solidarity with the protestors. In fact, they basically took the government’s side, despite the fact, unlike their Ukrainian counterparts, the demonstrators were very disciplined, law-abiding and non-violent.

The reason for the West’s double standard is that the Armenian protestors (like the ones in Belarus today) were not anti-Russian. Most of the non-violent Ukrainian protestors were. There were no condemnations of the regime by the West and no encouragement for the protestors. No one called for sanctions.

The West’s posture went beyond turning a blind eye to the events in Armenia. The Parliamentary Assembly of the Council of Europe sent a delegation which, while saying that the events were subject to “considerable controversy”, merely called for an investigation, even though it did not dispute that it was the government that had escalated the dispute by violently attacking the protestors and even though it acknowledged the unlawful detention of opposition activists.

The US’s State Department’s initial reaction was to congratulate the Armenians on “their active and competitive elections”. Yet, if we are talking about the consistent pursuit of democracy and human rights, the US should have supported the non-violent anti-government protestors.

Interestingly, according to a LexisNexis survey of editorials and op-eds in American papers on both the Armenian and Ukrainian events there were only 12 hits on the Armenian story, whereas with Ukraine there were 840 hits over a similar time period. The New York Times wrote only one editorial on the Armenian events, in which it falsely castigated some of the demonstrators for looting. In fact none of the looters when captured and tried were found to be associated with the demonstrations. In short, the Western media walked happily in lockstep with the attitudes of their governments.

When one examines this history of two countries and the two Western responses one sees very clearly that the West, led by a militantly anti-Russian USA, is obsessed with encircling Russia. Any hint that an ex-Soviet country is anti-Russian and wants to move closer to the West is to be seized upon, no matter how corrupt or misled the country is.

When it comes to it, democracy is not always America’s real concern. History demonstrates the truth of this. Often it is merely a fig leaf hiding more nefarious policies. One sees this not just in Eurasia but in many past US policies around the globe- in the Philippines, Guatemala, Cuba, the Dominican Republic, Nicaragua, El Salvador and Iraq. America said it stood for democracy yet it  ended up supporting autocratic or dictatorial governments.

At least President Donald Trump does not pretend to be a great supporter of democracy and the observance of human rights to be his priority. We have to wait and see what President Biden will make his priority.

Home » Outmanoeuvring Russia, Not Spreading Democracy Is US Priority – OpEd