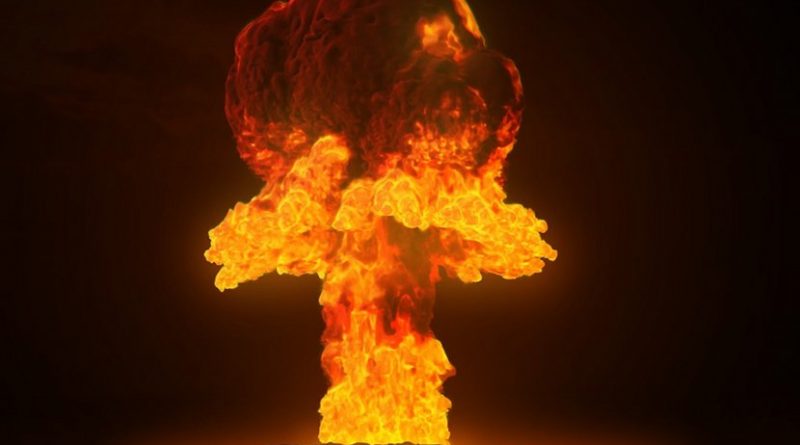 If Democratic candidate Joe Biden is elected America’s forty-sixth president, what happens to the mandate to end the endless wars? It doesn’t go away, but rather falls on the Democrat-controlled House and (presumably, for now) Republican-controlled Senate.

President Donald Trump was elected partly due to his promise to rein in the US government’s military intervention abroad. He managed to not start any new wars, but he hasn’t ended any either. That may be changing in Afghanistan now. Only time will tell, but it’ll have to be be sooner rather than later.

However dissatisfying Trump’s contributions to peace and a nonintervention foreign policy have been, his policies have also enraged the War Party, which went all in for Biden.

The late antiwar writer Justin Raimondo once described the War Party this way: “that complex of social, political, and economic forces that constitute a permanent and powerful lobby on behalf of imperialism and militarism.”

With a long list of war hawks as his backers and Senator Kamala Harris as his running mate, there is no hope that Biden will embrace Trump’s foreign policy agenda, let alone be a more antiwar version of President Barack Obama.

In June 2020, nearly three hundred former Bush officials announced they were backing Biden as president by launching a PAC.

The alliance was so effective in bringing neoconservatives together with the sole purpose of beating Trump’s foreign policy that more than seventy former US national security officials joined the effort.

To them, Trump’s term proved crippling to America’s national security. A Biden presidency, on the other hand, would mean a return to a fully bellicose America.

“Very capable foreign policy advisers stood by him during the election campaign,” former secretary of state Henry Kissinger, famous for his role in terror bombing Vietnam and Cambodia, said recently.

Nothing in Biden’s record or campaign offers any sign that he will run things differently from Trump’s recent predecessors. Biden has supported virtually every war that the US has waged during his near forty years in office, including while he was the ranking Democrat on the Foreign Affairs Committee in the run-up to the 2003 Iraq War. Furthermore, his campaign has claimed Biden will initially use diplomacy to force Syria’s Bashar al-Assad to “share power.” In other words, a Biden/Harris administration would actively seek to bring yet another Middle Eastern leader down.

None of this was made an issue in the media this year. Instead, the Commission on Presidential Debates removed foreign policy from the final debate. Reporters covering Biden never grilled him on his foreign policy stances, and his campaign released little information on what the candidate intended to do with the troops stationed in the Middle East.

That doesn’t mean the American people don’t care about foreign policy. In addition to the ascendant progressive caucus of the Democratic Party, Trump also improved on his support from 2016 and so did Republicans running who embraced his America First agenda. The wars abroad remain unpopular.

What remains to be seen is whether Congress will collapse under pressure from the War Party or seize upon the disconnect between Biden and the American people. Unfortunately, recent history all but guarantees that some congressmen and senators will deem the former more advantageous for their political careers.

In early 2019, Trump announced he was planning on pulling US forces out of Syria. The Islamic State had been defeated, he explained, and there was no reason why US troops should remain in the region. Going against intelligence officials, he ordered the military to lay the groundwork for troop removal, beginning with half of the fourteen thousand US forces that at the time remained in Afghanistan.

Following his announcement, McConnell sponsored an amendment opposing Trump’s plan, arguing that the Islamic State as well as al-Qaeda remained a threat to the United States. A withdrawal then would be “precipitous,” McConnell argued, as it would “allow terrorists to regroup, destabilize critical regions and create vacuums that could be filled by Iran or Russia.”

With the support of senators from both parties, the amendment passed. Senator Rand Paul (R-KY), one of the few who stood against it, congratulated Trump for being “bold enough and strong enough” to bring the troops home.

Calling the bipartisanship group a “war caucus,” Paul criticized Democrats and Republicans for coming together against the president.

“What is the one thing that brings Republicans and Democrats together?” Paul asked reporters. “War—they love it. The more, the better. Forever war, perpetual war.”

*About the author: Alice Salles was born and raised in Brazil but has lived in America for over ten years. She now lives in Fort Wayne, Indiana with her husband Nick Hankoff and their three children.