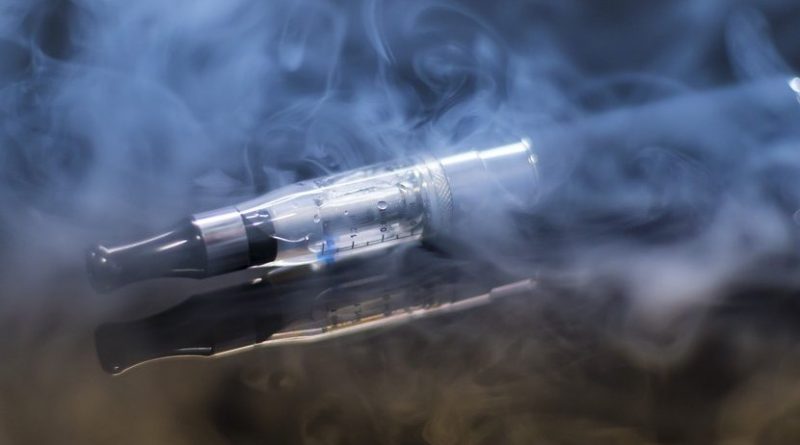 New research appearing in the journal Scientific Reports unpacks the list of chemicals that comprise flavored e-liquids and pods used in vaping and details their harmful effects to lung tissue, including inflammation and genetic damage that could indicate long-term risk for respiratory disease and even cancer.

“While names like mango, cucumber, and mint give the impression that the flavors in e-juices are benign, the reality is that these sensations are derived from chemicals,” said Irfan Rahman, Ph.D., a professor in the University of Rochester Medical Center’s (URMC) Department of Environmental Medicine and lead author of the study. “These findings indicate that exposure to these chemicals triggers damage and dysfunction in the lungs that are a precursor to long-term health consequences.”

Other than propylene glycol and vegetable glycerin, which form the base of vaping liquids, and nicotine, most manufacturers do not disclose the chemical compounds used to create the flavors in vaping products.

Employing mass spectrometry, the researchers identified almost 40 different chemicals present in various combinations in seven flavors manufactured by JUUL. These include hydrocarbons and volatile organic compounds, many of which have industrial uses and are known to be harmful if inhaled.

JUUL – which accounts for more than 70 percent of all vaping product sales in the U.S. – has recently halted sales of most of its flavored pods and several states, including New York, are in the process of banning these products. However, many other companies and independent vape shops continue to manufacture and sell an estimated 8,000 different flavored e-juices and pods.

In the study, researchers exposed human lung tissue – including bronchial epithelial cells, which play an important role in the exchange of gases, and monocytes, an infection-fighting cell in the immune system – to aerosolized vapor from the flavor pods. They observed that the chemicals provoked inflammation and degraded the integrity of the epithelial cells, a condition that could eventually lead to acute lung injury and respiratory illness. Exposure also damaged DNA in the cells, a potential precursor to cancer. The study showed that menthol flavor, which JUUL continues to sell, is equally as harmful as other flavors.

“Vaping technology has only existed for a short period of time and its use, particularly among younger people, has only recently exploded,” said Rahman. “This study gives further evidence that vaping – while less harmful than combustible tobacco in the short run – is placing chronic users on the path to significant health problems later in life.”

Rahman helps lead the WNY Center for Research on Flavored Tobacco Products (CRoFT), a partnership between researchers at URMC and Roswell Park Comprehensive Cancer Center in Buffalo to study the health effects of one of the fastest-growing trends in tobacco use. The Center is supported by a $19 million grant from the federal Food and Drug Administration’s Tobacco Centers of Regulatory Science program.