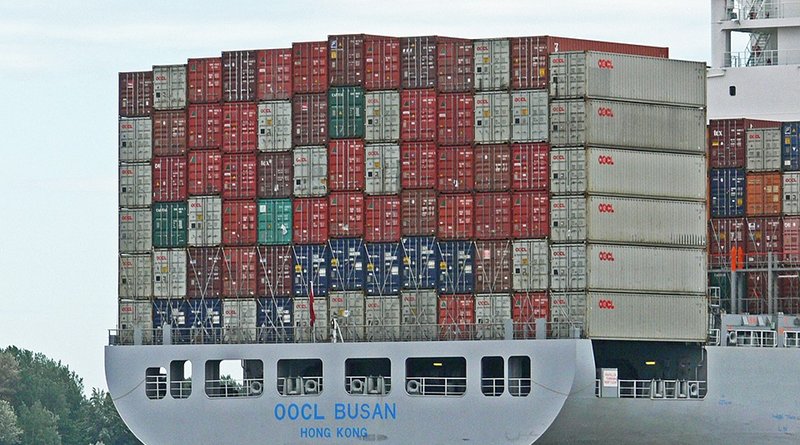 Asia-Pacific economies may see positive trade growth in 2020 but are still facing downside risks from the adverse impacts of the United States – China trade tensions, two new trade briefs by the United Nations Economic and Social Commission for Asia and the Pacific (ESCAP) released Wednesday have revealed.

Trade in the Asia-Pacific region contracted during 2019. For the first time since the 2009 global economic crisis, the value and volume of trade in the region is declining. Total export volume fell by 2.5 per cent, while import volume decreased by 3.5 per cent. Oil exporting economies such as Islamic Republic of Iran and Indonesia as well as Japan, Singapore and Hong Kong, China registered some of the largest declines in export volume.

Merchandise trade in the region also faced strong headwinds in 2018-2019 caused by the worldwide economic growth slowdown and heightened trade tensions. These have had an adverse effect on trade, particularly in the case of economies closely integrated with China through Global Value Chains (GVCs). Integration of smaller traders into the global and regional economy through GVCs is becoming more difficult. New import barriers increase the cost of production and reduce the competitiveness of companies participating in regional production networks.

ESCAP earlier estimated the tariff war-related toll on gross domestic product (GDP) could reach as much as $400 billion worldwide and $117 billion in the Asia-Pacific region. These projections are materializing and could increase unless current efforts to reduce trade tensions are successful.

“For the Asia-Pacific region, the challenge is to increase trade and deepen economic integration to support sustainable development. Looking ahead to 2020, the agreement reached between China and the United States is welcome and should reduce policy uncertainty,” said United Nations Under-Secretary-General and Executive Secretary of ESCAP Armida Salsiah Alisjahbana. She further underscored the importance of the multilateral trading system to underpin future trade growth.

The new guarantees provided by the implementation of the Phase-I deal reached between China and the United States might boost investor and consumer confidence enough for trade in the region to grow by about 1.5 per cent in 2020. This growth would be felt more in developing economies, which could see a 1.9 per cent and 2.7 per cent growth in exports and imports respectively in 2020. However, country-level forecasts vary widely and uncertainties are high.

In trade in commercial services, the region again outperformed the rest of the world in 2019. Relatively slower growth is expected in 2020, with transport services, other business services and goods-related services expected to be most affected sectors. The mid to long-term prospects for trade in services – in particular ICT and business services – remain bright, supported by technological advances.

Commercial services trade in Asia and the Pacific continue to be dominated by a relatively small number of economies, namely China, Japan, India, Singapore, Republic of Korea and Hong Kong, China – accounting for over 70 per cent of total commercial services trade in the region. Increasing business opportunities associated with digital technologies may lead to a further concentration of trade opportunities in those economies.

The ESCAP trade briefs serve as a complement to the Asia-Pacific Trade and Investment Report 2019. They provide in-depth analysis of performance and trends in 2018-2019, and the outlook for 2020 at regional and country levels, with a special emphasis on the impact of escalating trade tensions within and outside the region.

Home » Trade In Asia-Pacific Declines For First Time Since 2009