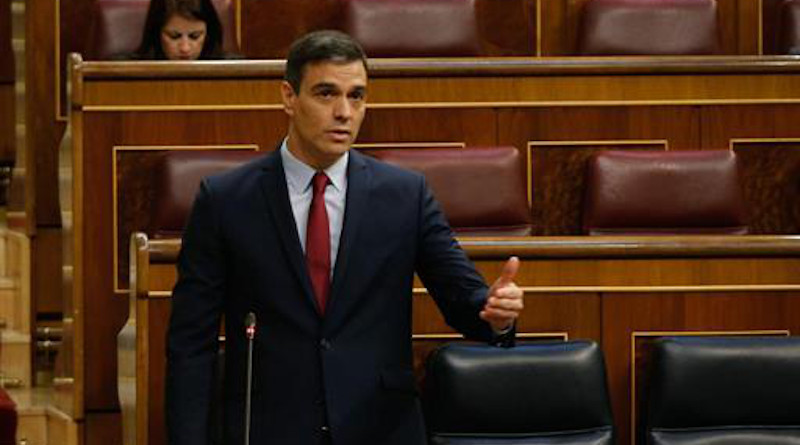 Spain’s Prime Minister Pedro Sánchez announced that a state ceremony to honor Covid-19 victims will be held July 16 and to pay tribute to public servants who have fought the pandemic on the front line. He also advocated overcoming the crisis with unity and social justice, while committed to sustainability, digitalization, science and education.

At the government control session in the Lower House of Parliament, Pedro Sánchez stressed that, over these three months of the pandemic, the efforts made by the public, social stakeholders and public institutions as a whole have helped prevent millions of jobs from being shed and companies closing down, while helping the most vulnerable groups. But, above all, the state of emergency and the lockdown have helped save thousands of lives, underlined Sánchez in his response to the question posed by the MP from the People’s Parliamentary Group, Pablo Casado.

“It is true that we are not all here”, said Pedro Sánchez, who announced that the State ceremony to pay tribute to those who died from COVID-19 will be held on 16 July. The event, he added, will also pay tribute to the public servants “who have fought the pandemic on the front line”. 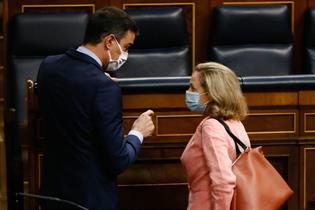 Sánchez stated that “we can come out stronger” from the crisis that has stemmed from the health emergency, and “with unity and social justice, which is what the government is doing”.

In his response to the MP from the VOX Parliamentary Group, Pedro Sánchez argued that the response to the crisis should be “positive, sustainable and inclusive”. For that reason, he stated, the government is planning a transformation of the economy to address the climate emergency and is committed to science and R&D+i, digitalization, the modernization of the education system and to boosting vocational training. Sánchez also advocated strengthening the Welfare State “and hence, we will need to revise our tax system”.

In short, he stated, “all the questions that this government is approving at successive Council of Ministers’ meetings”.

Right response to gravity of crisis

As regards the government’s capacity to implement the social and economic reconstruction of the country – a question raised by the MP from the Mixed Parliamentary Group, Carlos García, Pedro Sánchez stressed that the government “is responding adequately and in line with the gravity of the socioeconomic and health crises”. 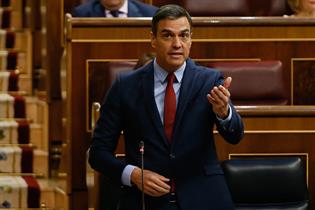 Sánchez praised the government’s action over the last three months on all fronts, with such measures as the ICO lines, the extension of the temporary lay-off plans, the approval of the Minimum Living Income and the Plan for the automotive industry and sustainable mobility presented this week.

He also recalled that, at an institutional level, the Council of Ministers approved the non-refundable sum of 16 billion euros to the regional governments on Tuesday. 70% of that amount, he stressed, will be allocated to healthcare and public education.

“And all of this in just three months. Hence, yes, I do consider that we have the right government to respond to this crisis”, claimed Pedro Sánchez.