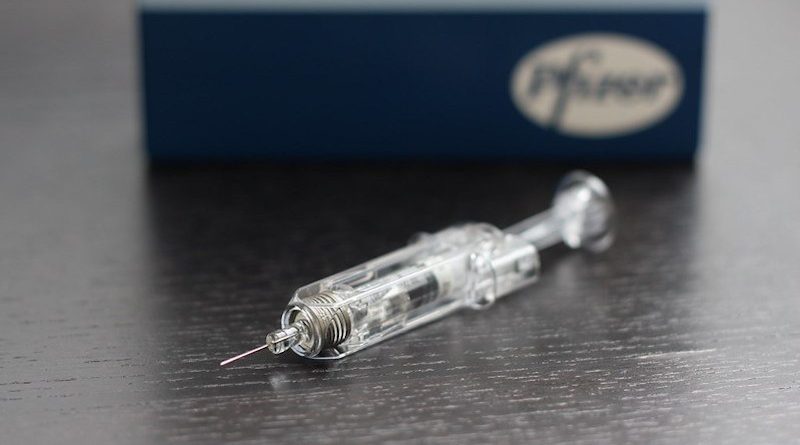 After a 10 month long wait, vaccine news is moving at a phenomenal clip. In the span of 7 days after the US election results, two US pharma giants announced extraordinarily strong efficacy of 90% and 94.5% for their Covid-19 vaccine candidates that blew past the conservative 50-60% benchmark that US health officials were willing to embrace with open arms.

Moderna’s vaccine appears to be 94.5% effective, according to preliminary data from an ongoing study. Pfizer Inc and Germany’s BioNTech announced their vaccine is at 90% effectiveness. Both companies are on track to seek emergency use authorisation within weeks so that vaccinations can begin in December.

The virus, meanwhile, is turbocharged by a cocktail of cooler winter temperatures and casual gatherings. The Institute of Health Metrics and Evaluation at the University of Washington says more than 400,000 Americans will be dead by March 1.

Doctors are begging Americans to cover their noses and mouths and resist the urge to let it rip. “If you can keep your father, mother, brother, sister alive till the Spring, we can save them after that. There’s an end to this,” Peter Hotez, Dean, Baylor School of Medicine, told NBC’s “Meet the Press.”

Against that backdrop, here’s everything we know about the two US vaccines that have sent a burst of optimism through a country exhausted by multiple crises in 2020.

First up, the shots. Both vaccines require two shots, given several weeks apart. U.S. officials said they hope to have about 20 million Moderna doses and another 20 million of the vaccine made by Pfizer and its German partner BioNTech to use in late December.

Both are mRNA vaccines

Moderna and Pfizer-BioNTech vaccine candidates are built on the brand-new mRNA technology. The coronavirus itself isn’t there inside the vaccine. Instead, it is embedded with a piece of genetic code that trains our bodies to recognize imminent enemy action from the spike protein on the surface of the virus. When the mRNA enters our cells, it begins to spew copies of the coronavirus’ spike protein. That prompts the immune system to churn out antibodies against the virus.  In virology, generating neutralizing antibodies is a good surrogate of our bodies’ ability to protect from sickness.

Pfizer’s vaccine needs to be stored at extreme cold temperatures — around minus 94 degrees Fahrenheit. Moderna’s vaccine came with the additional bit of good news that it remains stable in at 2 to 8 degrees C (36 to 46 degrees F), the temperature of a standard home or medical refrigerator, for 30 days. At lower temperatures of -20 degrees C (-4 degrees F), the Moderna vaccine remains stable for up to six months. Once the vaccine is taken out of a refrigerator for administration, it can be kept at room temperature conditions for up to 12 hours.

What does 90% effectiveness mean?

Effectiveness data will change as more results are counted into the sample. Both Pfizer and Moderna’s effectiveness scores were based on less than 100 confirmed Covid-19 infections in a study that had more than 30,000 volunteers. But both companies say that early results are strong indicators of vaccine effectiveness in large populations.

Moderna’s vaccine performance is being studied in 30,000 volunteers who received either the vaccine or a dummy shot. The efficacy percentage was based on data from 95 infections recorded after the second dose. Only five of the infections were in people given the vaccine, all the other infections were among those who got the dummy shot.

Pfizer enrolled 44,000 people and reported its latest results based on 94 infections. Like in the Moderna candidate trials, some participants got the vaccine, others got dummy shots. Unlike Moderna, Pfizer did not release data on the breakdown of infection by subgroups of placebo and vaccine recipients. It only said that the vaccine is 90% effective which implies that all the infections must have occurred in placebo recipients.

All 11 severe cases among placebo recipients

The independent data monitoring board reporting on Moderna results said all 11 severe COVID-19 cases were among those who got dummy shots. They also reported no significant safety concerns. The main side effects were fatigue, muscle aches and injection-site pain after the second dose.

Most frontline workers, rattled by the winter surge in the US, are only too ready to take any shot that is greenlighted by the FDA. If Moderna and Pfizer get emergency approval, the first wave of supplies will be rationed for the “most vulnerable,” Dr. Anthony Fauci has indicated. By all accounts, it may be summer of 2021 before non-high risk people can get a shot. A pretty big expert panel advising the U.S. Centers for Disease Control and Prevention is considering giving high priority to workers in essential industries, people with certain medical conditions and people 65 and older.

How well will the vaccines work?

Moderna’s trial enrolled people older than 65 and Pfizer is the only US vaccine maker to be studying its vaccine in 12 year olds too. Moderna’s trial includes 42 per cent of total volunteers who have weaker immune systems. Taken together, the final results expected November third week should give us a good idea of how well the shot works across a wide range of ages and immune systems.

Home » Pfizer And Moderna Vaccines: Here’s Everything We Know So Far – Analysis