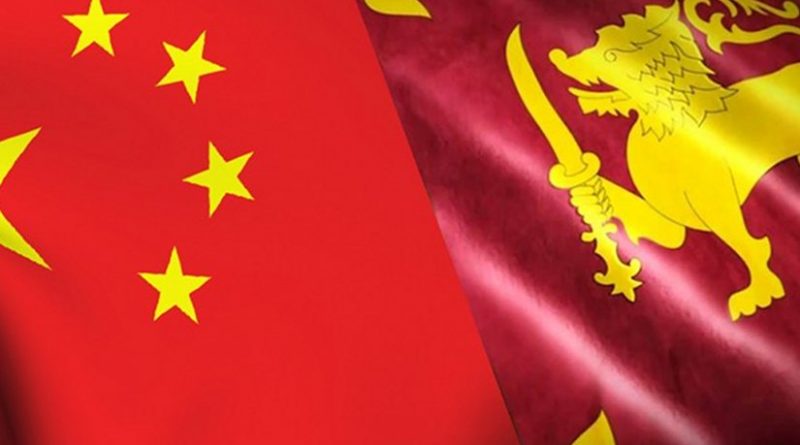 During his visit to Sri Lanka on 28 October, US Secretary of State Mike Pompeo urged Sri Lanka to make a difficult but necessary choice with regards to its relationship with China. With US president-elect Joe Biden due to be inaugurated in January 2021, the time is ripe to reassess the state of China–Sri Lanka relations given Sri Lanka’s strategic location in the centre of the Indian Ocean.

The Chinese debt trap remains a controversial issue. Since the early 2000s, China has become an important provider of commercial loans to Sri Lanka for infrastructure projects. There are claims that by accepting such loans Sri Lanka is now stuck in a ‘debt trap’. But Sri Lanka is not in a Chinese debt trap. Sri Lanka’s external public debt owed to China amounted to US$5 billion in 2018 or about 6 per cent of GDP.

Sri Lanka owes more of its external public debt to financial markets and multilateral and bilateral lenders than to China. The country’s generally high debt-to-GDP ratio over the past decade reflects the costs of a 30-year civil conflict, lacklustre post-conflict growth and notable currency depreciation.

The economic impact of Belt and Road Initiative (BRI) projects is another issue. The cumulative value of Chinese infrastructure investment in Sri Lanka amounted to US$13 billion between 2006 and August 2020. Some projects have brought greater benefits to Sri Lanka’s economy than others. The Colombo International Container Terminal has allowed the deep-water Colombo Port to become South Asia’s premier transhipment hub. The adjacent Colombo Port City, built on reclaimed land from the sea, could be a game changer for modern service sector growth and post-COVID-19 economic recovery.

But the benefits of some BRI projects in Sri Lanka remain questionable, including the Colombo Lotus Tower — a delayed telecommunications and leisure project. The rising imported inputs from China for construction projects in Sri Lanka have widened the significant trade deficit between the two countries. There are also less visible economic spill-overs from Chinese projects in terms of foreign investment from China into the Sri Lankan manufacturing sector, technology transfer and local job creation.

Senior Indian officials are concerned that a growing Chinese footprint risks violating Sri Lanka’s sovereignty and threatens India’s Southern flank and national security. Concerns have arisen that Hambantota Port — managed by a Chinese state-owned enterprise — could become a dual use commercial/military facility. The concerns grew following India’s skirmishes with China in the Himalayas. In an attempt to reassure India, the Sri Lankan Navy has emphasised that it manages port calls made by foreign ships and security at Hambantota Port. India–Sri Lanka defence cooperation has been bolstered by regular defence dialogues, navy exercises and training in India for the Sri Lankan armed forces.

President Gotabaya Rajapaksa has since congratulated Joe Biden on his election, stating that he looks forward to working with him. Amid a likely continuation of US–China trade and technology rivalries, the Biden administration will likely expect Sri Lanka to match words with deeds.

As a small state without a large military, Sri Lanka should adhere to a strict non-aligned foreign policy in its relations with great powers, emulating the success of Singapore and New Zealand. Sri Lanka should also pursue transparent, market-oriented policies to reassure the United States and other investors. To further allay India’s security concerns, an India–Sri Lanka–Maldives maritime safety and security pact could be explored. These steps would permit Sri Lanka to better leverage its ties with China for post-COVID-19 economic recovery. This requires moving from a foreign borrowing relationship to one emphasising trade and investment.

Sri Lanka should negotiate debt standstills with its creditors, improve its borrowing and debt management systems and build its external reserve buffers through prudent macroeconomic management to reduce any risk of a future Chinese debt trap.

*About the author: Ganeshan Wignaraja is a Senior Research Associate at the Overseas Development Institute (ODI), London. The views expressed in this article are the author’s own and do not necessarily reflect the views of any institution.