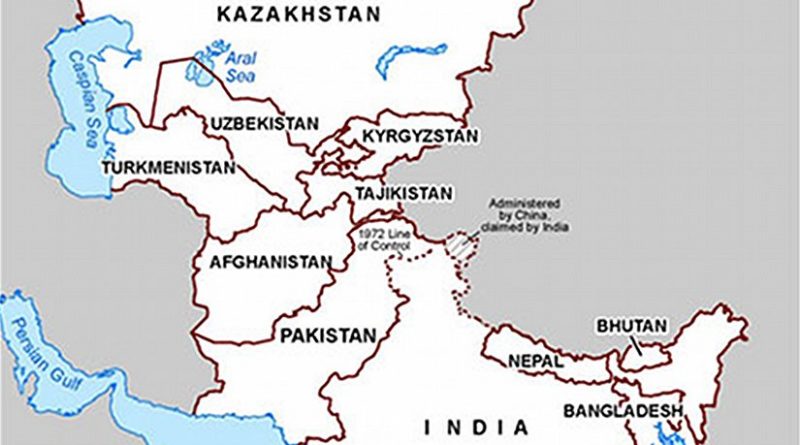 The economics of neighborhood and regional integration are quite important in regions that are particularly land-locked. However, a regional economic integration process has thus far almost bypassed the Central Asia-South Asia economic interaction. Now is when both the regions need to integrate to address their developmental challenges. This assumes special importance in the context of what has come to be known since the Istanbul process as the Heart of Asia initiative. The term ‘Heart of Asia’ refers to Afghanistan and its extended neighbors. It does not denote a new geographical entity; instead Afghanistan’s crucial role is recognized as the land-bridge connecting South Asia, Central Asia, Eurasia/Europe and the Middle East.

The Central Asian region has literally been at the crossroads for the movement of people, goods, capital and ideas across Europe on one hand and the East Asian region, on the other – via West Asia and South Asia. Central Asia has been at the center of the well-known historic trade and transport network called the Silk Route. Today, the Central Asian region is yet again at a cross-road as it has fallen short of unlocking its true economic growth and development potential. One of the important ways to address this could be through regional economic integration.

The Central Asian region, given its typology and geography, appears quite amenable to regional economic integration; and its land-lockedness and locational advantages make it an ideal candidate for deeper regional economic integration. On the other hand, the South Asian Region too is still grappling with major developmental challenges like poverty reduction, social development, energy security, infrastructural development, etc. Most of its countries are LDCs and a few are land-locked. The region has had its own share of political strife.

Given the rich natural and human resource availability, industrial base, services sector dynamism and macroeconomic resilience, the South Asian region offers complementary economic structures that are quite conducive to South Asia – Central Asia economic integration, as some studies suggest.

However, there are significant constraints to trade and investment integration in Central Asia and between Central and South Asia pertaining to trade policy, connectivity, banking infrastructure, among others.

Apart from trade barriers including complex tariff schedules; relatively high tariffs and in some cases restrictions on access to foreign exchange; constraints are also faced in trade facilitating customs procedures as they are at differing levels of evolution in the Central and South Asian regions and they lack harmonization across countries. Not only because of the landlocked and remote location of the Central Asian region and its difficult topography, but also due to deficiencies of their transport networks, and logistics services, trade is hampered between Central and South Asian countries. The issues of transit facilities perhaps assume greater importance.

The importance of the banking sector for trade and investment integration at the regional and inter-regional levels economic growth and development cannot be overemphasized. The linkages between the two regions in several areas of trade finance and credit guarantee and insurance facilities remain underdeveloped. A lack of adequate financial intermediation is acting as a major constraint on trade-related and FDI-inducing trusted business environment, having deleterious implications for regional and inter-regional economic integration.

The investment climate also remains unpredictable in Central Asia. It is characterized by confusing laws and regulations, often enforced arbitrarily. Problems for investments have been identified in the realms of land property rights that have not yet been fully established in most of the countries. Policy reforms focusing on privatization and restructuring of the larger economic entities are far from complete. Moreover, registration and licensing procedures are time-consuming and need rationalization. Some of the South Asian countries too are under-developed in this respect.

In terms of the existing policy mechanisms to economically integrate Central and South Asian regions shows that important fora like the UN-supported SPECA and the Heart of Asia are in place and have received attention at high levels of policy-discourse. However, a more formal policy framework which focuses on integrating the two regions in the realms of trade in goods, trade in services, investment and other dimensions of cooperation is missing and possibly acts as a major institutional constraint on harnessing the potentials for economic integration between the two regions.