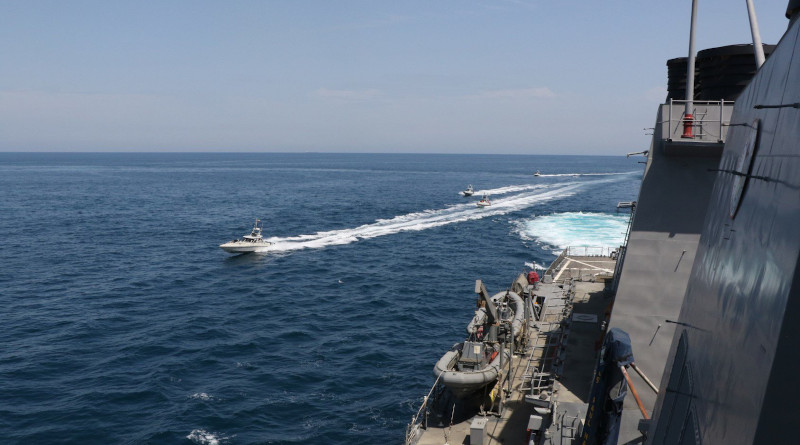 (RFE/RL) — Iran’s Islamic Revolutionary Guard Corps (IRGC) has accused the United States of giving a false account of a recent encounter between the two states’ navies in the Persian Gulf, after Washington blamed Iranian vessels for harassing its ships.

“We advise Americans to follow international regulations and maritime protocols in the Persian Gulf and Sea of Oman, and avoid any adventurism and false stories,” the IRGC said in a statement on its official website on April 19.

The force warned that any “miscalculation will receive a decisive response.”

The U.S. Navy had said that 11 vessels from the IRGC made “dangerous and harassing approaches” toward U.S. naval ships in the Gulf on April 15.

The U.S. ships were in international waters carrying out exercises at the time of the incidents, according to the U.S. 5th Fleet, which is based in Bahrain.

In the IRGC’s telling, its forces were on a drill and faced “the unprofessional and provocative actions” of the U.S. ships.

Close interactions with Iranian military vessels have occurred in the region in the past, drawing warning shots from U.S. Navy ships when Iranian vessels got too close.