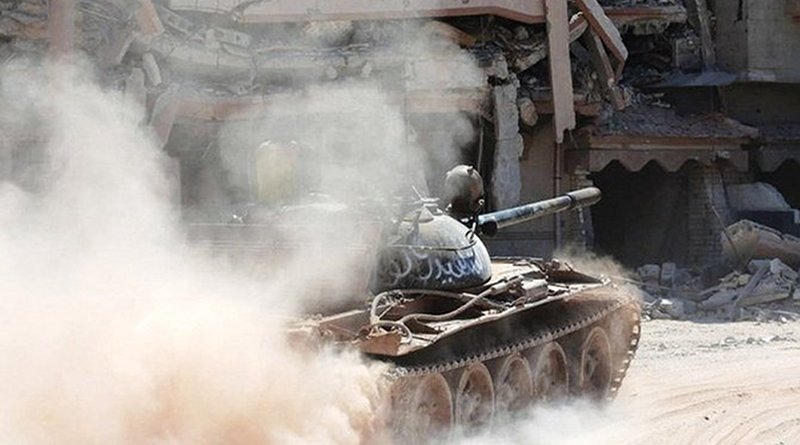 The Government of National Accord (GNA) in Libya last week announced that its army had taken back three towns — Sabratha, Surman and Ajailat — from the Libyan National Army led by Field Marshall Khalifa Haftar.

These locations were occupied by Haftar’s forces after they launched an advance last April with the goal of seizing Tripoli, from where the GNA is operating. After some easy early gains, the attack got bogged down as it approached the city. The GNA put up stiff resistance when the capital was at risk of falling. The entire last 12 months passed with only minor gains by Haftar’s forces, so these three towns had remained under Haftar’s control for almost a year.

The Libyan war continues to rage, with the further involvement of many outside operators. There are too many mercenaries fighting on both sides. A Guardian report from December last year stated there were about 3,000 Sudanese mercenaries involved in the fighting.

In November last year, Turkey signed two memorandums of understanding with the UN-backed GNA: One for the delineation of Libya’s maritime jurisdiction area and the other for military cooperation. It sent military instructors to help the GNA fight back against Haftar’s forces. As the Turkish military instructors have acquainted themselves with the terrain, they have started to become more effective.

There have been several reports in the international media about Syrian mercenaries being sent to Libya. Some of them were interviewed in Tripoli and said they decided to go there because they were being paid $2,000 per month ($3,000 for officers), while they were receiving just $100 per month in Syria. Their contracts with the Libyan government also included a month of annual vacation and compensation of $3,300 for being wounded and $10,000 plus a house for their families if they are killed. Some of the mercenaries also claimed the prospect of Turkish citizenship had been offered — a claim categorically denied by Turkish Foreign Minister Mevlut Cavusoglu.

Ahmet K. Aytar claimed last week in his column in the Turkish Forum that the Turkish state intelligence agency had signed an agreement with Al-Mehdy Al-Haraty — a middleman operating in Ireland — to recruit “a few thousands fighters of the Free Syrian Army” and sent them from northwestern Syria to Libya. Furthermore, SADAT, an international defense consultancy company operating in Turkey, sent to Libya “a sizeable military force” trained by the Turkish army. Aytar claimed that the force was mainly composed of former members of Al-Qaeda, Daesh and the Muslim Brotherhood.

This means that the military operations in Libya are based on commercial deals rather than a patriotic fight for one’s own country.

Turkey was supplying armed drones to the Tripoli government even before the cooperation agreement was signed last year in order to counter the aerial attacks carried out on several air bases controlled by the GNA. After signing the memorandum of understanding on military cooperation, Turkey’s supply of drones has increased. As GNA forces did not possess the experience to operate them, Turkish operators have been deployed in Libya.

As a result of the effective performance of these drones in Syria’s Idlib, Turkey is placing greater focus on them. This may be one of the reasons why the military balance has tilted toward the Tripoli government. How long this tilt will continue will probably depend on Haftar’s capacity to stop it. If the GNA performs better in the war of drones, it will be good PR for the Turkey-manufactured drones on the international weapons market.

Al Arabiya reported in February that 16 “Turkish fighters” had been killed after Ankara moved troops into Libya. The Turkish authorities had previously remained silent on this subject for months, but President Recep Tayyip Erdogan eventually said that pro-Turkish Syrians were in fact fighting in Libya in coordination with Turkish military instructors. He added that Turkey had “a few martyrs” in Libya. It was later revealed that these were two agents of the Turkish intelligence service — a retired colonel and his bodyguard.

The Turkish army’s proxies in Libya will be defending the cause of a government dominated by Muslim Brotherhood-minded Members of the Libyan Parliament.

The presence of Russian Wagner Group mercenaries on Haftar’s side is an important factor to be reckoned with. If they clash with the Turkey-backed mercenaries, this may spoil Turkish-Russian cooperation in many areas.

Libya has suffered a lot since NATO decided in 2011 to assume its “responsibility to protect” the people from their leader. The present landscape does not promise a de-escalation any time soon.