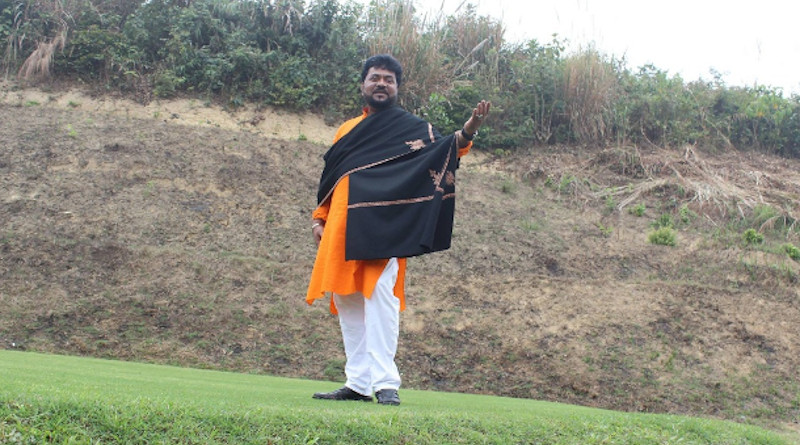 Andrew Kishor, 65, a member of the Protestant Church of Bangladesh and one of the country’s most popular singers, passed away on July 6 after a battle with blood cancer. (Photo: Facebook)

On July 1 Bangladesh marked the 4th anniversary of a black day, but it passed silently as the nation continues to shiver under the spell of the Covid-19 pandemic.

On the fateful evening of 2016, five local extremists, linked with global terror outfit Islamic State (IS), barged into a café in capital Dhaka and opened fire, killing 20 guests, mostly foreigners.

The worst terror attack in Bangladesh’s history was the culmination of a deadly campaign by homegrown Islamic extremists since 2013. The campaign left some 50 people dead, including atheist bloggers, liberal writers, publishers and academics, LGBT activists, religious minorities, and foreigners.

It was a lethal blow to Bangladesh’s long-held image as a liberal Muslim country, and its economic and political fallout threatened the political future of ruling Awami League.

The government response was heavy-handed. Some 50 leaders and operatives of extremist outfits were eliminated in a series of police raids, and dozens were arrested and put on trial in the following months. Amid this massive crackdown, extremist outfits almost broke down.

On the other hand, political and non-political Islamists were fought on two fronts.

First, the leadership of Jamaat-e-Islami, the country’s largest Islamist party and long-time opponent of Awami League, were put on trial, leading to executions and jailing by War Crimes Tribunals, for their crimes against during 1971 war of independence from Pakistan. The party is gasping for survival because of its weak organization, infighting, and lack of influential leaders.

Awami League was also successful in neutralizing some top radical Islamic groups like Hefazat-e-Islam (Protectors of Islam) allegedly by buying out their leaders.

In 2013, Hefazat organized a rally of half of million Muslims in Dhaka to demand a strict blasphemy law and execution of atheist bloggers for defaming Islam. The rally turned violent as protesters attacked vehicles, shops and clashed with police, leaving dozens dead and scores injured.

Four years since the café attack, has Bangladesh overcome religious extremism? Not really.

Three recent incidents show that extremism is alive and active in the naiton’s social psyche, and the efforts to uproot it by brute force and political tact have failed.

One example was the reactions linked to the death of Andrew Kishor, the country’s most popular playback singer for four decades. He died of blood cancer at the age of 65 on July 6. The Protestant Christian, celebrated for his melodious and sonorous voice, was arguably the most known Christian in Bangladesh.

People from all walks of life, including Prime Minister Sheikh Hasina expressed condolences. Yet, a group of Muslims took to Facebook to mock Kishor and his fans. They termed Kishor an “infidel” and denounced mourning by Muslims as “unacceptable.””Music leads people to Jahannam (hell)….He was a Christian who doesn’t deserve Jannat (heaven),” a Muslim wrote.

Another wrote: “Islam says none except Muslims would be entitled eternal peace. A non-Muslim can enjoy pleasures in the world, and not in the after-life.”

The extremists were angry with Kishor, a devout Christian who always wore a cross during his stage and TV programs. His most images circulated on media and social media featured cross hanging from his neck. Extremists felt that by posting Kishor’s pictures with tributes was tantamount to promoting Christianity and anti-Islamic.

Recently, Ayman Sadiq, a prominent educationist and motivational speaker, faced extremist anger for his posts about menstruation and physical consent. He also received several death threats from extremists for supporting the cause of LGBT people on Facebook.

Ayman is a Muslim and founder of 10 Minutes School, a highly popular educational website in Bangladesh. The Forbes’ magazine featured him in its “30 Under 30 Asia” in 2018. Extremist threats prompted him to apologize on Facebook, remove videos, and vow not to offend the religious sentiment of anyone in the future.

On July 11, a group of fanatics was accused of digging up body of a baby girl from a grave just hours after burial and dumping it by a roadside. What was the fault of the innocent baby? She was born to parents who are Ahmadi, a minority Muslim sect considered heretics by radical Sunni Muslims.

There are about 100,000 Ahmadis in Bangladesh who are not outlawed by state, unlike in Pakistan. Still, extremists have attacked them on many occasions. Ahmadi mosques were bombed in southern Khulna in 1999 and in northern Rajshahi in 2015. Several times radical Sunni group demanded that the state declare Ahmadis as “non-Muslims.”

Recent events show that extremism has taken deep root in society. One should keep in mind that the 2013 extremist campaign against atheists and liberals began first in cyberspace. Then they took up guns and machetes to unleash a reign of terror.

The law enforcement has battled extremism by force, and cyber-surveillance and the government made efforts to tackle political Islam. But sadly, there has been no comprehensive national counter-extremism policy.

Extremism is a misguided ideology, but there is no strong counter-narrative to tackle the root causes politically, socially, economically, and religiously. For example, the state has done little to curb popular Islamic preachers, who spew the venom of hate against religious minorities and liberal Muslims, online and offline.

Unless authorities act now, it would be just a matter of time before extremism re-emerged with its ugly head and tarnished the nation’s image further and ate up lives.