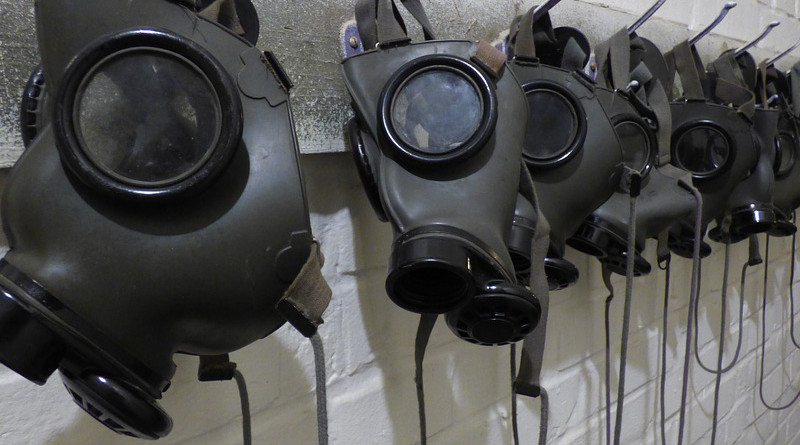 By B S Dhanoa

Military training, especially tactical level training for any of the services, is an amalgam of individual skills, close knit teamwork while understanding each other’s tasks and being able to function in a closeted space as crew of complex weapons platforms, where sensory inputs come in fast and thick and you have to react instinctively, with one’s reflexive training coming in.

All this cannot happen without months (in some cases years) of repetitive and progressive training, which involves close contact between service members, instructors and training aids, or the weapons platforms themselves.

The arrival of a virus pandemic that transmits through close human contact and uses fomites (surfaces that aid transmission) to proliferate has posed a severe challenge to the Army, Navy and the Air Force. How do they ensure that the high level of training skills needed by their multifarious crewmen and women are not degraded by social distancing and precautionary measures, and training can progress as hitherto fore, or as near to what it was before?

With the threat of the coronavirus (COVID-19) not going away anytime soon, this article focuses on ways and means that services can continue to train with the use of technology and available gaming tools, as also to use this opportunity to bring in an increased focus on the exploitation of high-end simulators, using a virtual training environment, for larger force tactical training without going out in the field each time such training is mandatory. Such simulation-based military training is already gaining popularity abroad amongst defence organisations as it offers the dual benefit of boosting operational effectiveness while reducing costs. The examples and suggestions that follow are mainly for the Army, but they can be suitably modified and used in the other services’ training as well.

Simulators (1st and 2nd gen) have been around in the Indian Army since the mid ‘90s onward. Various types of individual and crew-based simulators have been developed and fielded by the organisation itself and through purchases off the shelf, or from manufacturers of original equipment that have supplied simulators for basic orientation of crew with different weapons platforms. However, these simulators are inadequate in number and capabilities to completely replace outdoor training in these times of social distancing.

There will have to be serious thought given to increasing the availability of later generation simulators either through the existing defence production ecosystem (a near non-starter given the cumbersome and laborious defence procurement procedure), or go in for off the shelf purchases of gaming tools and commercial equipment which may partly alleviate the need for waiting endlessly for new equipment to arrive. The financial powers vested in the Vice Chiefs for emergency procurement during the COVID-19 pandemic ought to be, with MoD’s permission, also used for purchasing essential virtual training aids that help soldiers hone their hand-eye coordination and tactical skills.

Today’s generation of new soldiers is savvy in handling their smartphones and can deftly use the device for tasks that the older generation find difficult to do or manipulate on the virtual keyboards these devices have. So we already have a neurological advantage (to loosely use this phrase) with the next-gen of soldiers and crew, who are comfortable handling the keyboards, and even game controllers for online games amongst a few of them (this is an assumption based on presumed likelihood of some urban youth having played online games in parlours, etc.).

There are endless digital games for personal computers and handheld devices available online or as software purchases. Xbox and PlayStation 4 are just two examples of gaming consoles that offer controls and software to introduce and train soldiers to the novelty of doing their actual tasks first online in a gaming world and then progress to the physical one. We should look to authorise a minimum of one such console for each sub-unit, adding it to the list of legal purchases from the training grant at unit level. Critics would say that the virtual world is very different from the actual one. No doubt this is so, especially for military personnel. And yet, rather than sit morosely in barracks waiting for restrictions to lift, use of this time to hone firing or movement skills in games such as Call of Duty and Sniper Elite would be better than doing nothing at all. Even driving skills can be honed online through such games ForzaHorizon4 or AsphaltLegends9 (which is a free software). In fact, US Army soldiers from the 3rd Armored Brigade Combat Team, 1st Cavalry Division are currently using an online tank simulator, War Thunder, to stay sharp and ready despite the limitations on training posed by the pandemic.

The above is just one such rudimentary solution to the challenge of training soldiers who are confined to barracks and unable to handle their actual weapon systems. Numerous such ways and means can be found if robust and realistic simulators are looked upon as the primary means of introducing all military personnel to their complex tasks and the geographical variations of terrain over which they would have to traverse and perform. As the following statement observes:

“Simulated systems are particularly effective for training scenarios that have a high degree of difficulty (that is, involving a large number of complex procedural steps or interactions), have a high level of importance (for example, involving mission or safety critical equipment or operations), or are conducted infrequently which means there is an increased risk of skills fade over time.”

Therefore, one can infer that even for larger and more complex training, combat tactical trainers need to proliferate army wide, in adequate numbers, and should be used extensively in bringing crew and sub units into training for scenarios that are difficult to replicate in the real world but can be done easily in the virtual. Another good example, again from the US Army, is their use of an “Integrated Visual Augmentation System (IVAS) based on Microsoft’s HoloLens technology to ‘rapidly assess’ the temperature of hundreds of soldiers daily in the base’s training pipelines, including basic training and Ranger School.”

Thus, it is a given that we need a better understanding of what the virtual and synthetic training construct that high-end computers, wirelessly connected weapons and crew (through the use of Bluetooth, Nfc, RFID, 5G, etc.) and combat controllers bring to the training environment in terms of their capabilities, effectiveness and limitations. Today, such advanced simulators are only in developmental stages in the Indian military. Cost maybe an inhibiting factor initially, however, we have to realise that with dwindling training areas, increased awareness of the local populace, where ranges exist, of the long-term environmental impact of explosive shells and corrosive munitions, it may be beneficial eventually to start investing heavily in simulators now with an eventual payoff in training and costs in the long-term.

A 2019 RAND Corporation study titled, Collective Simulation-Based Training in the US Army – User Interface Fidelity, Costs, and Training Effectiveness, is quite detailed in emphasising the overall assimilation, simulation fidelity and acceptance among troops of the US Army of the benefits of such virtual training in gauging performance on the field.

Therefore, it would seem worth the effort for the Indian military also to invest well and in a sustained manner over the coming decade in high-end simulators, developing multiple simulation nodes across the country for the effective training (and eventual cost reduction in training) as the capability of such simulation scenarios improves to give a 360 degree immersive experience of operating, executing and even taking casualties on the virtual battlefield. The possibilities are endless and the COVID-19 experience can become a harbinger for this journey into the virtual military world, which can offer endless opportunities to commit mistakes, learn from them and come out victorious in the real one when the time comes.

Home » Military Training In The Times Of Social Distancing – Analysis