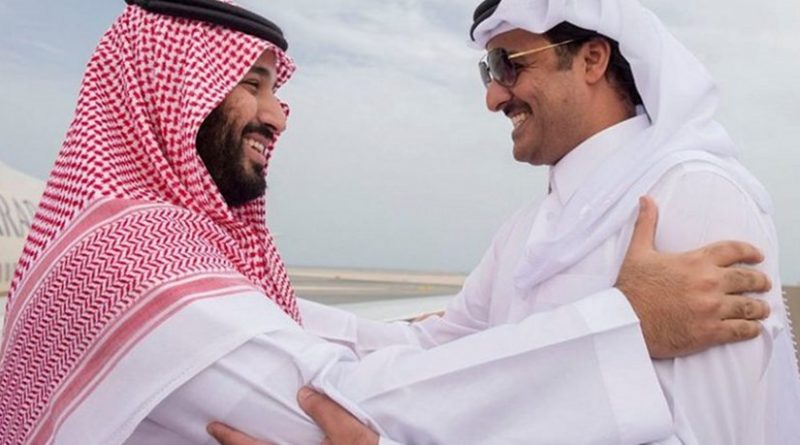 A news agency recently attributed to the White House a statement claiming that President Donald Trump managed to prevent Saudi Arabia and the UAE from invading Qatar. However, an hour later, the US President issued a statement denying the report.

Then another story surfaced claiming that President Trump had rebuked the emir of Qatar, Sheikh Tamim, when they met in New York, and showed him secret information proving that Qatar continued to finance terrorism even after it signed a commitment with the Americans to stop doing so weeks before.

Many stories have been circulated for political purposes, despite the availability of facts to the contrary. The nature of the crisis and the early entrenchment of Qatar by the American bases and international military alliances defy the logic of such ways of thinking. Nevertheless, Qatar has resorted to this propaganda since June to generate sympathy, in Kuwait for instance, and to depict its opponents as evil states.

But the reality is quite the opposite. Qatar has been trying for years to weaken and target states such as Saudi Arabia, Bahrain and Egypt. Its targeting of the state of Bahrain, through supporting the opposition which wants to topple the regime, is no secret. Moreover, it has been financing the Saudi extremist religious opposition in London since the 1990s. This Saudi opposition, which calls openly for toppling the government in Saudi Arabia, participated in the assassination plot against late King Abdullah bin Abdul-Aziz. As for Egypt, observing the Qatari media for one night only would be enough to hear clear calls for toppling the Sissi government by force, in addition to the large and incessant involvement of Qatar in financing the Egyptian opposition.

Nevertheless, none of the affected countries worked on an armed or provocative project against Qatar at the time. Even Hosni Mubarak, the former president of Egypt, who was targeted the most by Qataris, refrained from responding to the Qatari plots and chose to simply ignore them.

The Anti-Terror Quartet, Saudi Arabia, Egypt, the UAE and Bahrain, declared openly their program against Qatar, and there are more than 10 other Arab countries that silently support the Quartet against Qatar. The agenda against Qatar is based on the strategy of isolating and weakening it, with the hope of achieving one of two objectives: Either forcing it to change its policies or at least weakening it to prevent it from meddling in others’ affairs. But no one has suggested, or even hinted at, any intention of toppling the regime of Qatar or its ruler.

Many people think, and they may be right, that the present emir, Sheikh Tamim, is helpless, and that the real person who is calling the shots and creating problems in Qatar is his father, who abdicated, in name only, four years ago.

Since the beginning of the crisis, Doha has been asking the Turks, the Americans, and even the Iranians, for help, alleging that the Saudis and Emiratis have been plotting against it, and that they have been stifling Qatar in an unprecedented blockade. No logical person can believe this Qatari gibberish, which has been copied from the manuals of Gaza, about a country full of Ferraris and caviar. In short, the problem is that the spoilt rulers of Doha do not want to stop playing the role of a big regional state, but are unwilling to bear the consequences of their actions.

• Abdulrahman Al-Rashed is a veteran columnist. He is the former general manager of Al Arabiya news channel, and former editor-in-chief of Asharq Al-Awsat, where this article is also published. Twitter: @aalrashed

Home » Qatar And The Saudi ‘Invasion’ That Never Was – OpEd